In a post shared on Facebook page Singapore Incidents, the guy shared a screenshot of the conversation he had with his domestic helper. He only captioned it with “My maid…” but netizens really laughed after seeing what happened to the dumplings that he asked her to make. 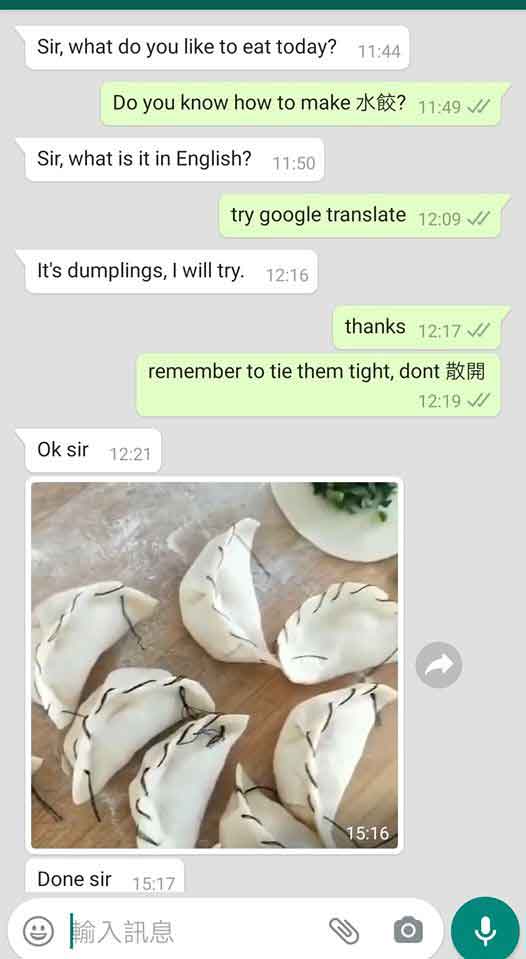 It all began when the domestic helper asked the employer what he wanted to eat. He replied with something she didn’t understand and was later able to translate it to ‘dumplings’ from his suggestion to use Google translate.

She obviously had not tried making the dish before but the made was able to find the recipe, most likely after doing a Google search. Not bad, huh?

But she remembered her employer’s instruction, “Remember to tie them tightly.”

Since she had not tried making this before, she had no idea how to tie the dumplings tightly. But she had the brilliant idea of using thread to ‘tie’ the dumplings to make sure the edges won’t burst open when she cooks them.

She happily sent her employer a photo of the dumplings – much to his surprise! LOL. We are not sure what his response had been, whether he had a good sense of humor to laugh it off or if he was angry over the sewn dumplings. But many netizens took her side. 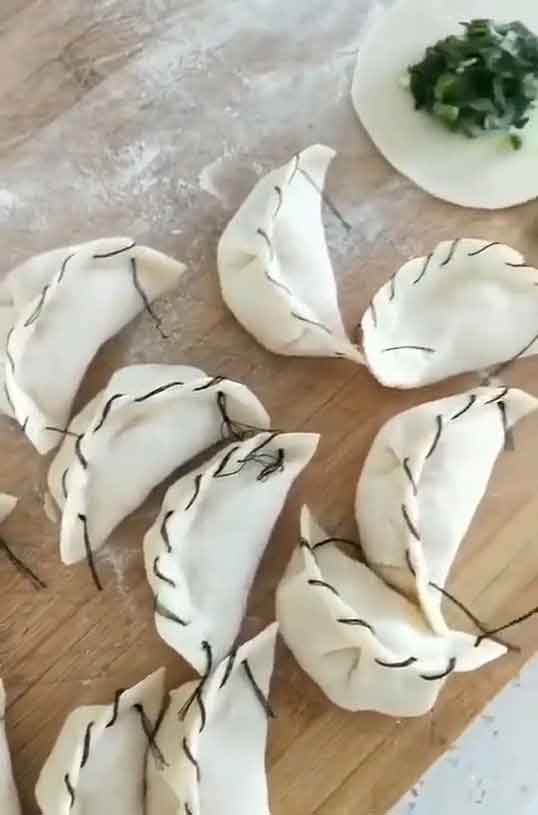 “‘Remember to tie them tight’ the maid just follow your instruction. 😀 She is smart though. 😀,” one wrote.

“When you give her words she doesn’t understand and a dish she never cooked before I think she did a hella good job lmao plus string can just be removed, haven’t you cooked Turkey or roasted a giant chicken before. Plus who even says TIE dumplings,” another pointed out. LOL.

Dumplings are a type of dish that consist of filling (usually made with ground meat and some vegetables) wrapped in dough before being fried or steamed.