Many kids who are sick and bound to a wheelchair for the rest of their lives don’t get to enjoy their childhood. A lot of them are sick most of the time, spending most of their time in bed and just watching the other children play.

A lot of them can’t even walk, let along skip and jump and tumble around like the other kids. Many parents wish their kids could also have a good time, but most playgrounds and theme parks don’t cater to children with special needs.

Recently, however, a heartwarming video of a wheelchair-bound kid ‘jumping’ on a trampoline had gone viral. The video was taken at TNT Kids Fitness in Fargo, North Dakota. 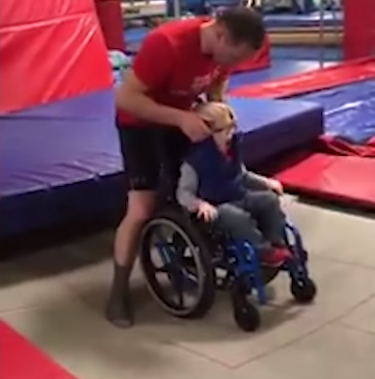 The 4-year-old kid sitting on the wheelchair was identified as Wyatt. He is unable to walk due to spina bifida and is bound to that wheelchair for the rest of his life. Because of his condition, Wyatt could not do what most kids take for granted – and in the past, he only watches them jump on the trampoline.

But during the Giving Hearts Day, a 24-hour charitable event held in Minnesota and North Dakota, Wyatt was given the chance to enjoy something that many thought is not possible: jumping on the trampoline while riding on his wheelchair. 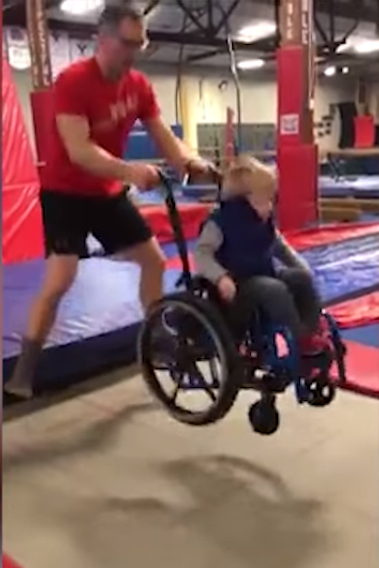 “I didn’t even think it was possible that a wheelchair could jump on a trampoline. Yeah, it’s really cool,” said Wyatt’s mom, Allison.

Mommy Allison wasn’t the only one excited about the event! In fact, Wyatt was smiling from ear to ear as he told the employee holding his wheelchair to go faster. It was totally awesome! 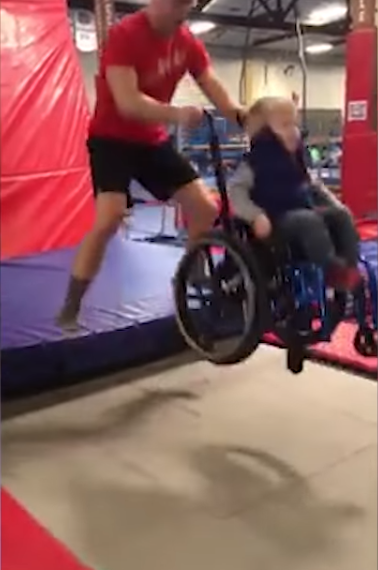 “Every day we get to see these amazing men and women work with kids with special needs, and really, they’re able to tap into potential that parents didn’t even know they had,” explained Allison.

According to Allison, Wyatt has been going to the fitness center and enjoys the welcoming atmosphere as he gets to have fun like most kids can, despite his condition.