This is an old video but it never fails to bring tears to my eyes every time I watch it — and it is the perfect video for Father’s Day.

During the Olympics held at Barcelona in 1992, runner Derek Redmond was the top contender for the 400-meter sprint. Even before he reached the halfway mark, however, he got injured, with searing pain from his torn hamstring bringing him down on the track.

Born a fighter, the young man stood up and continued the race…even though the pain made it difficult for him to take a step. Race officials tried to stop him yet he persisted. Even knowing there was no way he would ever outrun the other racers, Redmond was determined to finish the race.

A few seconds later, a man could be seen running from the audience to the racer, pushing through security to reach Redmond. The runner broke down and cried as he hugged the man – his dad – who offered his shoulder and arms as support. 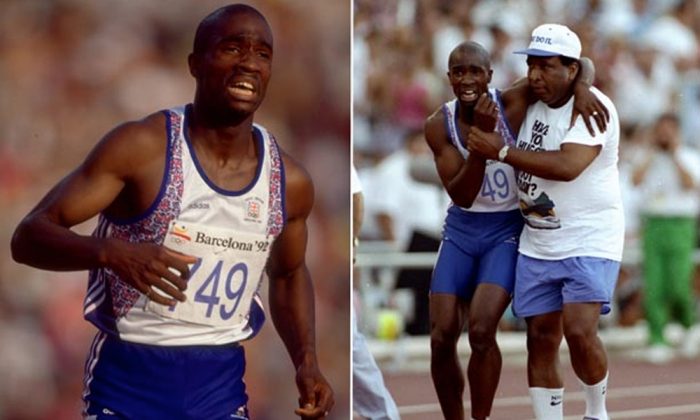 Dad told him he did not have to finish the race – after all, he was surely going to be in last place, anyway. But when the runner said he needs to finish the race, his dad supported him all the way. There was no dry eye at that event as everyone watched the pair walk the oval.

Close to the finish line, dad let him go to finish the race on his own. Yes, Redmond ranked last in that race but he crossed the line with over 65,000 people giving him a standing ovation!

The Olympic Games or simply the “Olympics” is an international sporting event with a variety of competitions participated by thousands of athletes from across the world. The “modern” Olympics are inspired by the ancient Olympic Games held from the 8th century BC to the 4th century AD in Olympia, Greece.

Today, the Olympic Games are held every four years but because there are two competitions (summer and winter sports competitions) that are alternating, we get to enjoy the Olympics every two years.