In the final lap of a cross-country race in Burlada, Navarre in Spain, race leader Abel Mutai (bronze medalist for the 3,000-meter steeplechase at the London Olympics) slowed down just 10 meters to the finish line, possibly thinking he had already crossed the line or that there was still one more lap to go.

Spanish athlete Iván Fernández Anaya was running behind Abel when he noticed the latter slowing down. Iván knew that Abel had been the race leader since the very start – and the guy would have won the race by minutes!

Since Abel made a mistake, Iván could have easily zoomed past him and win the race despite running far behind the race leader for most of the track yet this honest guy did not take advantage of the situation. Instead, he ran as fast as he could to catch up with Abel and informed him of his mistake.

Since there was a language barrier between them, Iván simply used had gestures to guide the Kenyan runner to the finish line. It was only after Abel had crossed the line that Iván crossed it, too. 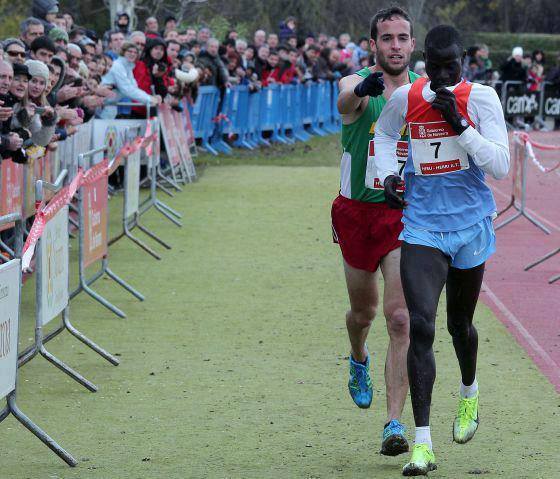 Of course, exploiting Abel’s mistake and winning the race would be valid – after all, it was the Kenyan’s own mistake and no one tried to mislead him yet Iván knew it was not the right thing to do.

“But even if they had told me that winning would have earned me a place in the Spanish team for the European championships, I wouldn’t have done it either. I also think that I have earned more of a name having done what I did than if I had won,” Iván said after the race. “And that is very important, because today, with the way things are in all circles, in soccer, in society, in politics, where it seems anything goes, a gesture of honesty goes down well.”

“Unfortunately, very little has been said of the gesture. And it’s a shame. In my opinion, it would be nice to explain to children, so they do not think that sport is only what they see on TV: violent kicks in abundance, posh statements, fingers in the eyes of the enemy,” he added.

It is a known fact that Kenyan runners are among the fastest in the world. They are so fast that people would say, “Run like a Kenyan” if they want you to run faster than you possibly can.

Kenyan runners are so fast that if ever you watch a race with Kenyan runners, you can bet on them and surely win!

Here’s one excellent race example: In 2013, the winner of the Berlin Marathon was Kenyan Wilson Kipsang. His time of 2 hours, 3 minutes and 23 seconds is the fastest marathon time ever recorded. But aside from this particular win in this major international race actually breaking world records, it was amazing that the second, third, fourth and fifth place winners were all Kenyans as well! Incredible, isn’t it?