Fond of drinking bottled drinks, netizens Miguel Aquino would soon find a way to transform his spending habits to saving habits using the discarded bottles he had at home – and this would actually save him nearly Php55,000 in just a matter of months, even if he does not have a big salary!

How did he do it?

In a Facebook post, Aquino detailed how it all started when he put some coins inside a bottle after realizing he had a lot of loose change in his pocket. What he did not know is that this would soon develop into a habit that had him change his lifestyle so he could save more. 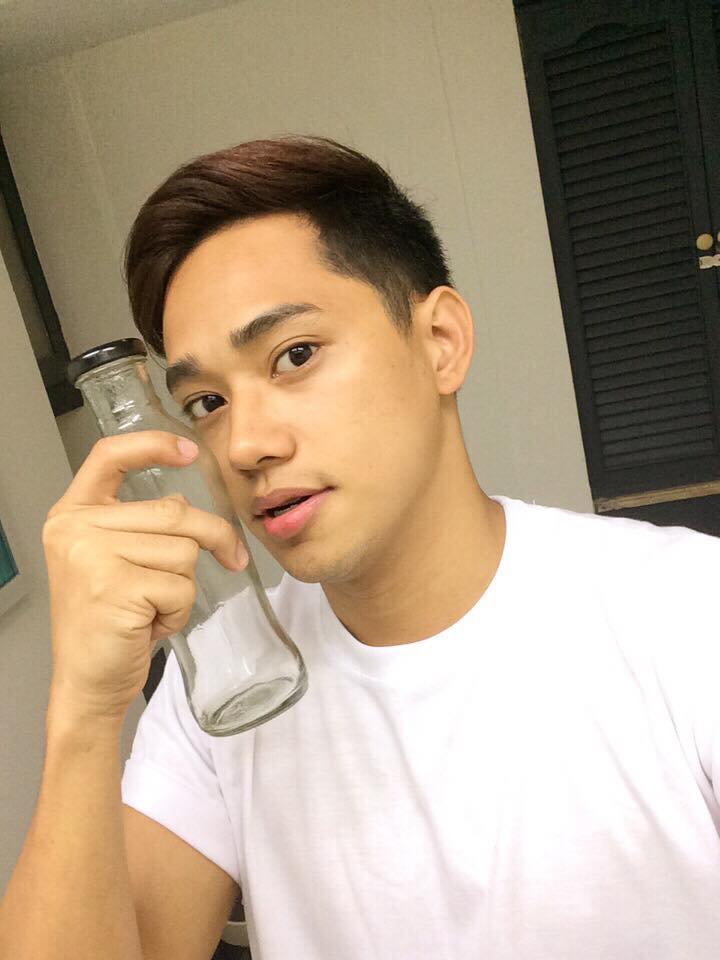 Aquino mentioned that he started with just putting all his loose change inside the bottles at the end of the day but he would later add paper money into his bottle savings bank as his lifestyle changed.

It amazed him how easy these changes came to his life. Instead of buying a drink from Starbucks, he buys instant coffee. According to Aquino, he takes out Php185 ($3.70) from his wallet, buys the 3-in1 coffee for Php10 ($0.20), and puts the remainder of the amount into his bottle bank.

He does the same thing when he feels like going out to eat at a fancy restaurant or something other thing he wanted to buy. 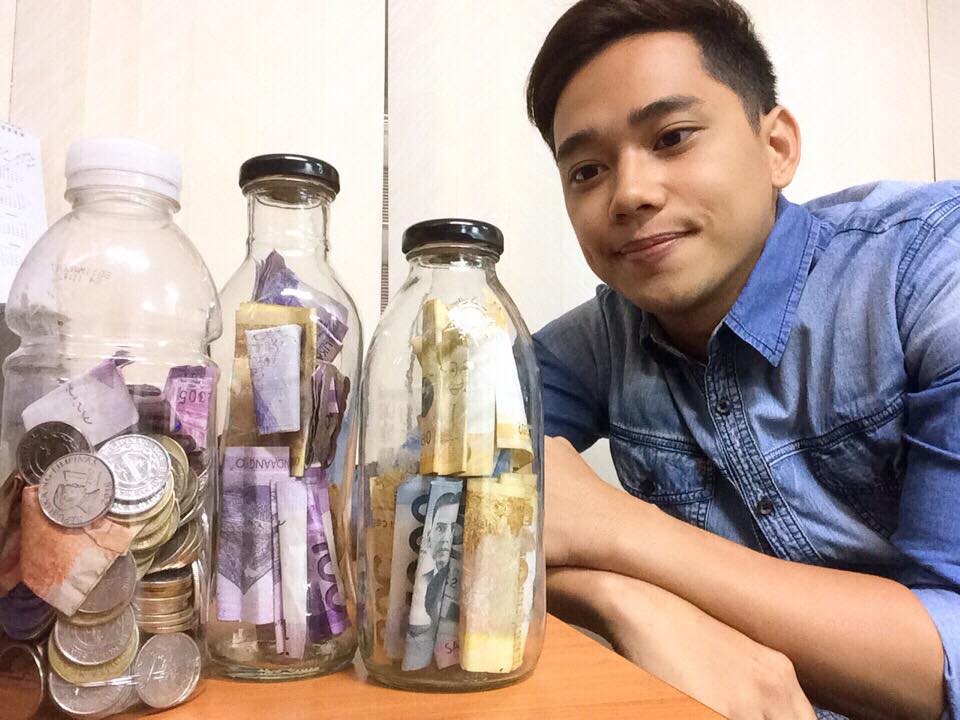 Soon enough, he learned to become so frugal that he gets to save 30% of his salary, spending only 60% for his needs and wants. He also makes sure to give 10% back to the Lord as tithes.

Aquino said he put half of his savings in the bank and half as business investment. Wise decision, eh? 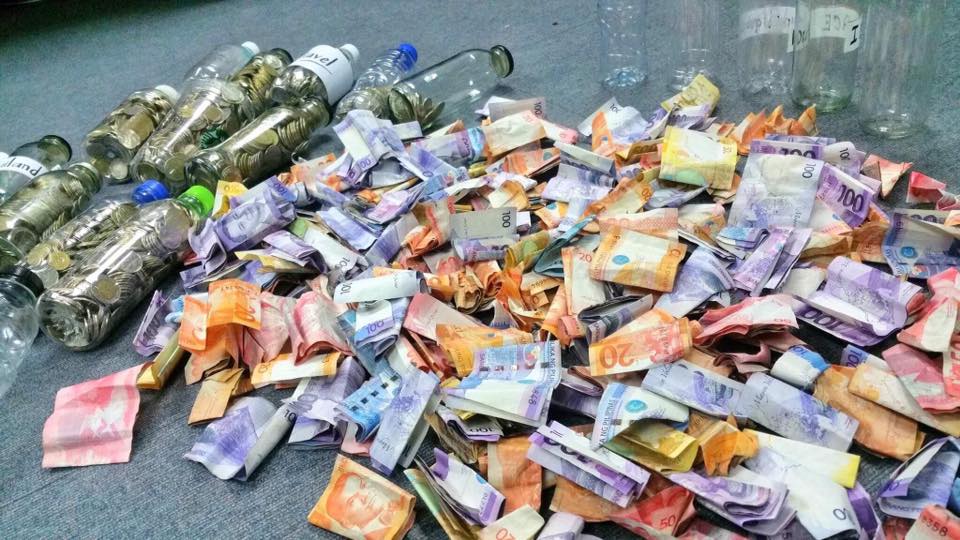 ‘Tithes’ is the term used for the tenth portion or 10% of a person’s salary. This is given as offering to the church.