A ‘suki’ (frequent buyer) at Mercury Drug Bocaue Branch in Bocaue, Bulacan in the Philippines shares the heartwarming story of how the staff of the branch made him feel better after his father passed away.

According to James Hermogenes, they had been buying medicines at this Mercury Drug branch as well as at other Mercury drug branches in the area, including Mercury Drug Balagtas Bulacan, Mercury Drug Meycauayan, and Mercury Drug V. Luna when their parents got sick. As suki, they already personally know some of the staff in these branches.

When his dad passed away, Hermogenes went to Mercury Drug Bocaue Branch the following week to have the medicines refunded because they no longer need them.

Knowing how he must surely feel with the passing of his father, the drugstore’s staff Rechel Sandiego slipped in a bar of Toblerone with his order, adding a touching note that Hermogenes greatly appreciated. 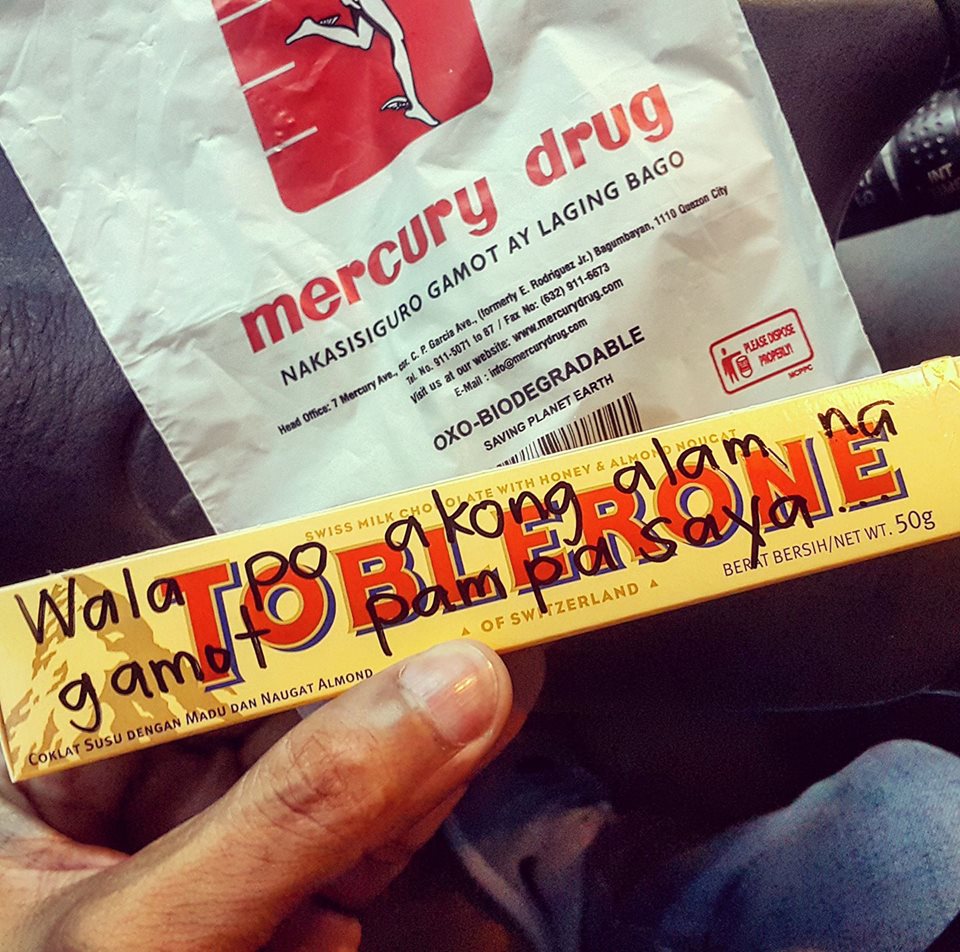 The gesture touched him so much that he penned a heartfelt post on Facebook, tagging his Mercury Drug friends and adding how thankful he was of their dedication to their job and the service they rendered to him and his family, until his parents’ last breath.

Hermogenes wrote that he understands that many people complain about drugstore staff and even write social media complaints or say nasty things to the staff in person but he feels thankful for what the staff had shown him.

According to Hermogenes, he hopes that other drugstore staff would be as kind, helpful, and thoughtful like the ones he met at these Mercury Drug outlets…