Tweeter user @Chaserojo (Chase) went viral this week after he tweeted about his roommate murdering someone in their apartment.

Chase and his 24-year-old roommate Katherine Jean Tonner live in a 3-level apartment with several other people, one of which discovered the murder. But while the rest of the apartment’s residents kept mum about the incident, Chase posted about it on Twitter.

The tweet went viral; although there were many who thought he was just joking and even demanded proof or it didn’t happen.

So, Chase posted photos of the bullet holes in the room and later the mugshot as well as link to the news article regarding the incident. Yes, it was for real. 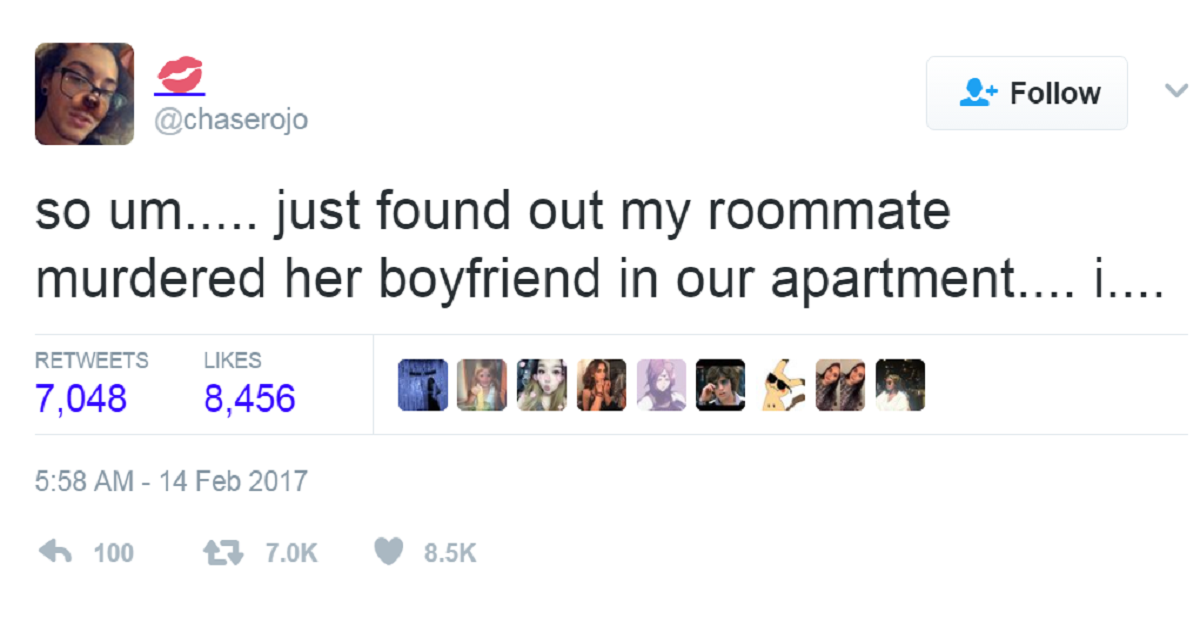 Based on reports, Tonner killed 26-year-old Jose Ricardo Ortiz III who happened to be her former boyfriend. Way back in 2006, Tonner had filed a complaint about Ortiz who allegedly stole several of her stuff to pawn them. Back then, she told the cops that he was her former boyfriend and that she wasn’t sure if she wanted to report the incident but she did so because she wanted the items back.

But even when the two have broken up a long time ago, Ortiz still regularly goes to Tonner’s apartment. 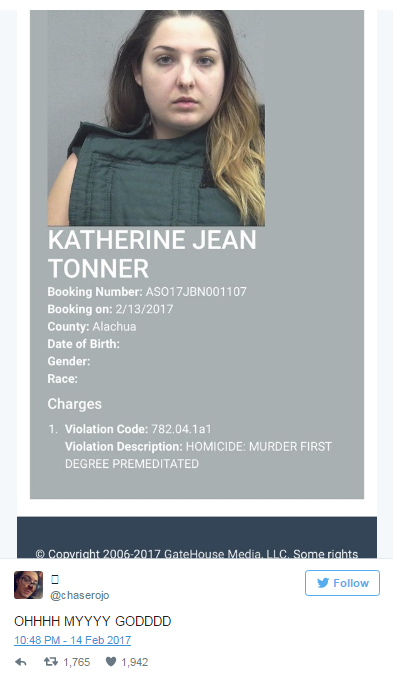 Last Tuesday, February 13, three shots rang out in Tonner’s room. A flatmate living at the third floor then heard a car driving away after the shooting. He went down to investigate and found Ortiz lying lifeless in Tonner’s room. He called 911.

Meanwhile, a distraught Tonner would also later call 911 from her parents’ home, telling cops she killed someone she loved and that she was suicidal. Cops are still investigating the motive for the murder.

But Chase’s tweets continued to go viral, especially after he posted an update in the investigation: Tonner had actually written “Death” on the calendar in the kitchen but none of them noticed it… Creepy.