A guy sends cake and desserts to his girlfriend but ends up getting scolded because the woman prefers cash. Ouch.

A lot of ladies complain that their man does know how to be sweet, but one lucky girl got angry because her guy gave her some sweets. She thinks it is not a good idea because it will make her fat and there are no utensils included. She prefers cash, instead. 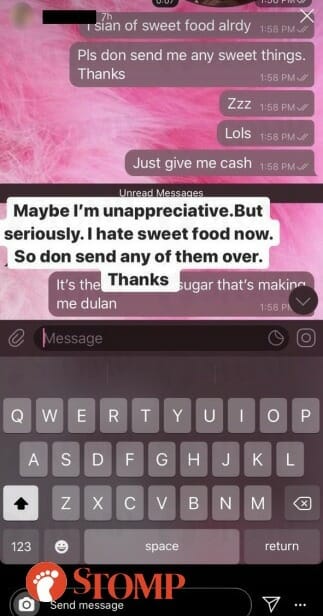 This happened during the movement control order (MCO), similar to a lockdown, in Singapore. With people not allowed to go out, couples can’t date or bring each other food. So, one sweet guy decided that if he can’t bring food to his girlfriend, he’d better just order her some food for delivery.

What’s even so crazy is that the woman was the one who posted her convo with her man, complaining that she does not like sweet food now.

“You bought this overpriced cake and yoghurt, paid delivery fees and there are no cutleries. I will have to use my own and wash them with MY OWN WATER,” the woman told her boyfriend.

“Maybe I’m unappreciated. But seriously I hate sweet food now. So don’t send any of them over. Thanks.”

But she went on to blast him for the expensive treat, saying that he bought such expensive sweets for her but it did not come with cutlery so she has to use her own and wash them. The boyfriend’s effort and sweetness are lost on this woman who thinks that the cake and yoghurt are simply overpriced. Plus, her boyfriend paid for the delivery fee!

She thinks that he could have done better by sending her money instead, so she can buy something she actually liked to eat. Also, she added that she disapproves of food delivery service businesses because it makes people lazier and poorer. Tsk. Tsk.

“Don’t know what to buy me. Give me cash. So easy,” she added, stating some options her boyfriend has in terms of money transfer.

Later, a screenshot shows that someone, more likely her boyfriend, sent her 50 SGD ($35). She’s happy with it. The boyfriend also asked forgiveness but netizens think this should be a wakeup call for him. She’s still his girlfriend and he could still change his mind before he gets married to a woman who can’t even appreciate his thoughtful gift… 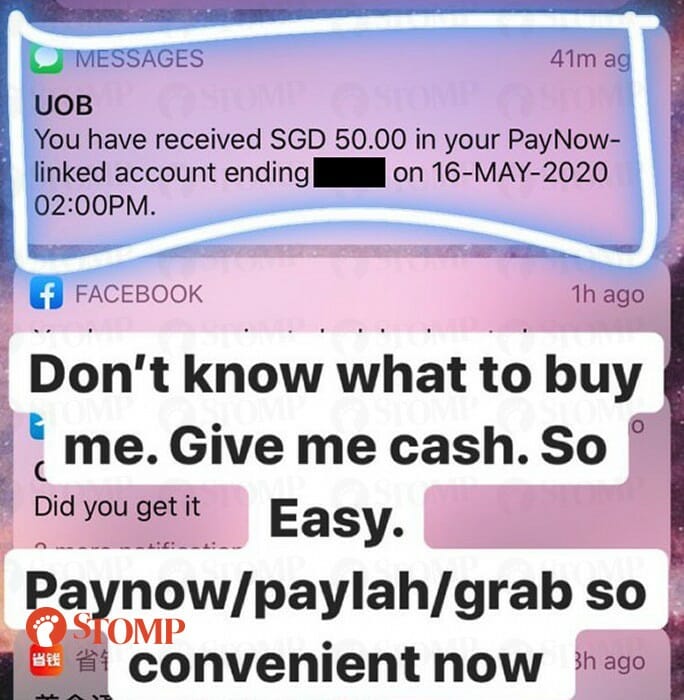 For many, it is difficult to choose whether to give cash or gifts. As shown in this exchange, the woman did not like the gift of cake and yoghurt her boyfriend bought. Some find the best solution by giving gift cards instead. At least, they can still give a gift that isn’t exactly money but the receiver can pick any gift they wanted to buy.