One guy ordered a serving of mac and cheese after seeing the delicious-looking picture on the tarpaulin at the stall; but he received a ‘plate of sadness’ that would soon go viral…

Twitter user Siakap Keli (@Siakap_Keli) shared photos of his experience at the stall selling what he thought was very delicious mac and cheese. The photo on the tarpaulin does looks so yummy and creamy that for the price of RM 5.00 ($1.20), it’s really quite a good deal!

But the good, delicious deal quickly turned sour when Siakap got his order. 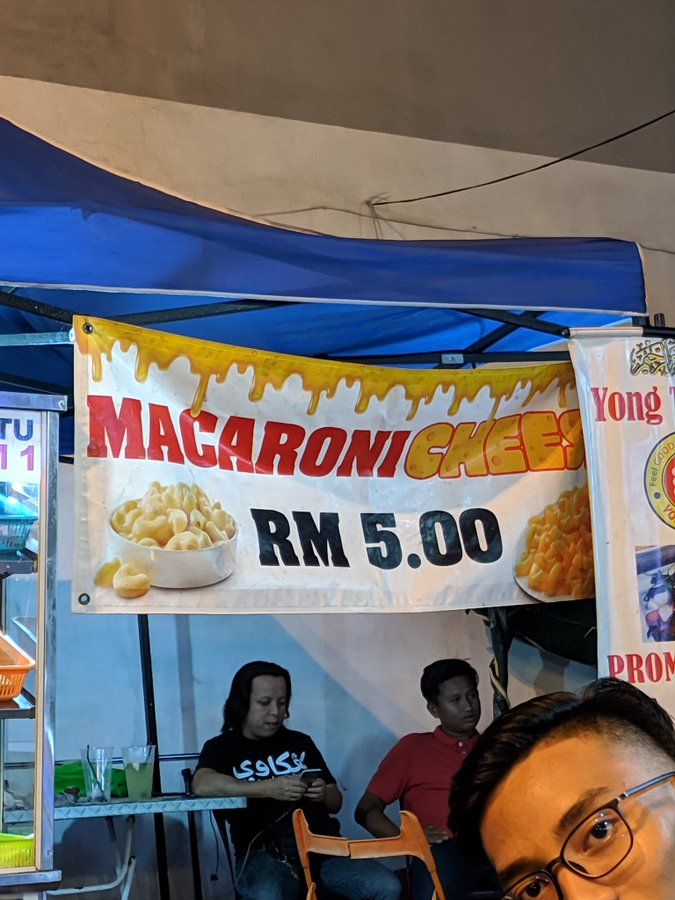 While macaroni and cheese is a dish that many people love to eat as comfort food or even as a snack, this one being sold at the store looks rather unappetizing that Siakap jokingly called it a “plate of sadness”.

As you can see in the second photo Siakap shared on his Twitter account, the snack item was comprised of about half a cup of cooked elbow macaroni with a piece of melted cheese on top. The cheese wasn’t mixed in with the food but only put as toppings on the dish – and it’s the thin slice of cheese that you can buy to make a sandwich!

There are also some tidbits of carrots and very little meat in this dish, making this meal really look so unappetizing.

The creamy mac and cheese on the photo printed at the tarpaulin is clearly a lie! Though the owner might have cooked that for the opening day, but it is certainly not the same as the one that Siakap received. 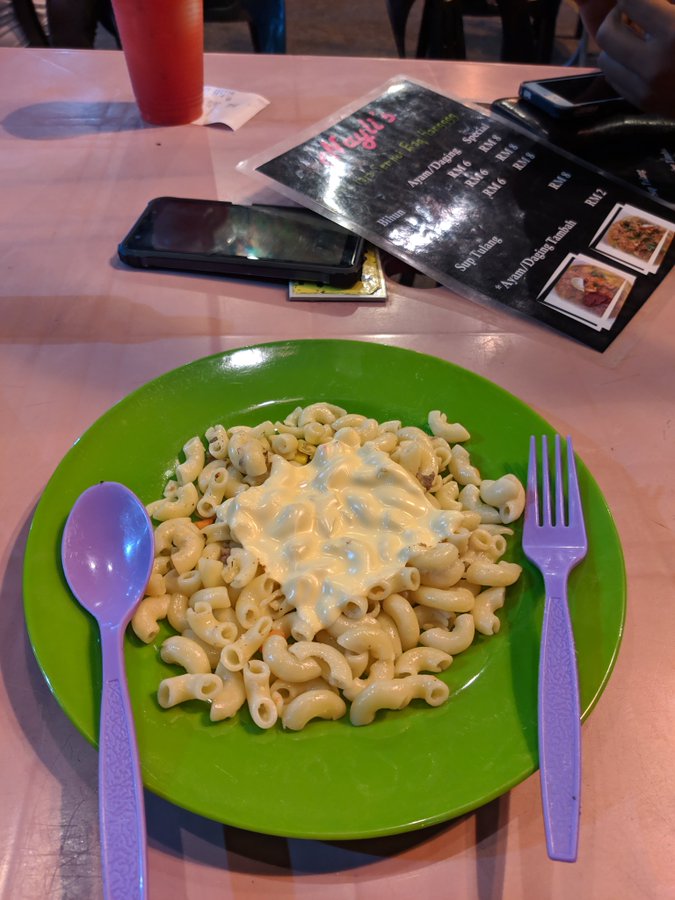 Some netizens commented that for a little bit more of money, he could have gotten other cheap yet delicious items while others even posted photos of the food that they offer at their own food shops.

Guess the vendor took “for illustration purposes only” a little too literally… But reached for comment by World of Buzz, the vendor denied this was theirs; they claimed that it was prepared by another vendor instead.

What is Macaroni and Cheese?

Macaroni and cheese, or simply mac and cheese, is an English dish consisting of cooked macaroni pasta in cheddar cheese sauce. Many also cook this dish with lots of ground meat and some vegetables for added flavor.