Just a couple of days ago, photos of a 19-year-old girl from Iran who supposedly underwent 50 cosmetic surgeries to look like Angelina Jolie had gone viral after many people could not help but comment that she looked more like a zombie or the ‘Corpse Bride’ instead of her idol.

A lot of netizens also expressed concern over the young lady named Sahar Tabar, especially considering that she’s ruined her otherwise beautiful face just to look like someone she deeply idolizes. Instead of enhancing her beauty and looking more like Angelina, she ended up ruining her face and becoming the poster face for botched surgeries. 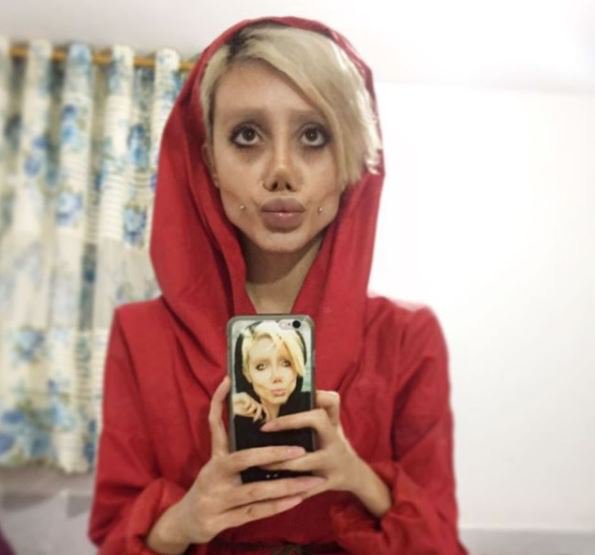 Several sites claimed that Sahar did not just undergo over 50 cosmetic procedures, the nature of which remained unconfirmed, but she also did crash diets just to lose 80 lbs and be skinny like her idol.

It also appeared that she dyed her hair many times and would sometimes take to using special electric blue contact lenses to copy Angelina’s eyes; although the effect of that one was more creepy than pretty, actually.

But one eagle-eyed Redditor noticed some irregularities in the photos which he believed were actually Photoshopped to achieve the strange angles she wanted to project so she can be like Angelina. 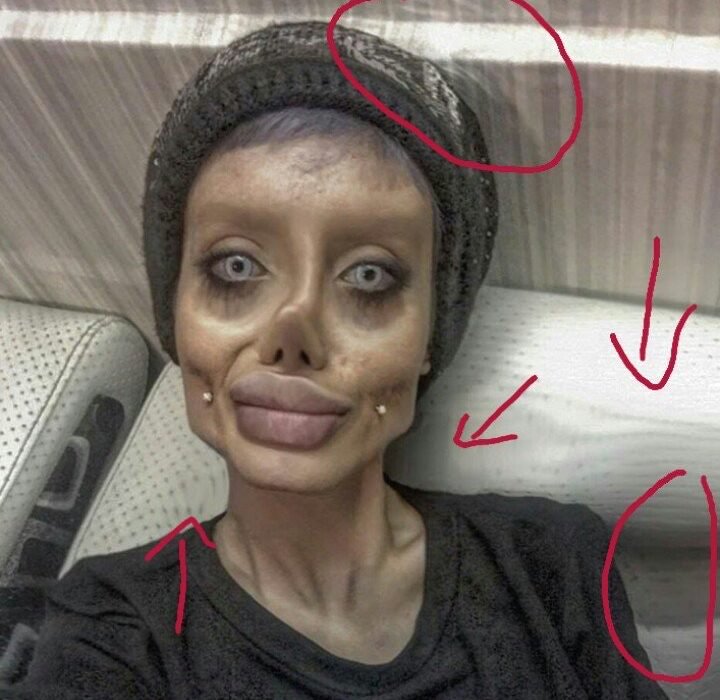 He noticed that many of the photos appeared to have portions that did not match the rest of the backgrounds, if you just look more closely. Of course, most netizens don’t check out the details on the photos or zoom in on them to see the possible edits but Redditor Zaza9000 seemed to have nailed them.

“I do believe she got plastic surgery, but it’s more or less makeup and extremely exaggerating her features that she got done,” he explained.

“I’ve yet to figure out why other than just internet attention and fame. I kinda took it for face value, something you should never do and I ran with it.”