Using materials like wood, gum, plastic, and some metal, a guy in General Santos City in southern Philippines creates small scale models of motorcycles, tricycles, and boats which he sells at the sidewalk.

While he probably didn’t get a lot of attention while he sold these items in the streets, one of his friends thought of posting his creations on social media – and voila! The post went viral and was also picked up by several local Facebook pages in the Philippines where it had also gone viral.

People are now asking a lot about his creations and how to buy them, resulting in him constantly selling out anything that he had finished. 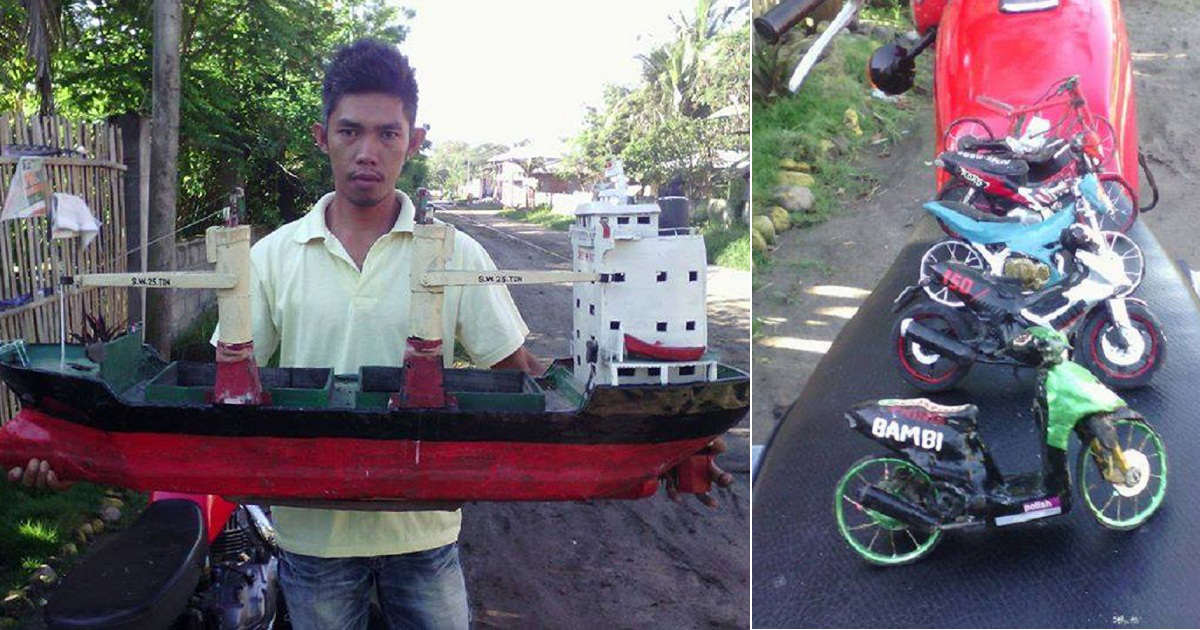 Business is going good for this guy, since his stocks are always sold out! Of course, this meant that a number of people were a bit disheartened that they could not readily buy his creations but with orders now being accepted online instead of him selling these vehicle models in the streets, it has also become easier for people to buy items from him. They just have to wait for some time before he finishes his orders and caters to these new orders.

The photos of this guy’s creations from recycled materials were first posted by his friend, Gwen Gwen Mc Ethan, on social media. While she warned people that she’s not always online, this post paved the way to broadcast her friend’s crafts.

What do you think of these items?

Recycling in the process of using materials, such as glass and plastic, that would otherwise be discarded to create something else. This has been one of the advocacies of environmentalists to reduce the amount of waste.