If you want to enjoy a more comfortable trip, you often have to pay more for premium or first-class seats. But for many who can afford to do it, the difference in the seats and amenities makes the upgrade worth the price you pay.

One guy, however, thought that it is a bit unfair really for people to be sitting in first class while others are in economy. Jack Littlejohn always makes it a point to fly economy, even on long-haul trips. But his mom bought him first-class tickets so she could sit with the family on the 7-hour flight from New York to London. 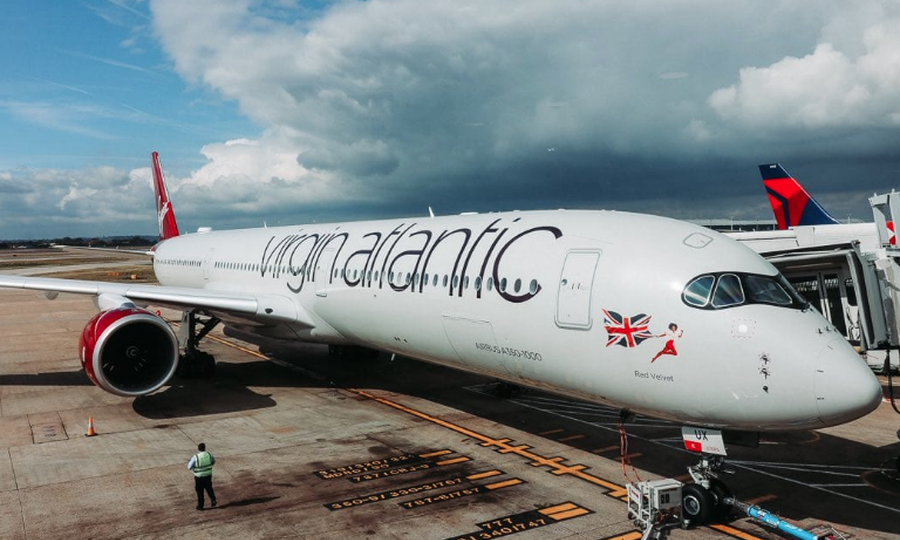 Jack hails from Stirling, Scotland, and had been in New York for his brother’s charity event, the World’s Big Sleep Out, which raises awareness of homelessness. After finding out that his mother bought him first-class tickets, he half-joked that he would give out the seat on the flight – and he actually did it when they got on board!

“I’ve never liked the idea of first class because I don’t like the inequality side-by-side and I don’t think it’s healthy for people who have to walk past all the nice seats to the normal seats. It’s also a metaphor for how society is going, with the inequality just rising and rising,” Jack told Asia Times.

“Before the flight was about to take off, I went for a jaunt through Economy. I was searching for someone cool to give it to – and then I saw Violet, an elderly Jamaican woman, who you could just tell was really sweet.”

After finding out that the 88-year-old lady is flying solo, he offered her his seat at Upper Class, Virgin Atlantic’s version of first class. The old woman was rather surprised and didn’t know how to respond. 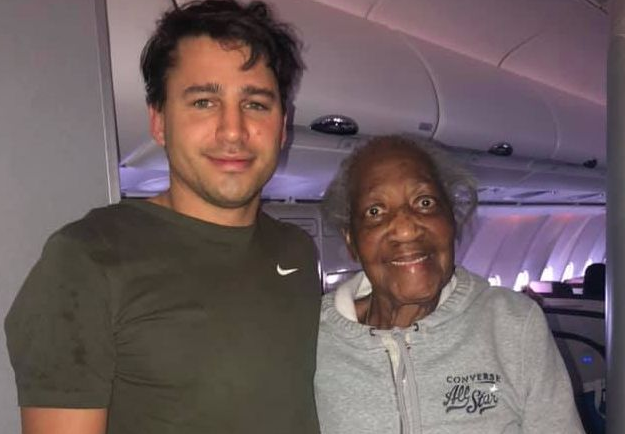 “There was a girl beside her who nudged her and said, ‘it’s very nice up there, I think you should take it’. So she said, ‘Ok I’ll do it’. We gathered up her bags, told the hostess and then jaunted back down the plane to the seat,” Jack narrated.

Violet was happy as she reached the first-class seats where a complimentary water bottle and snacks awaited her. She revealed that it had always been her dream to sit in first class but she and her family didn’t have the money for the premium seats. The old lady revealed that she can’t even visit her daughter in New York a lot of times because the flights are expensive.

Jack happily went back to take Violet’s economy seat and slept for most of the flight. It was a flight attendant named Leah who shared the story which quickly went viral. People praised Jack for doing this random act of kindness for the old lady. After it went viral, he challenged the airline to upgrade seats for the elderly in their flights – and the airline accepted the challenge! 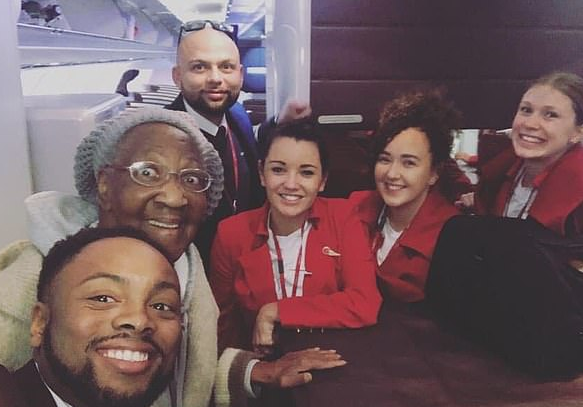 “This is in honor of Jack, giving his Upper Class seat to 88-year-old Violet on his flight home from New York to London. On behalf of Sir Richard Branson and Virgin Atlantic, upgrades will be offered to the eldest customers on board all Virgin Atlantic flights from tomorrow, 24 December 2019 until 1 January 2020,” an airline representative announced.

Difference Between First Class and Economy

The actual difference varies among airlines, but you can expect services and amenities to be better at first class. Complimentary food might be offered at first class or better food choices are available. Generally, seats are more spacious and comfortable in first class, with the possibility of reclining the seats to make beds for long-haul flights.