For the past 5 years, one man has dedicated his life to taking care of homeless dogs – even if that means giving up most of his money on those 80+ dogs!

Michael J. Baines, 48, lives in Chonburi, Thailand. He loves dogs so much that he has nine dogs at home plus four he previously owned but these are now living at his ex-wife’s house.

He owns a restaurant but had noticed that there were plenty of stray dogs going through the trash bin outside, looking for food. So, he thought of a better idea to get them good food: by preparing the food himself! 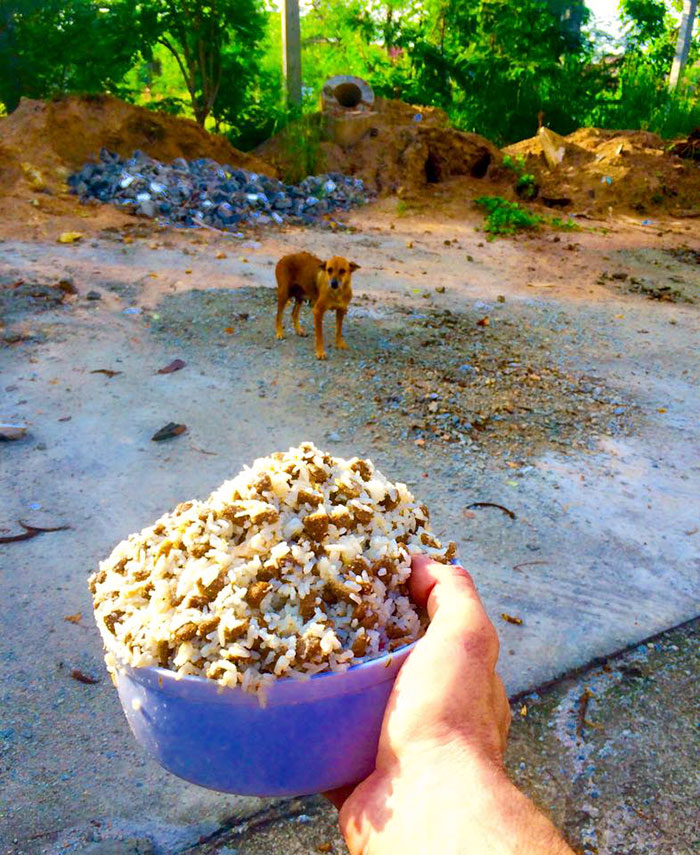 For 5 years now, Baines has been feeding the stray dogs outside his restaurant. But he didn’t stop with those dogs because he also saw that there were lots of homeless dogs roaming the streets in the city.

So, Baines took it upon himself prepare these strays a decent meal. He bought dry dog food which he mixes with steamed chicken or fish, oil, and rice to make the dogs a good meal.

Then, he puts the food outside his restaurant or takes these across the city to feed the stray dogs. It wasn’t his responsibility but he willingly volunteered for the thankless job. 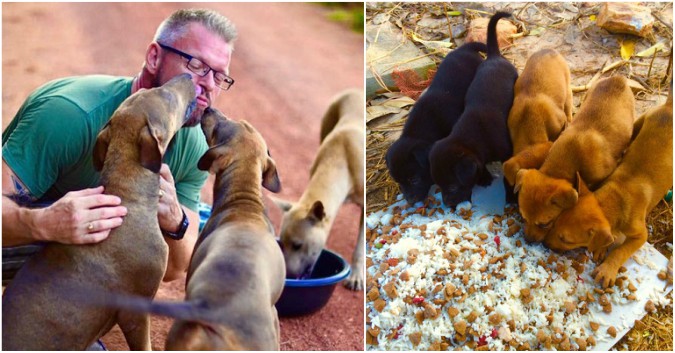 He was viewed as these dogs’ savior that it was easier for him to befriend them. Once he gained their trust, he takes them to the vet to get their shots and be neutered or spayed before he releases them back to the streets.

But he also tries his best to find them homes so they wouldn’t have to roam the streets again.

Sometimes he receives donations from those who are touched by his story but he usually just spends his own money because donations are few to come by. 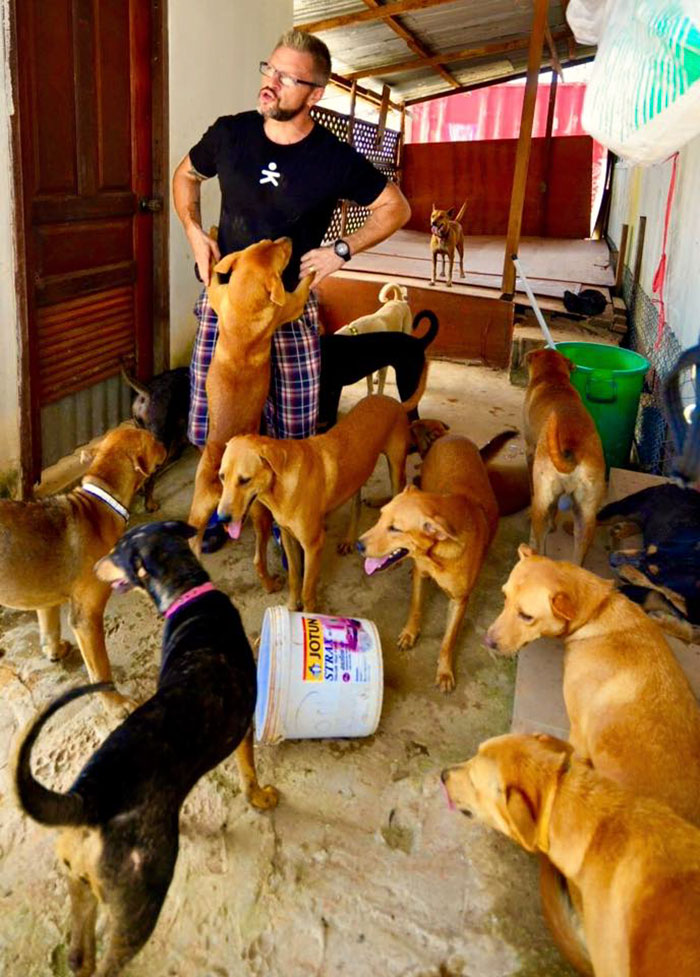 Amazingly, he spends $1,500 of his own money on these dogs – and he does not even own them! It just shows that he has a huge heart…

A thankless job is something that someone works hard on but does not get any recognition or proper compensation from.