We’ve heard quite a number of stories of husbands divorcing their wives after an accident that disfigured their faces or left them disabled for life but there’s this one story of love that’s quite the opposite – and it’s become an inspiration to many.

This is the story of Jai and Sunitha, a married couple in India.

The two were classmates in 12th standard, the final year of secondary school. At the time, while they knew each other, they weren’t really friends. Social media would play a role in them meeting each other after a few years, with Jai soon realizing that he was in love with Sunitha. 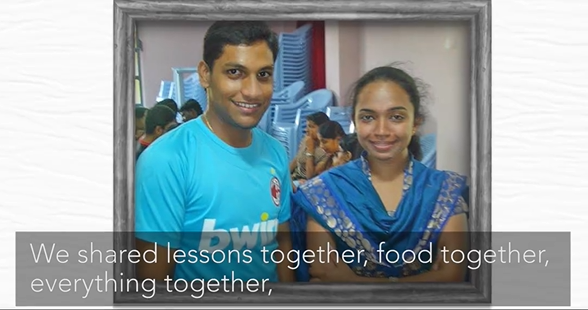 But fate had a cruel way of testing his love for her.

One day, after a rather tiring day, Sunitha was driving home to rest at her mom’s house when she met an accident. Her car flipped over and her face was dragged across several feet, leading to extensive facial injuries; although the rest of her body was fine.

At the hospital, she was battling many infections and had no idea whether she would survive.

When he learned that Sunitha met an accident, Jai wasn’t prepared for what he would see at the hospital. He’s never known anyone who figured in a major accident and he thought she only had minor scratches and cuts. He cried upon seeing her disfigured face.

But instead of thinking about breaking up with her, Jai made the decision to marry her – despite the fact that he knew she would look disfigured for life. The next day, he returned to the hospital to propose to Sunitha but she only laughed, thinking he was joking. It took a while for her to believe he was proposing for real but when she finally did, she said “yes”. 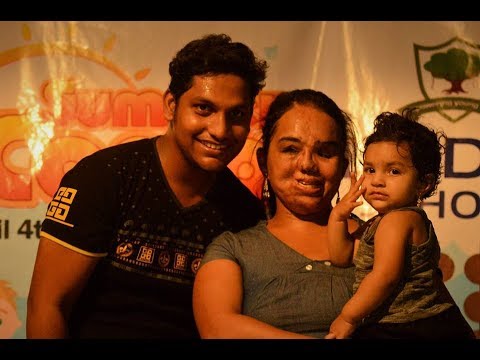 The two now have a lovely daughter together and are the perfect proof that true love still exists!