It is said that guys these days are lucky because they don’t have to personally court their crush as, thanks to cellphones and the internet, there are many ways they could ‘send feelers’ or tell her about their intentions without really having to face them like in the olden days.

But there are still guys who prove that modern courtship are still best done face to face – even if that meant feeling more embarrassment after getting rejected. Many say you just have to take courage and also be creative about it. 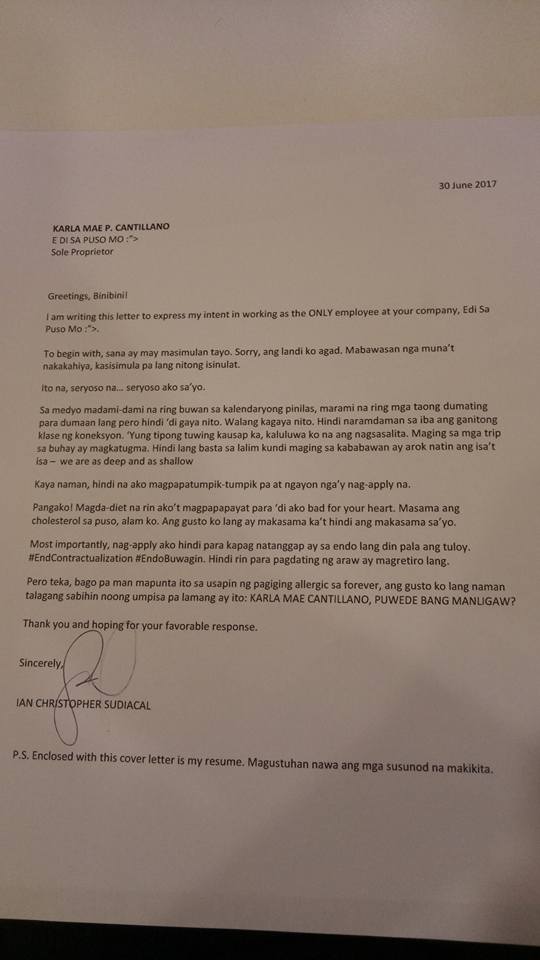 He used his creativity to get to first base by making a humorous resume with a rather hilarious but cute cover letter. Yes, it does seem a little cheesy but in this day and age where girls can take their pick from a lot of guys they meet on social media and even on dating sites, guys really have to be more creative just to gain their crush’s attention.

Sudiacal’s resume isn’t your typical list of credentials and character references. While he did place the schools he attended throughout his life, these came with rather witty comments about his not-so-good track record beyond graduating valedictorian from elementary.

Typical of many millennial who enjoy posting hilarious ‘jobs’ and ‘work experience’ on Facebook, including E DI SA PUSO MO :”> where Cantillano supposedly works, Sudiacal listed his work experiences at ‘companies’ like being chef at the Krusty Krab and as jejemon on Loading… 99%. Yeah, he’s pretty hilarious. 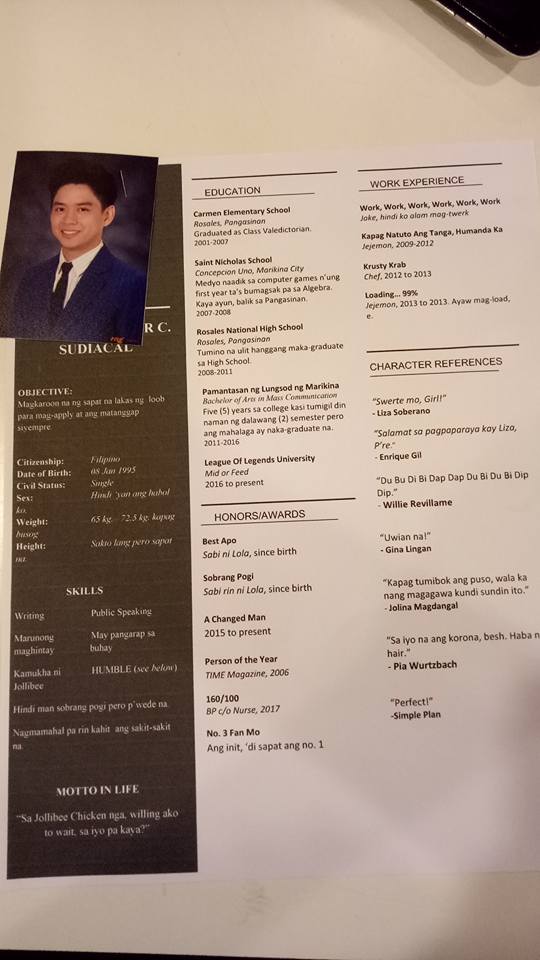 His character references are even crazier as he posted supposed quotes from popular celebrities.

But what really amazed netizens is that Sudiacal actually handed his resume to Cantillano in person! Brave guy, eh? 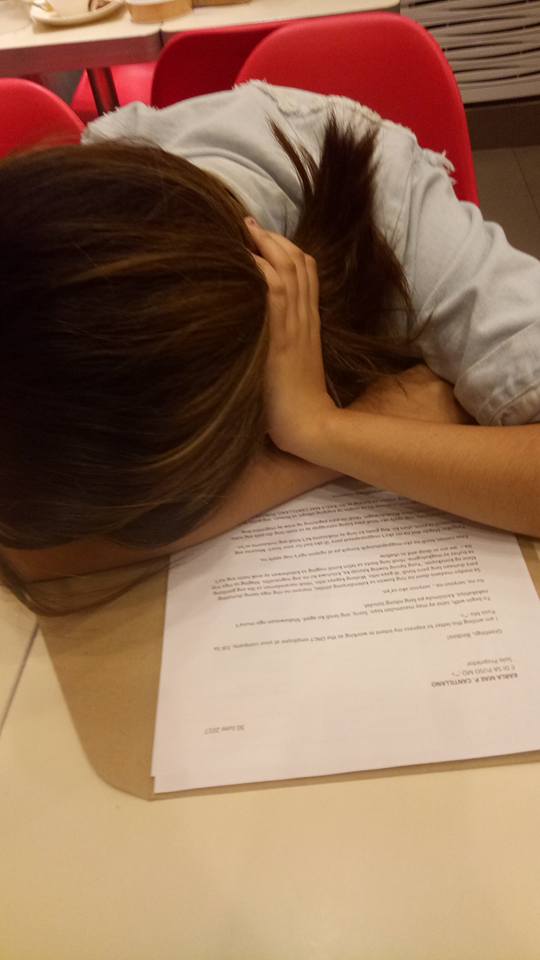 We’re excited to learn whether he would eventually become her boyfriend. Do you think he’s going to win her heart?