On Facebook, you can be friends with virtually anyone and everyone – up to the social media’s limits, of course. But one guy who wanted to make his girlfriend happy has messaged his female FB friends to ‘unfriend’ him.

The guy, JM Prudente, wrote his female Facebook friends to ‘unfriend’ him so his girlfriend would not be sad. He said that he could not do it himself as he only uses free data.

He added that he doesn’t really feel that he’s handsome and should ask girls to unfriend him but for the sake of his girlfriend’s happiness, he wants his female friends to do it. 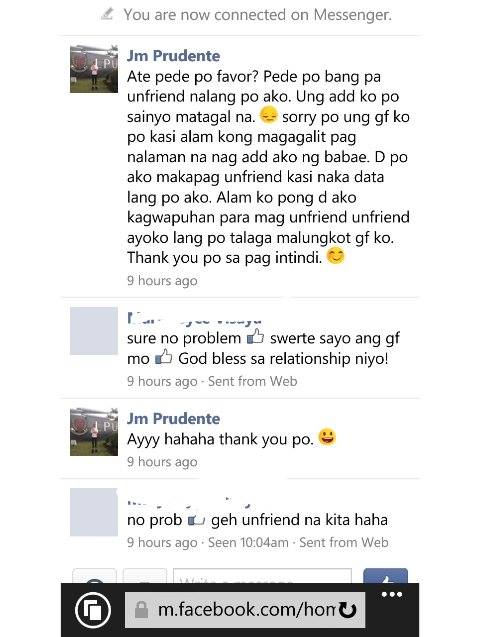 His request went viral after netizen Jahz Navarra shares a screenshot of his convo with another Facebook user.

Navarra wrote, “He’s the “unfriend mo na ko, magagalit gf ko” in this world full of “text mo na lang ako, baka makita ng gf ko” which easily meant that this guy was honest to his girlfriend and didn’t want to hurt her whereas there are other guys who secretly tell girls to just send them a text message so their girlfriends won’t be able to read the convo. 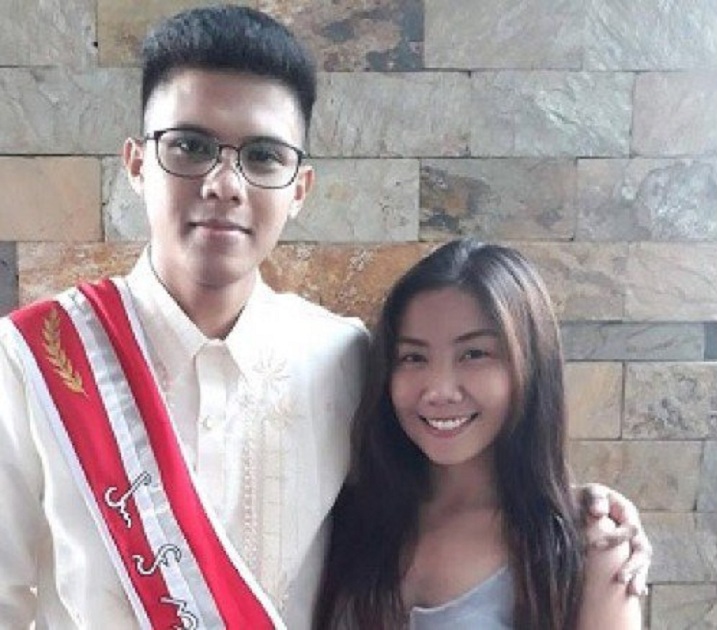 But as expected, while there were many who admired this guy for his rather unusual request, many also bashed the couple for their jealous relationship and told them to ‘grow up’ and understand that there will always be other girls and other guys that your partner will meet – and it is up to them to stay faithful or not.

What is Free Data?

Free data enables users to check their social media accounts and messages even if they don’t have cellular load and data credits.