The young author of “Does Forever Really Exist?” had just turned 18 years old! Happy birthday, Charrie Joan Montemayor! The brilliant girl who penned the touching essay back when she was still in high school is now a lady – and she had an awesome debut last March 26, 2016.

The grand celebration of her coming of age wouldn’t be complete without the help of the party suppliers the Montemayor family had enlisted to help them make the sweet celebration a glorious success. 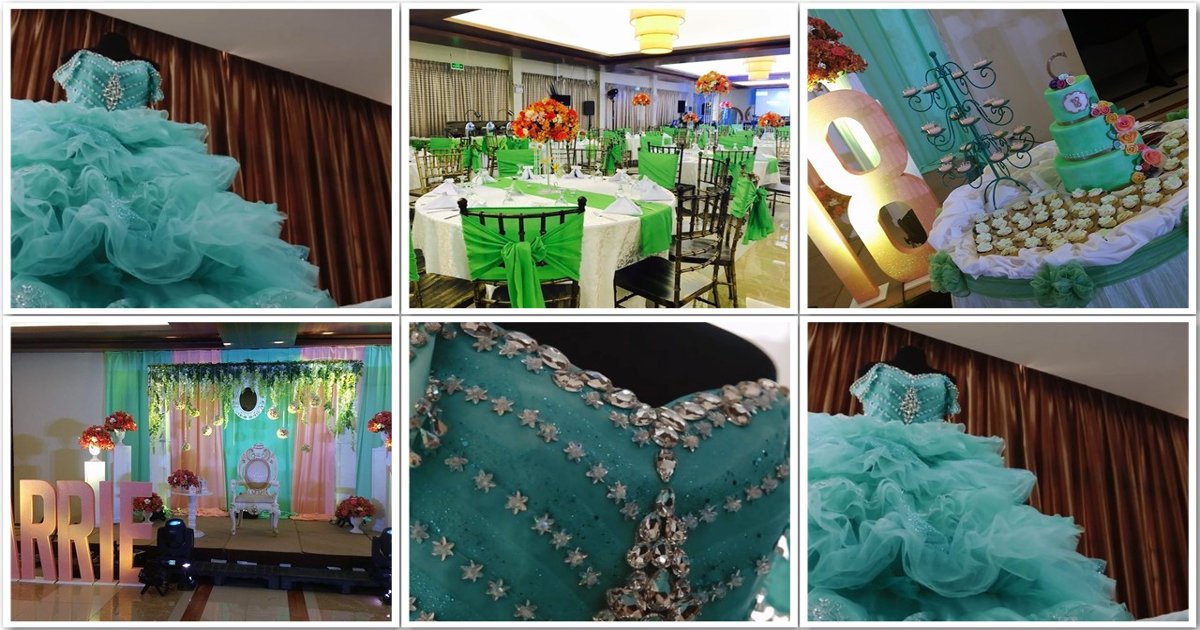 RachFeed is sharing the family’s personal experience with the party suppliers and other entrepreneurs they had dealt with during the grand event to help serve as your guide in finding the best party suppliers and events coordinator for debuts and other special occasions in Olongapo City in Zambales, Philippines.

According to the Montemayor family, the event was a huge success – and they are thankful to everyone who were with them every step of the way, ensuring that everything would go as smoothly and wonderfully as possible.

Indeed, everything was perfect except for two minor problems they encountered with the hotel.

According to Charrie’s mother, Joan Montemayor, they had booked the hotel’s function hall some 6 months prior to the event.

“We are complacent that no intricacy or complications will occur since we reserved it ahead of time,” Joan said. Much to their surprise, however, the hotel management called them a day before the debut to inform them that another group will be using the function hall until 12:00 noon; this gave their party suppliers, stylists, caterers, sounds and lights, designer, etc. just around 4 to 5 hours of preparation time.

Thankfully, despite this setback, the party suppliers managed to set up everything on time and the debut commenced without further hitch.

Moreover, although the family had requested for early check-in (at 12:00 noon) to prepare for the debut, only one of the two rooms they booked was available for early check-in and they even had to wait a full hour after the regular check in time before the second one was ready for them to use. Check-in time was supposed to be at 2:00 PM but the second room was only ready at 3:00 PM.

While that might not be a big deal for any other day, the 1-hour time difference has a huge bearing on the family since they had to be ready for the big event which starts at 6:00 PM!

Aside from those minor problems, however, the Montemayors revealed that they had no other problems with the hotel whose staff were very friendly and accommodating throughout the event and their 2-night stay after the party.

The following are the rest of the designers, photographers, and other party suppliers the family commissioned for Charrie’s grand debut:

Joan describes Rallen as “very approachable and easy to talk to, and made my daughter’s stage and back drop design perfectly even in a short period of time.

As you can see in this photo, Rallen truly created an awesome design for the stage despite the 5-hour time pressure:

“With his simple yet elegant design, he’s definitely one of the best coordinator/designer in Olongapo City,” Joan said.

Recommended by their friends in Olongapo, the family didn’t look for any other caterers in the area especially since they are based in Baguio City, several hours away from the debut venue.

Thankfully, the caterers were as good as their friends promised. Joan said, “They served us and our guests sumptuous and delicious dishes. Very friendly and jolly owners.”

Here are some photos of the food served by Chef’s Avenue during Charrie’s debut:

“If you’re planning any event, I would definitely recommend DJ Lexy Grey. She made our event very lively, no dull moments, no dead air,” Joan enthused. She also revealed that Lexy did not bring a script! “We requested her not to be formal on the event – and she did it very jolly and bubbly.”

Check out some of their photos during the event:

“The design of the cake and pastries on the sweet station is as sweet and beautiful as the owner Ms. Desirae Edquiban,” Joan said. “She made the cake simple as I requested.”

Look at this simple yet elegant setup Desirae created for Charrie’s cake and sweets station. The cake design is surely not competing with Charrie’s beauty as the star of the night – and perfectly so, just the way her loving mother wants it to be!

The family had to commission several photographers since, as mentioned above, they live far from the event venue. These photographers and videographer captured Charrie’s precious moments:

Owned by Mr. Marvin Tuazon, the studio had very professional photographers and videographers. The family praises the Same Day Edit (SDE) video of the event.

The following photos speak volumes of this guy’s talent:

Charrie’s beautiful Save the Date and Pre Debut Videos were made by DJ Robles Films.

Just as the family needed several photographers/videographers for the event, they also hired several HMUAs to make the Baguio and Olongapo photoshoots work best.

Here are the HMUAs for Charrie’s pre-debut shoot and for her big day:

“One of Charrie’s dream is to have Ms. Gheneva Manalo as her make-up artist on her debut,” Joan revealed. “She’s always ‘stalking’ Ghen’s Facebook profile because of the awesome outputs. Despite the simple and very natural make-up, you’ll soon be surprised that you already look like a celebrity once Ghen is done with your make-up.”

Here are Charrie’s ‘before’ and ‘after’ photos… Isn’t she gorgeous? 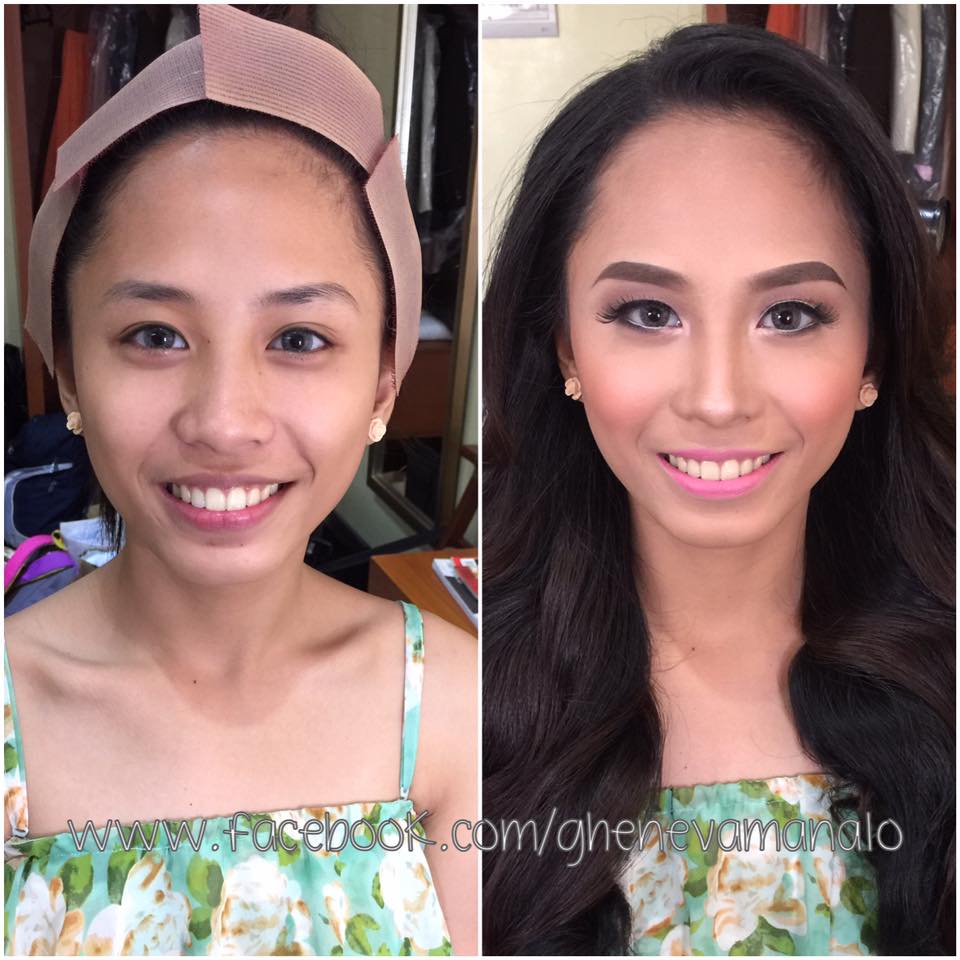 Charrie also personally requested her mother to hire Shemshem to do her hair. Joan believes that Shemshem is one of the fast rising HMUAs in Olongapo.

Sophie was Charrie’s hair and make-up artist during her pre debut shoot. 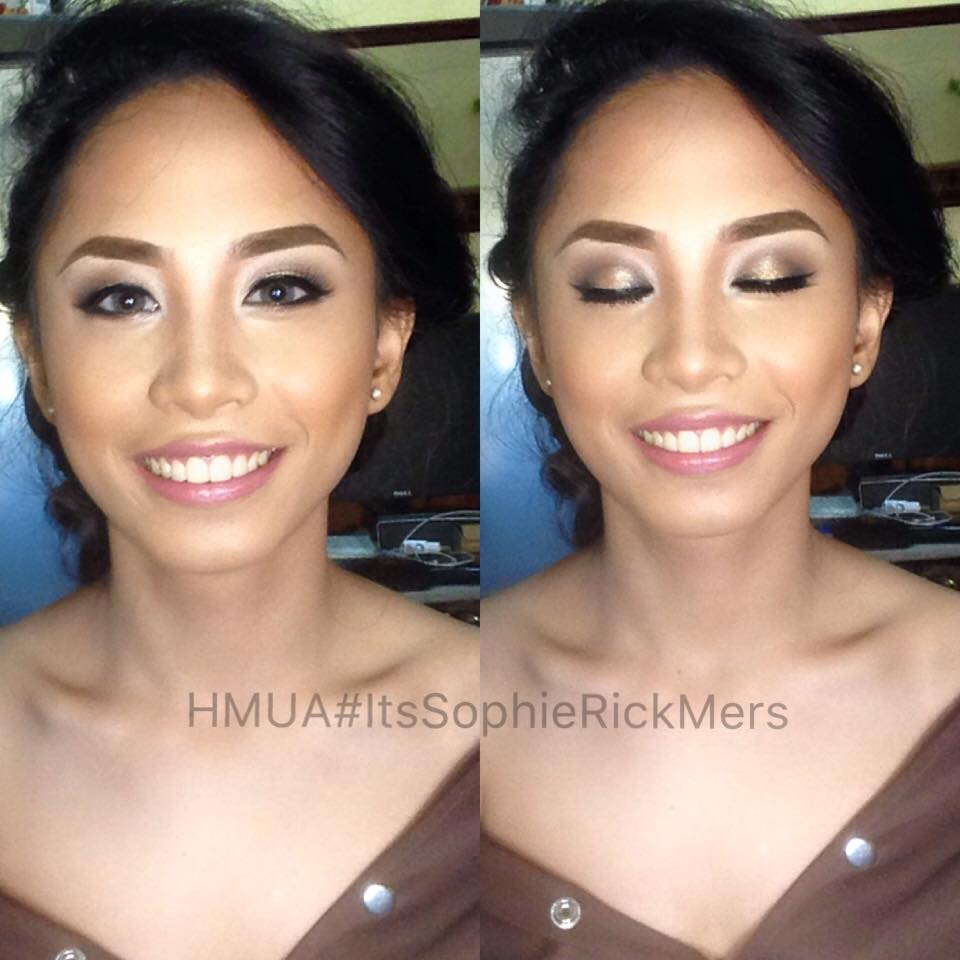 Although it was the Montemayors’ first time to hire the services of this photobooth supplier, they only had praises for the team they had hired for initially 2 hours, especially because the staff manning the photobooth really waited for nearly 5 hours just so they could take a family photo – something that truly touched the family, especially since Charrie’s dad is not always around for special events since he’s an OFW.

Take a peek at the awesome photobooth photos during Charrie’s debut in this series:

If you’ve gone through the photos and videos above, then you must have surely seen Charrie’s gorgeous gown! Did you know that this gown might be very elegant yet it was also quite affordable?

So, there you had it – all the party suppliers that made Charrie’s debut a great success.

5 Reasons To Follow Your Dream And Become A Nurse