These days, there are so many talented people that if you want to be noticed when you join a competition, you really have to do something unique that would astound the judges and the audience.

In the second season of Asia’s Got Talent, ADEM Dance Crew from Kyrgyz Republic earned the first golden buzzer for its ‘crazy moves’ that first got the audience cringing then later got them on their feet.

When asked what they would perform, the group announced that they were doing a ‘popping dance’ which they claimed to be something everyone hasn’t seen before. What could it be?

Well, the group started out with a routine that looks like the ‘robot’ dance that got the Golden Buzzer from last season’s judge, Vanness Wu. But as the music continued, the group would soon take the ‘robot’ dance to the next level, doing eye-popping moves that were so unbelievable that judge Anggun appears to scream in horror. 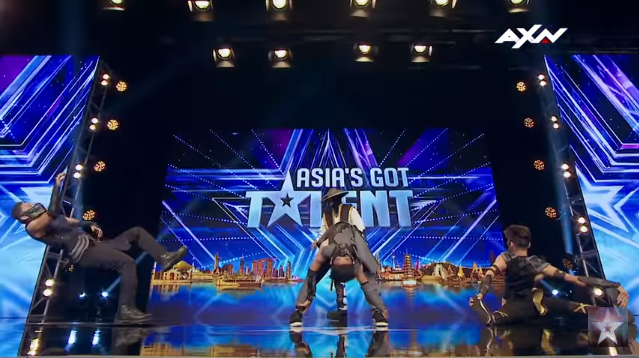 The hosts also looked quite shocked but also fascinated as the group made their ‘crazy moves’. But their final dance moves were the craziest of all as the three dancers appeared to have been controlled by a puppet master even when they didn’t have any strings!

After the dance, all the judges only had great words to say and assured the group that they surely wanted to see more of these actions. Even 16-time Grammy-winner David Foster was quite impressed with the moves, saying in all his years in show business, this was the first time he’s seen something like this – and that’s quite a compliment!

“To be honest, I’ve seen a lot of animation shows but the way you put yours together is crazy. It was amazing, it was really, really good,” said South Korean rapper Jay Park as he pushed the Golden Buzzer!

Check out this video and be amazed by this dance crew: