Before exchanging marriage vows with her dashing groom, a beautiful bride asked him a very simple Math test, “How much is 15 plus 6?”

Simple enough, right? Well, instead of getting the correct answer (which is 21, of course!), the groom answered, “17!” Uh oh!

This stupid answer to such a simple question angered the bride who was led to believe she was marrying an educated man. By failing the simple Math test, the groom proved that he did not really have an education. The bride’s father, Mohar Singh, said, “Even a first grader can answer this!” He agreed with his daughter decision not to marry the groom. 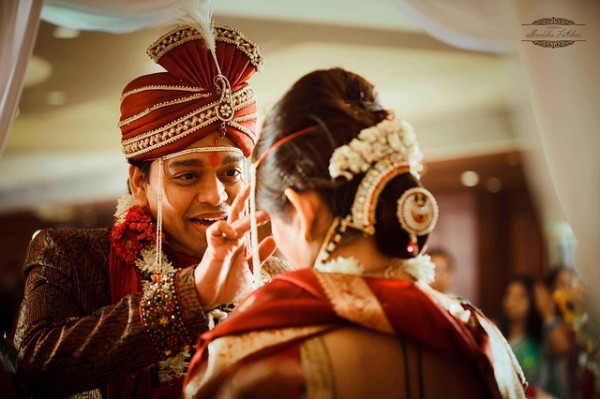 Even when the groom’s family tried to persuade the bride to change her mind, she staunchly refused to continue with the ceremony. It is not known whether the two had met before but it was apparent that the arranged marriage involved some deception from the groom’s side.

The event soon got a little heated as the families continued to argue about the groom’s education – or lack of education, anyway. Soon, the police had to intervene to settle the matter.

After some deliberation, the two families agreed to part amicably and to return the gifts and jewelry they had previously exchanged for the marriage.

In most cases, the brides have no say about the matter but recent developments in culture as well as modernization has somehow empowered these brides to say “no”. Aside from the example of the bride who canceled the wedding because her groom failed her Math test, another bride also made a similar decision last month when the groom collapsed during an epileptic seizure.