A video recently went viral, showing a groom as he awkwardly tries to avoid watching his bride hugging her ex-boyfriend and crying at their wedding! Uh-oh. It makes you wonder why these two are getting married when the bride is obviously not over her ex…

Bride Cries after Hugging Ex-BF at Her Wedding

As wedding invitation protocols go, never ever invite your ex to your wedding! That goes for most people, unless you’re really, really sure that you and your ex have moved on and won’t make a scene at the solemn event. 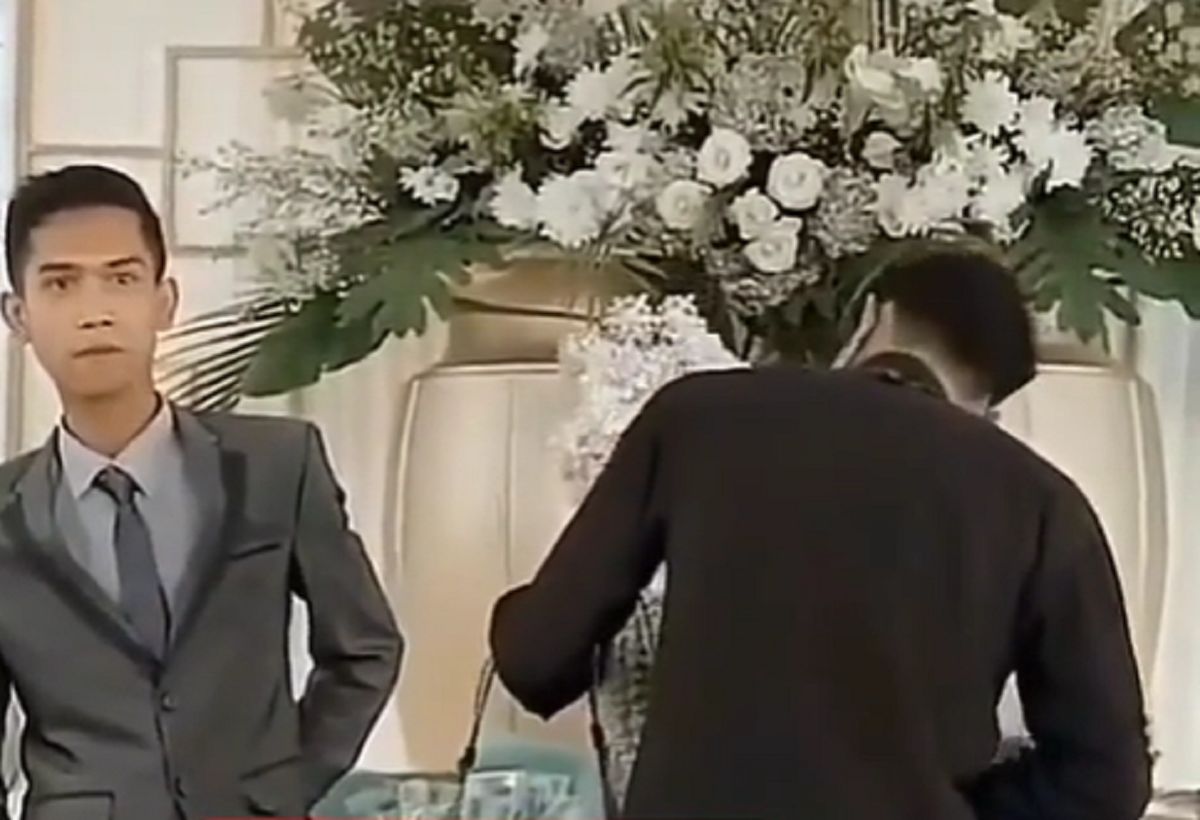 After all, a wedding is for you and the person you’ll be spending the rest of your life with – it’s definitely not a moment for you and your ex to bid each other your final goodbyes!

Recently, the internet has been on a frenzy over a video showing the moment a man, apparently the bride’s ex-boyfriend, walked up to the couple to congratulate them on their wedding day. 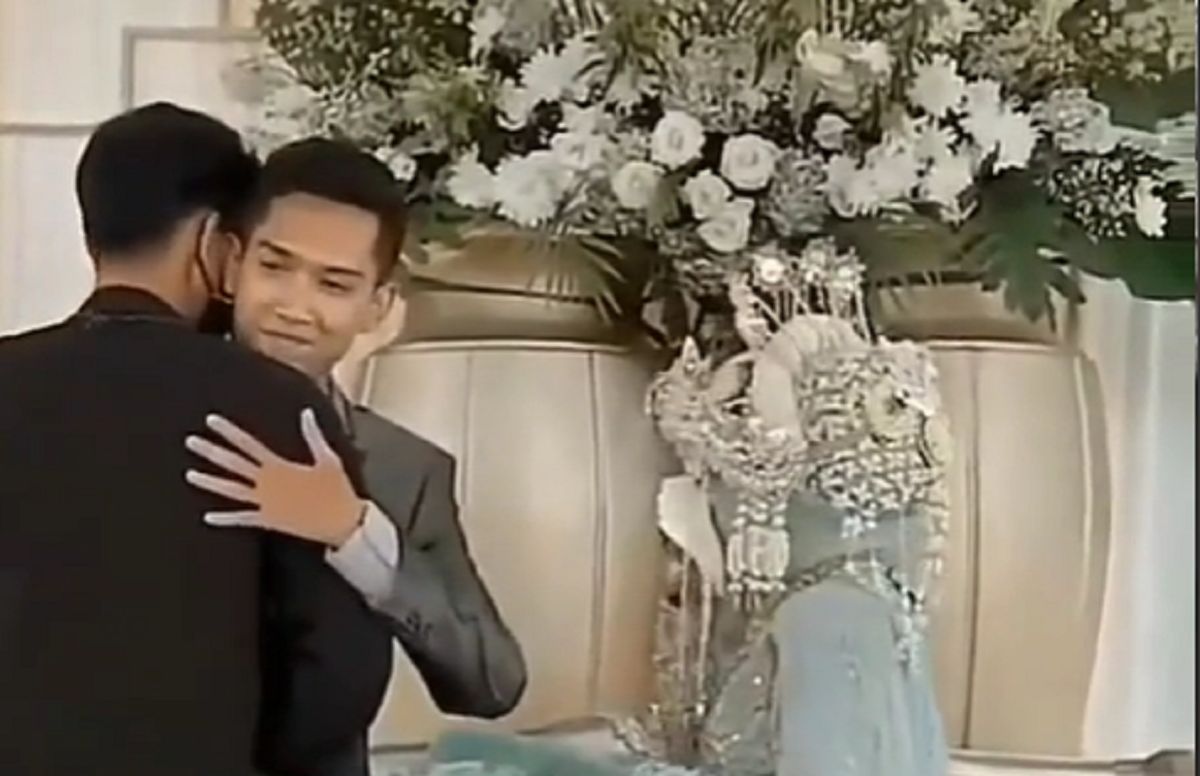 As posted by uploader @tasikasik.id, the video shows the man innocently walking towards the newlyweds. But the congratulatory moment isn’t what it seems because the groom was obviously not happy about it.

The circumstances of the former couple’s breakup and the newlyweds’ love story weren’t mentioned in the video, but it was obvious that the bride and her ex may still have some feelings for each other.

The ex-boyfriend’s hug with the bride took too long, making the groom look even more uncomfortable as he tries his best not to look at the two. 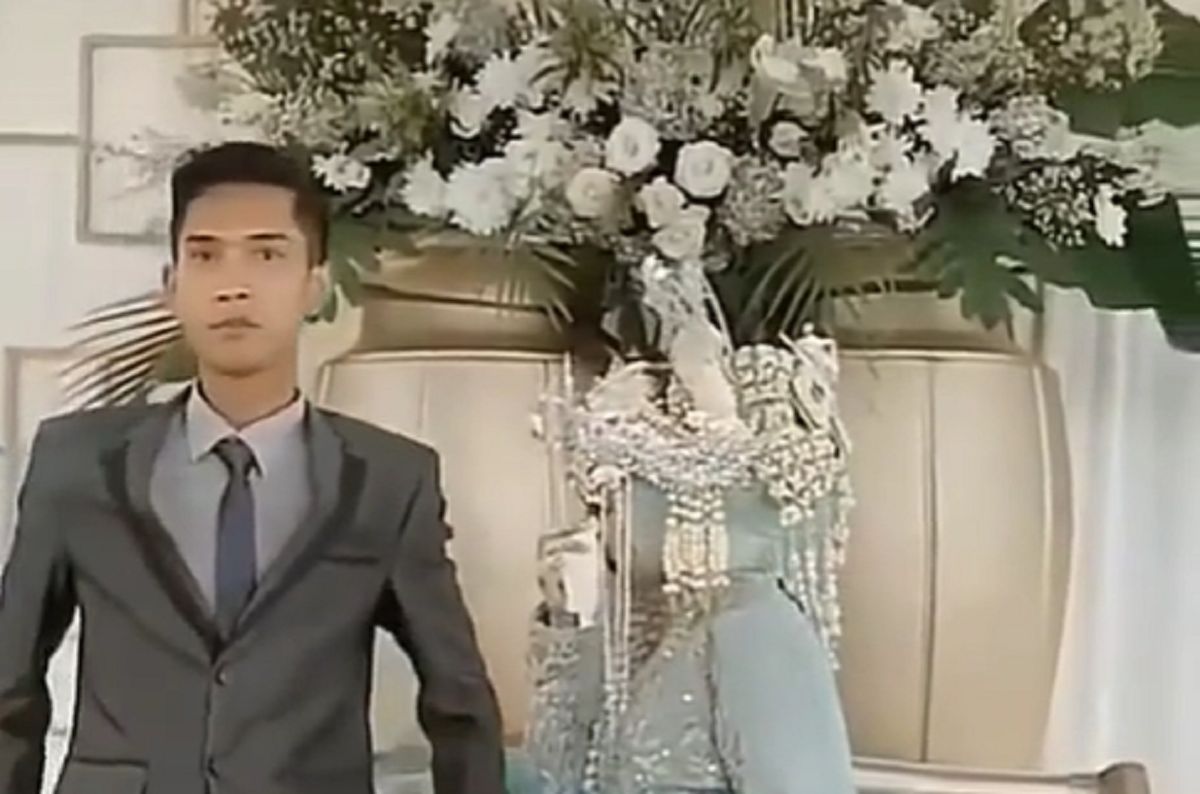 After a really long moment, the exes finally broke apart and the man approached the groom to congratulate him. It seemed alright until you notice the bride turning around and wiping tears off her eyes. Uh-oh.

Some netizens were feeling worried for the new couple, with some saying that it might be possible for the bride to cheat on her groom if she can’t even hide her true feelings from him and their guests on their wedding day!

Is it Appropriate to Invite Your Ex to Your Wedding?

If you have kids and have remained friends with your ex, then you can invite them to your wedding. Just make sure that you are all really over each other and that neither of you would make a scene.

Also, it’s a good idea to tell your bride or groom that you’re inviting your ex.