How would you like to live in a building as refreshing as this to look at?

The smell of fresh air, the swaying green leaves that somehow waves at you,  and the joy it brings that reminds you of the beauty of the things around you…….

Be ready to be amazed with this World’s Best!

An 11-storey-building covered with over 33 square feet of plants situated in the middle of Bogota, Colombia, is known to be the largest vertical garden in the world.

Famously known  today as “The Green Heart of Bogota”, Edificio Santalaia was the result of the “green” minds of the Spanish designers, Paisajismo Urbano and Columbian company, Groncol.

After 8 months of tidious planning and another 8 months of hard work, the “State of the Art” vertical garden was finished in December of 2015, and had given a new meaning to the vital role of the plants in the lives of mankind. 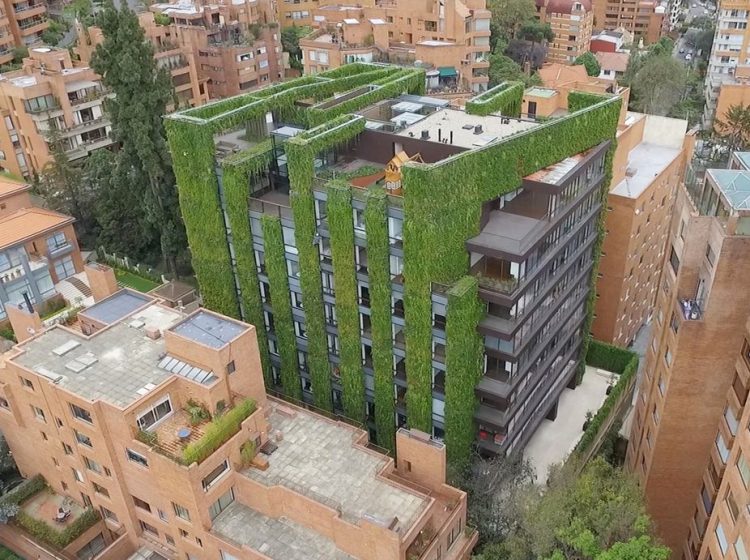 The selection of plants totaling 115,000 of 10 species and 5 different families in the World’s Best and Largest Vertical Garden, was the product of careful assemblage of the plants, chosen by Ignacio Solano, the head of Paisajismo Urbano, together with his troupe along their journey to Colombia’s Choco rainforest.  The plants were chosen in such a way that they appear homochromatic to achieve that neutral look.

Paisajismo shared, “THE SELECTION OF THE SPECIES IS FUNDAMENTAL  IN THIS TYPE OF GARDENS, SINCE THE BIODIVERSITY IN A VERTICAL ECOSYSTEM ALLOWS THE INTERACTION BETWEEN THE SPECIES THAT FORM IT, BOTH PLANTS AND MICROORGANISMS.”

“THE LARGE SURFACE AREA INVOLVED WAS AN ADDITIONAL DIFFICULTY COMPARED TO OTHER VERTICAL GARDENS SINCE IT INVOLVED THE USE OF A GREATER NUMBER OF PLANTS,” HE ADDED.

Taking into consideration the great variety of plants used in the garden, irrigation was by far, the greatest challenge that Solano and his collaborators had taken into account.  This made the adjustment of the chemical parameters of the water and its nourishment a serious matter until Paisajismo Urbano ended up using  40 irrigation sectors that were automatically controlled depending on humidity and solar radiation.  It was also set-up in such a way that water flowing from the living walls of the building  and the wastewater from the residents were recycled. 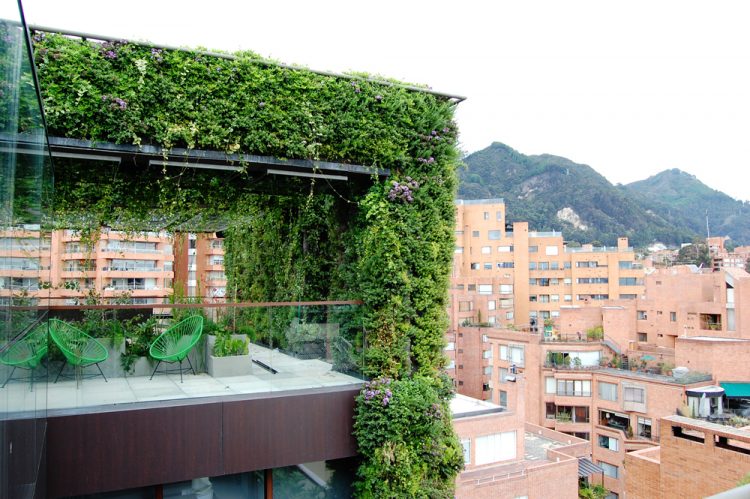 The world’s largest vertical garden was not built for  merely  aesthetics but for a greater significance to human kind, according to Paisajismo Urbano.

Their website stated, “A vertical garden of this size is capable  of producing the oxygen needed by more than 3,100 people a year, processing about 775 kilograms of heavy metals , filtering more than 2,000 tons of harmful gases and catching more than 400 kilograms of dust”. 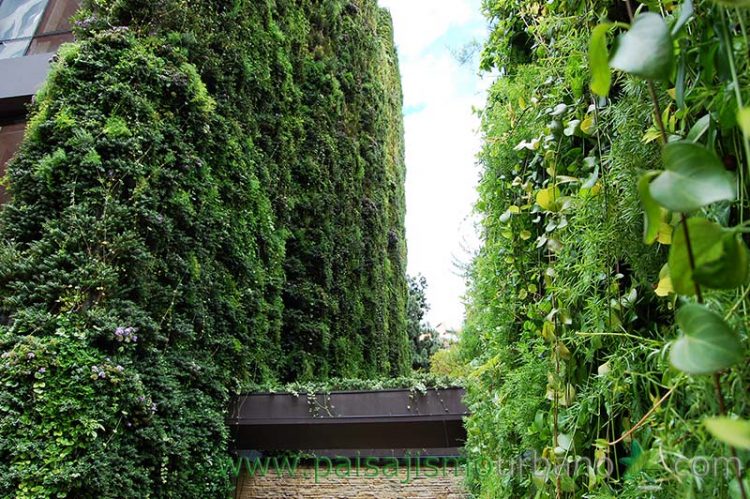 The carbon dioxide emitted by the plants compensate the carbon among 700 people and filters the air for the PMm emissions of 745 vehicles.

The green foliage also helps diminish the heat inside the building on Summer seasons and lessens the usage of air condition units.