Dogs are incredible creatures. For some, dogs are not only pets but are a part of their family. Not only does a dog give comfort and unconditional love, they also bring one of a kind entertainment effortlessly.

Just like this Great Dane named Ronan. Now, we all know that in cartoons and books dogs are supposedly courageous against cats, right?

But not this dog right here. Poor Ronan got booped by this viciously cute kitten that his owners brought home. 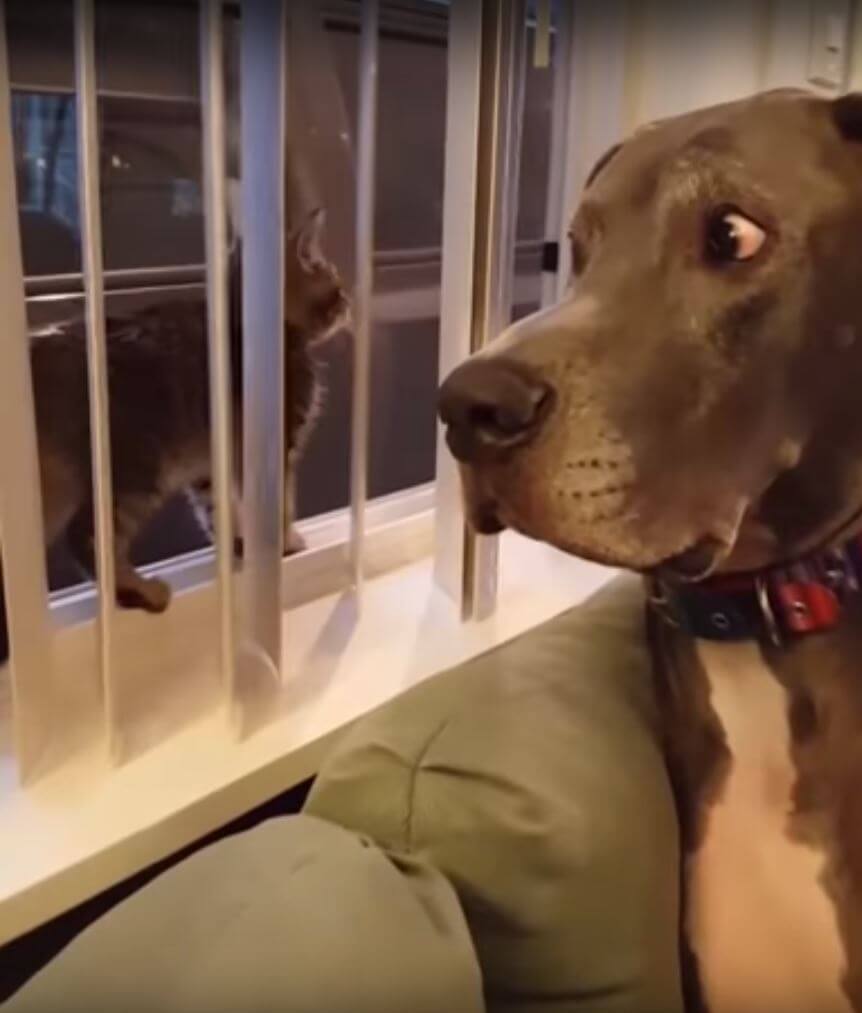 His reaction to their first meeting was priceless. 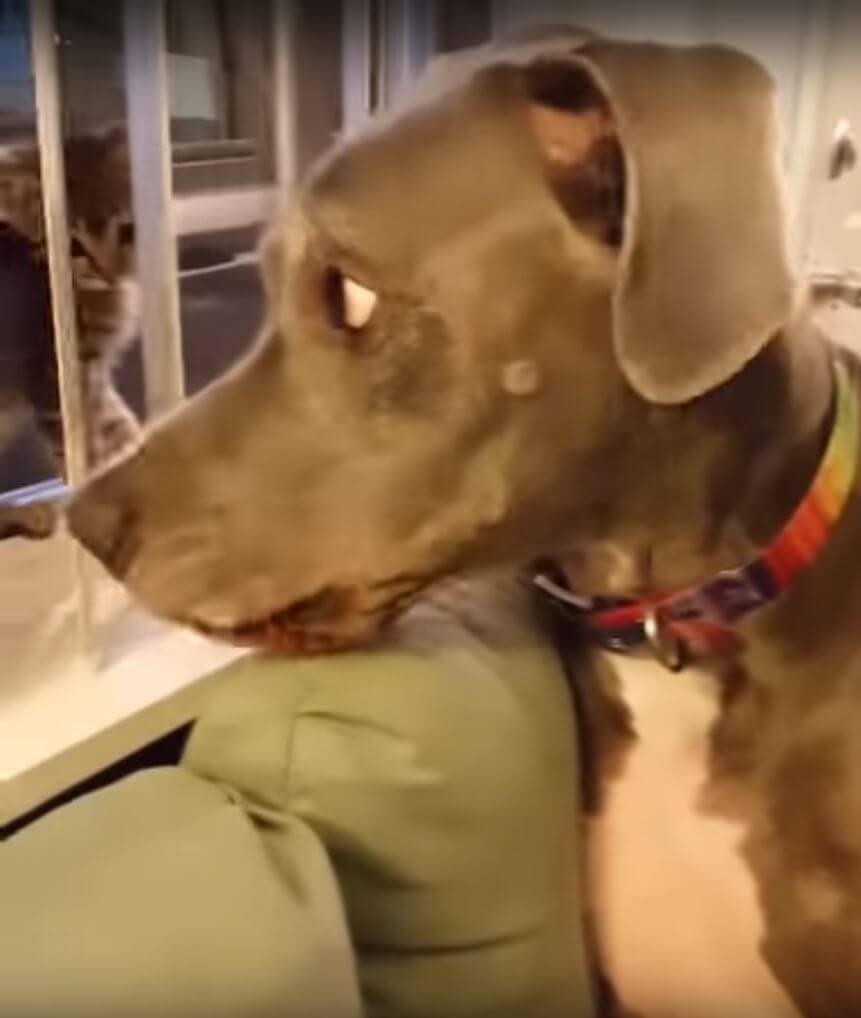 Well, like all other first encounters, it started normally, but with Ronan a little on the edge already. It’s like he was sizing up the kitten, or he was careful not to startle the kitten. 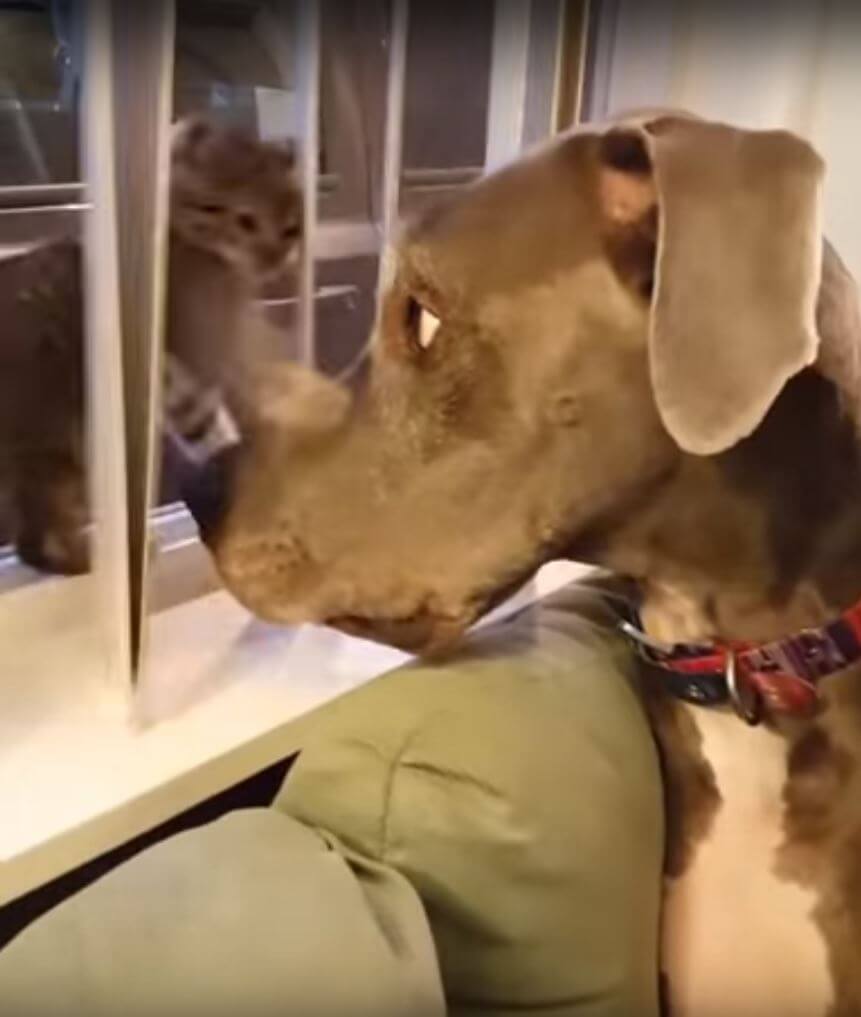 It seems, though that the little kitty didn’t like him and the way he is staring.

So, when the kitten decided to bop his nose with its paw, Ronan was the one who got startled. 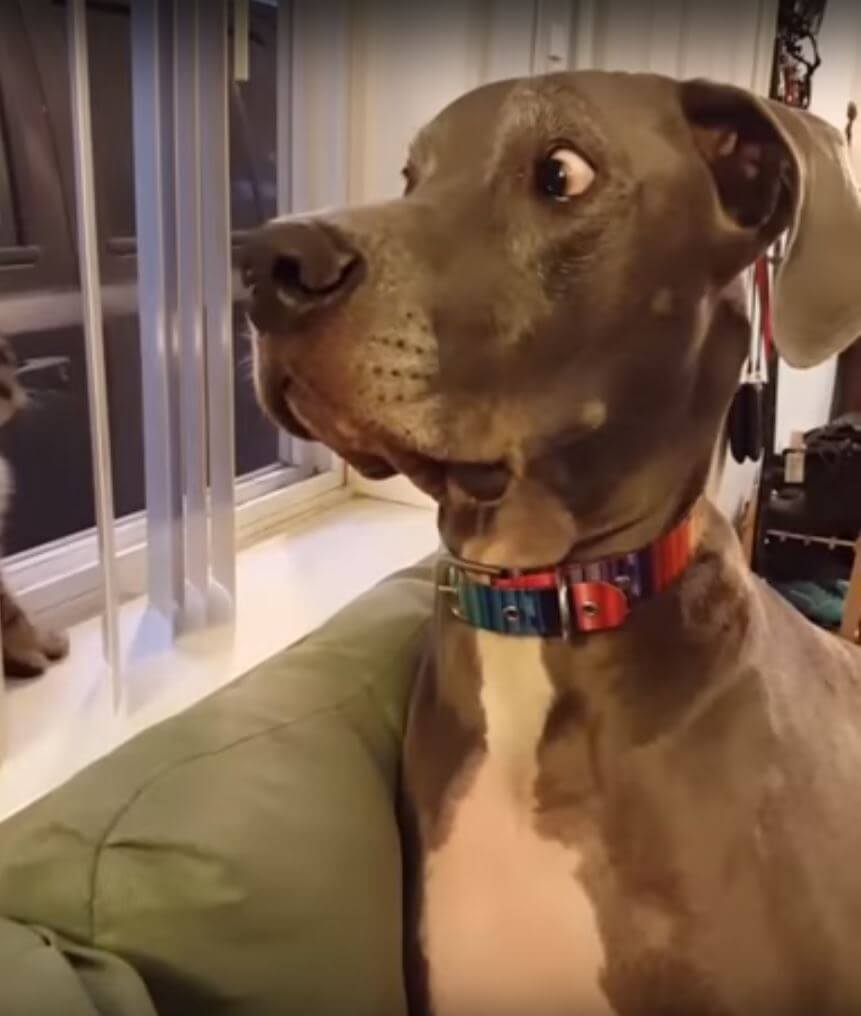 The poor doggie didn’t know how to react. Just look at those eyes, I’m surprised it didn’t bulge out at how surprised Ronan was.

Poor Ronan. This must have been such a traumatic incident for him. 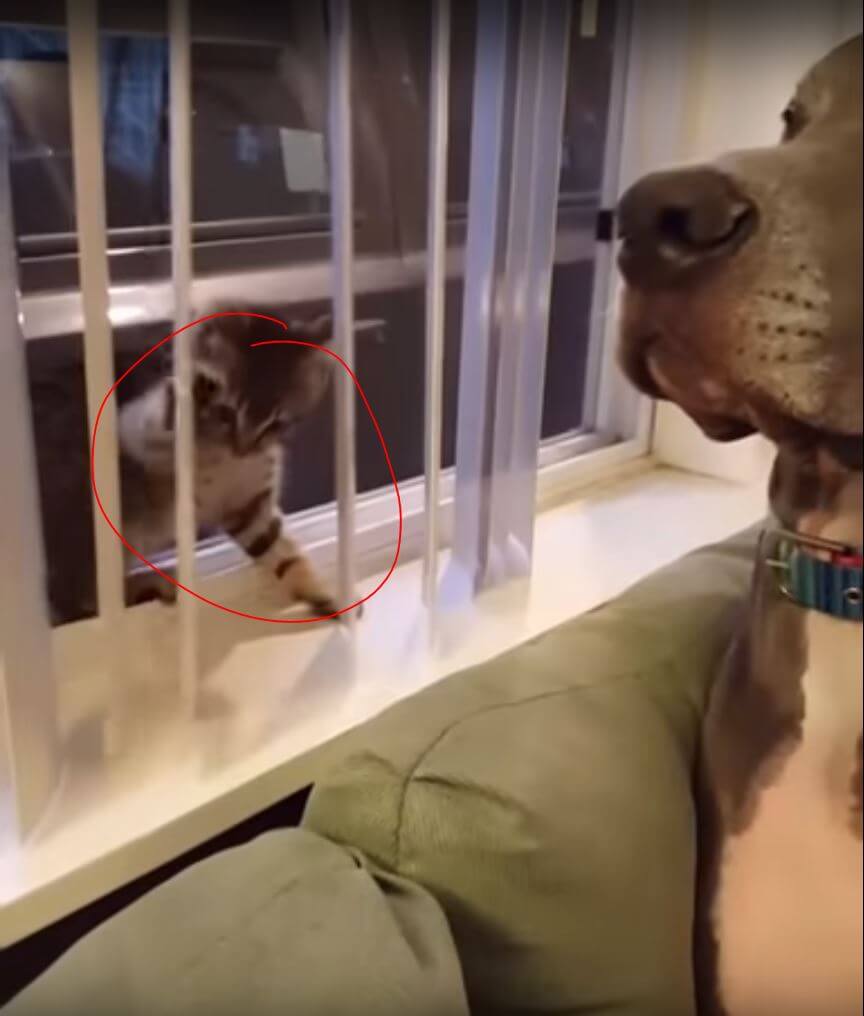 Well, to be fair, the kitten also tried to swap away the curtain blinds. Maybe it wasn’t having a great day, so, no offense to you Ronan.

We don’t think the little kitty had anything against you.

Watch the adorable video below:

Great Danes are a large breed of dogs that are known to be the tallest of dogs. They are also known to be gentle giants as they still love to cuddle despite their size. They were once called “German boarhounds” in the 19th century because they were used as hunting aids by hunters but was later referred to as Great Danes.