When Bernard Nebria spotted an old man wearing a school uniform and sitting by the sidewalk in Imus, Cavite, seemingly studying hard and working on his assignments, he was touched by the sight and posted photos of it on Facebook where it quickly went viral.

According to Nebria, he spotted the old man on his way to school and he felt inspired to do better in school as he knew this grandpa still has a long way to go to finish his studies since he was still wearing an elementary school uniform at his age.

Nebria said he feels proud of this grandpa who didn’t let age stop him from trying to finish his studies. He also added that there are many rich people who can afford to pay for school yet they don’t like studying whereas there are many poor people who wish to finish their studies yet don’t have money to achieve it. 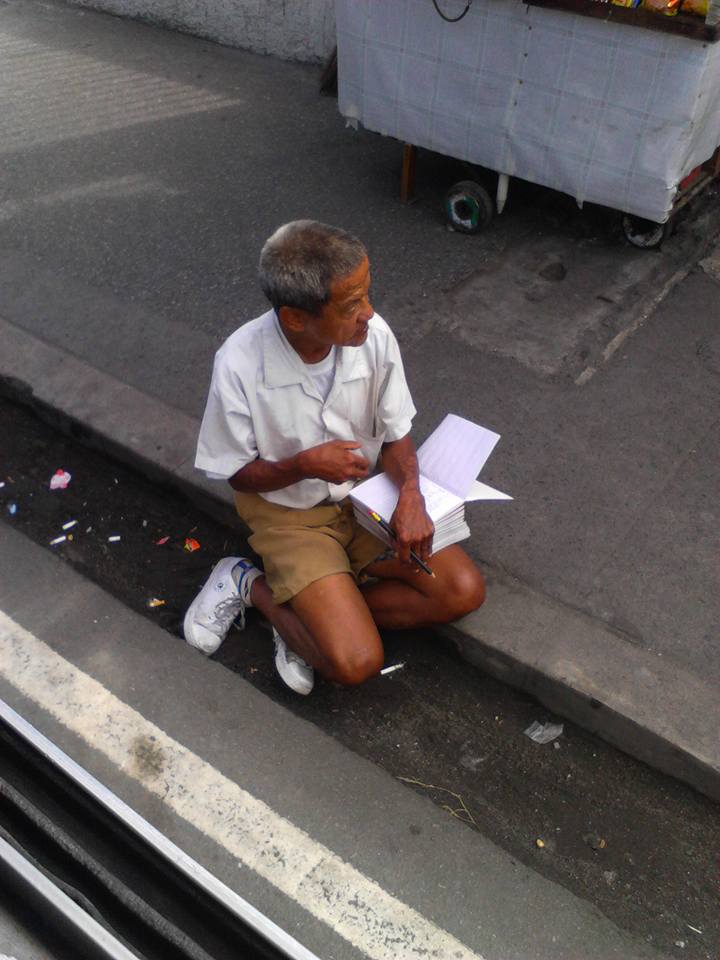 Indeed, many people shared Nebria’s sentiments and wished the old man good luck, praying he would get to finish his studies.

But as the post went viral, it reached many people in Imus who recognized the old man and commented on Nebria’s post that the grandpa student is not what he seems to be. Several of these netizens confirmed that the old man was a guy named ‘Nixon’ who has a mental disability.

They wrote that Nixon’s family is actually rich and that he love to role play, wearing different costumes every day. Sometimes he goes as a student just as Nebria had seen. He would bring notebooks and pens which he would give away when he feels like buying new ones again or trying new roles.

At times he dresses up as a policeman, sometimes as a village watchman, and there are even times when he wears a band majorette’s costume.

While Nebria’s intentions were noble and he believed Nixon was a beautiful inspiration, the truth was something else. Still, we hope he remains steadfast in his studies even after learning the truth about Nixon.