Weighing 265 lbs, Kudi is overweight; he could even be categorized as morbidly obese but this did not stop Puwadol from falling in love with him, anyway.

The couple is from Thailand.

Kudi is so big and had always been overweight that people had taken to calling him ‘Ball’ instead of his name. Even Puwadol calls him ‘Ball’ as well. 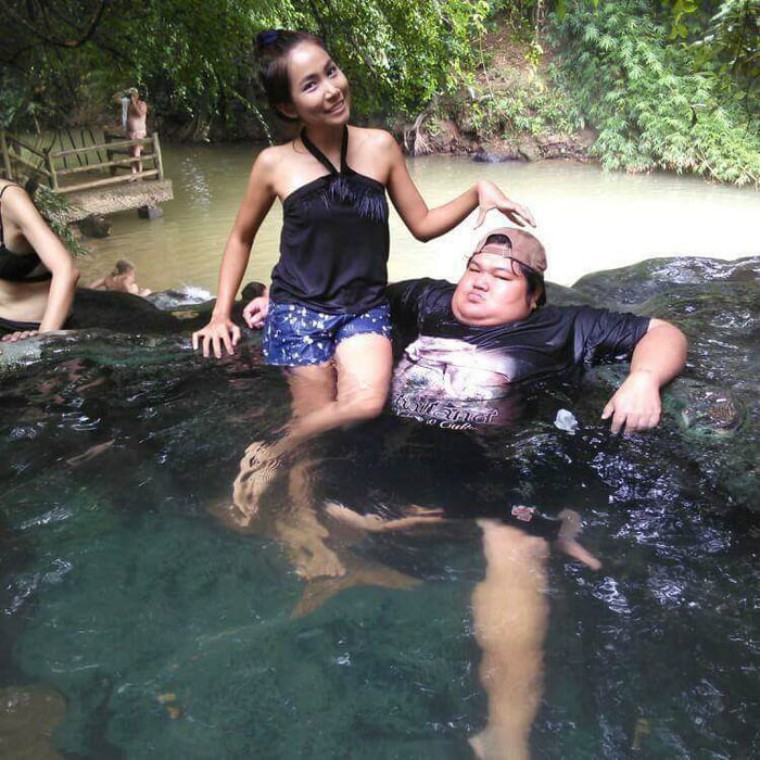 Growing up, Kudi had been bullied by his peers. Even to this day, he still gets ridiculed for his looks and his large size but none of these matter to Puwadol who loves him wholeheartedly.

Slim and gorgeous, Puwadol is literally Kudi’s ‘better half’ as she weighs just 97 lbs! Alright, she’s not even half his size, but you get the drift. 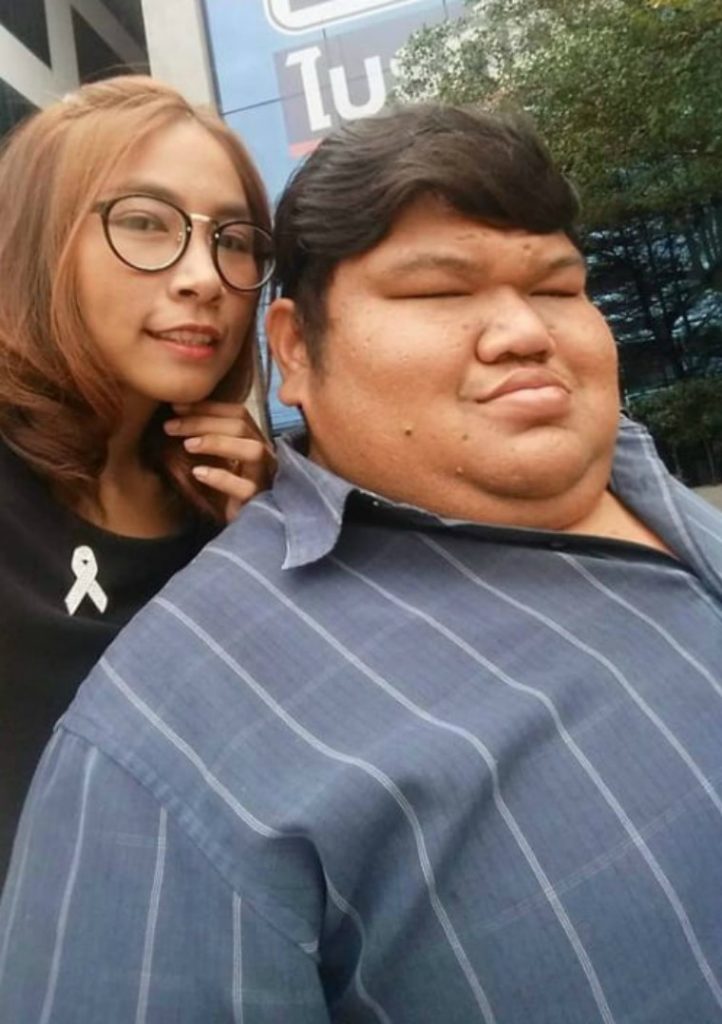 Despite the stark differences in their sizes, Puwadol loved Kudi. The petite Puwadol works as a nurse. One might wonder why she has not encouraged Kudi to slim down for health reasons but it is possible that the guy is this huge due to some underlying medical conditions.

What’s really important for the couple is that they are in love. It does not matter what others might say to them.

“Many people look at us and call Ball [Kudi] fat, but we do not care because I am in love with the person not just what he looks like,” Puwadol defended her choice. 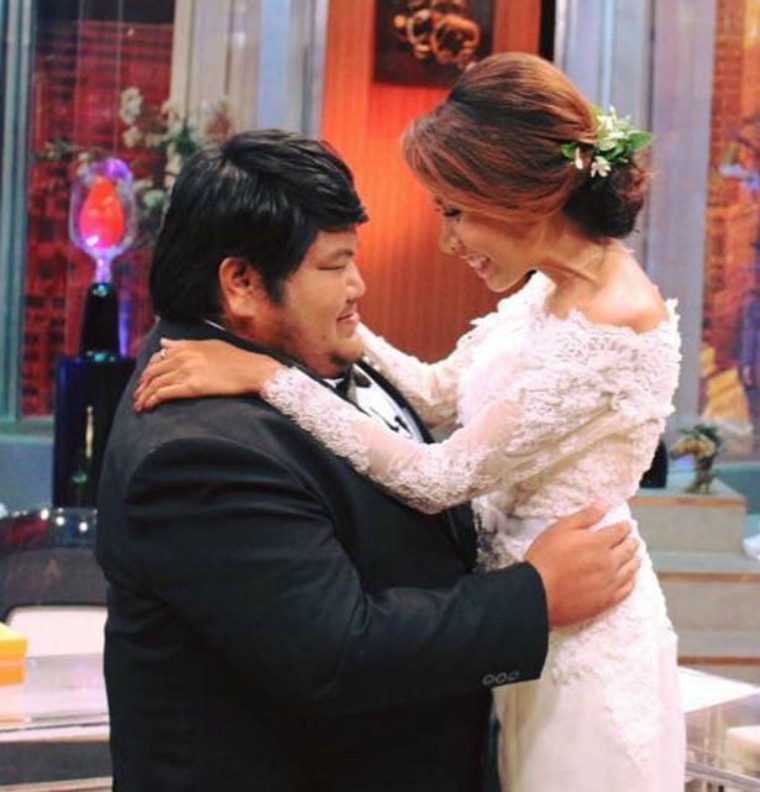 And she is one loyal girl! She could have tried finding someone else to love but she loves Kudi with all her heart. Last year, they finally got married after 10 years of being together. In December, Puwadol gave birth to a beautiful baby girl. 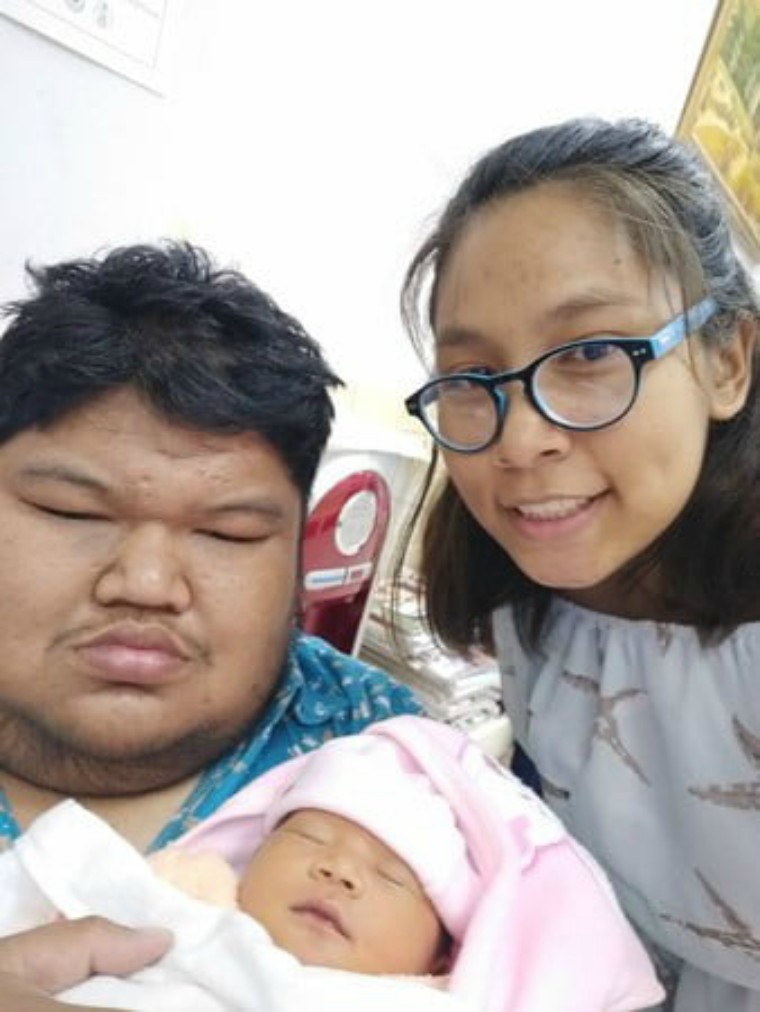 Theirs is proof that love is blind, indeed. But this is also proof that everyone deserves happiness, no matter their looks and status in life.