Doing something good for a total stranger is becoming more common these days. In fact, many stories of good deeds have gone viral on social media.

These inspiring stories probably influenced JB Balicanta to help out an old lady in need whom he encountered at the Mercury Drugstore.

According to Balicanta, he was purchasing a medicine at the drugstore when the unnamed old lady caught his attention. Apparently, the old lady was planning to buy two tablets of Vitamin B complex. However, when the sales staff informed her that the total cost was P36, the old lady decided to purchase just one tablet.

Upon realizing that the old lady’s money wasn’t enough, Balicanta bought a whole month’s supply of Vitamin B complex tablets for her. He immediately left the drugstore after giving the old lady her early Christmas gift.

Before Balicanta could even get a ride, the old lady had the opportunity to thank him. 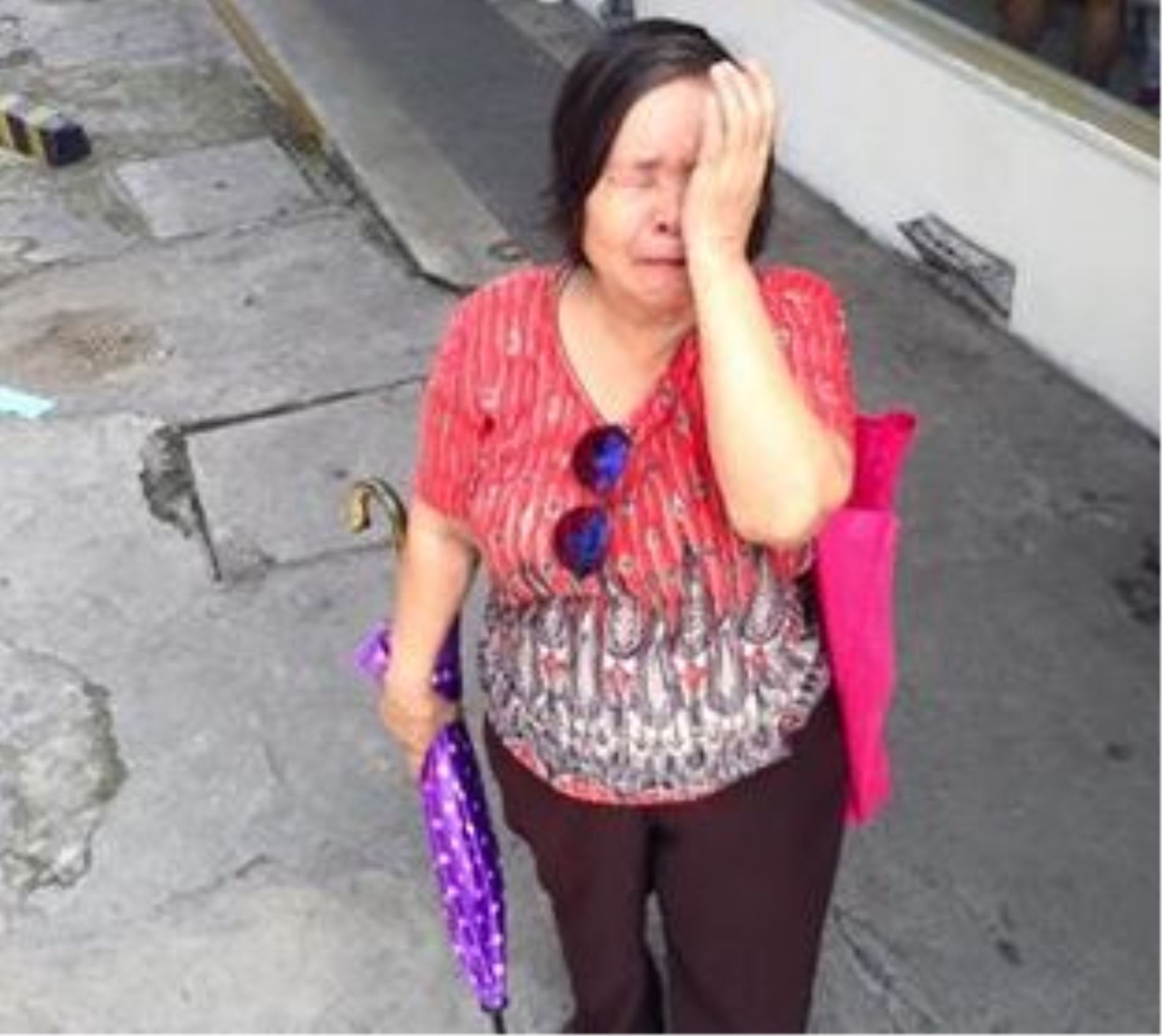 Balicanta’s inspiring story has over 50,000 shares on Facebook as of this writing. 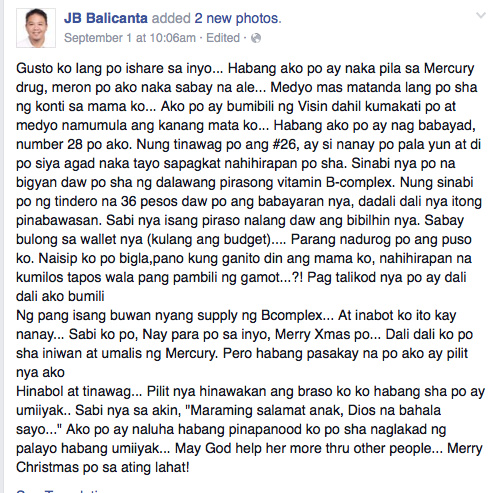 Daniella Bossi, a 17-year-old waitress from New Jersey, decided to  cover for a cancer patient’s tab at Brother’s Pizza using her tips. Rick Lewallen, a man battling brain cancer since April this year, was out dining with his wife Annette when the teen decided to do a random act of kindness.

According to NJ.com, Daniella knew about Rick’s diagnosis through her little sister who is best friends with one of the couple’s kids.

“For putting up the biggest fight, this one is on me,” Daniella wrote on the tab.