Home
News
News & Culture
Good Karma: Homeless Man That A Netizen Used To Help, Paid Him Back By Protecting Him From Burglars

It is a typical scenario in our society to see homeless people. Admit it or not, sometimes we tend to misjudge them by the way they look. The community has its standards on who to trust among the strangers you walk with on the street.

Most of the time, we feel safer in places with decent looking people. But a netizen breaks such standard and proves us that it does not matter how one look, it is the heart that matters.

Khen Bernard Du Dionisio recently posted a selfie with a homeless man in the background. He captioned the picture with the story how the man protected his home from burglars. He started the story with “Salamat kay Kuya.” The man has been staying outside their gate for quite a while now. He helps the man by giving him his extra food and sometimes, money. 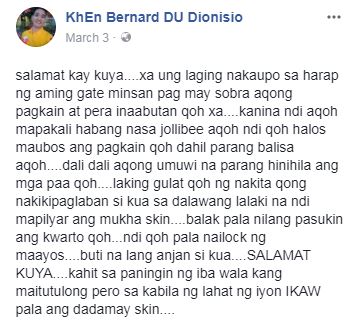 The event happened on a Saturday, March 3. Khen is at Jollibee taking his lunch but feels uncomfortable and uneasy, he felt that he somehow needed to go home. He didn’t finish his food and went home instead. 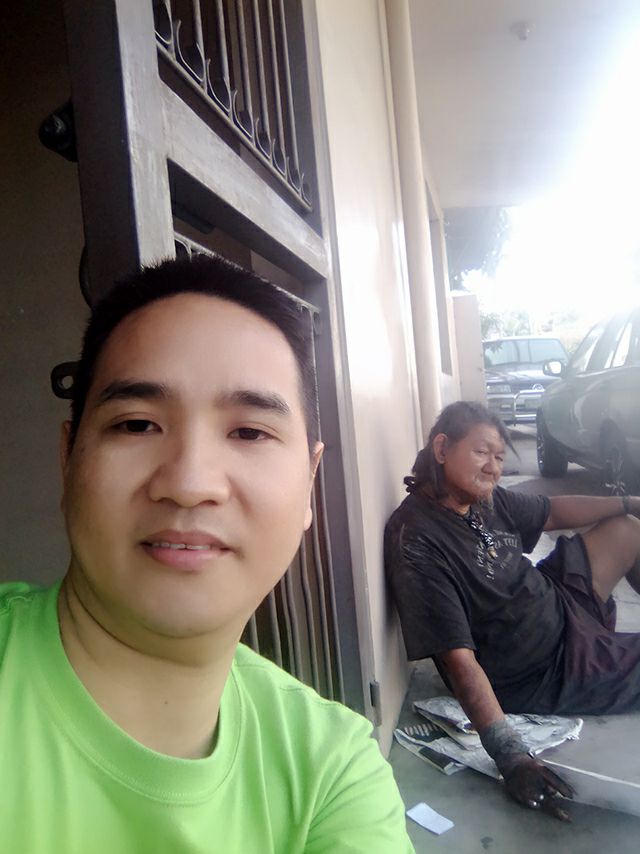 Khen was surprised to see the homeless man having a fight with two men trying to break into his house. The man was protecting and guarding Khen’s home while he is away. Khen was so grateful that he shared his story on Facebook.

Upon learning the story of Khen, some netizens share some info about the homeless man. Some has seen “Kuya” in some parts of Laguna. He was once seen in Sta. Rosa, Calamba, Oliveros, and now in Binan, Laguna.

Some netizens claim that he is known in Balibago, asking coins to make a living. But despite being homeless, he used to help the communities by cleaning the streets. His famous line according to a netizen, “Pengeng piso.”

Khen’s story shows that looks cannot define kindness and a grateful heart. The viral photo of Dionisio has 6,000 reactions and 1,000 shares as of this writing.