Jeepneys in the Philippines are considered the “King of the Road”.  They can be seen in most thoroughfares all over the country.  They are considered the easiest, most affordable and most accessible means of transportation to reach one’s destination.

But how can the public be assured that riding on  the jeepneys can still be safe nowadays?

This is a real story of a girl named Maria Justine Signe. 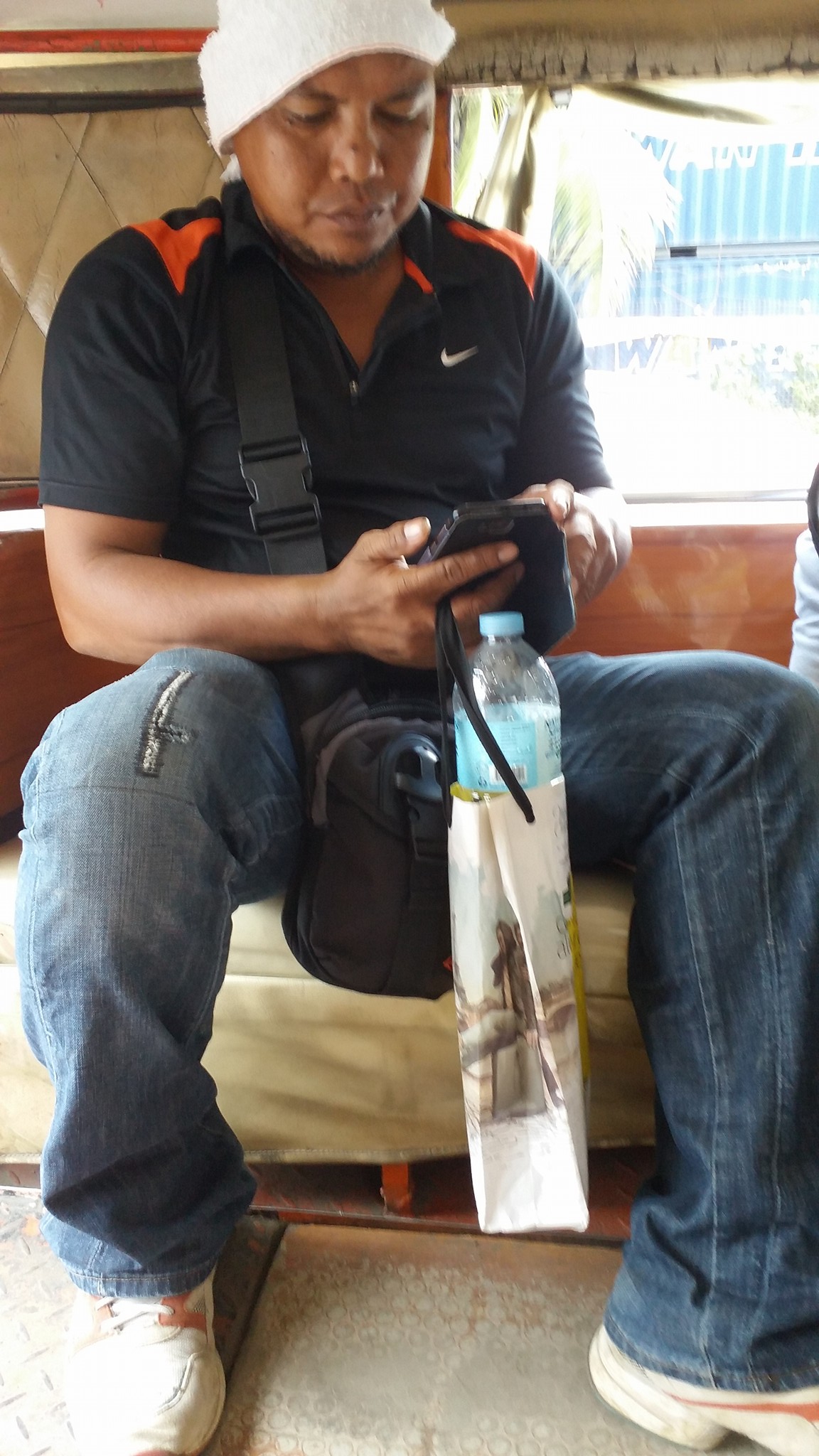 She noticed that there was this suspicious looking guy, sitting at the opposite side of the jeepney, in front of her, who kept on looking at her from time to time, most particularly down her skirt, for which that time she was wearing a mini. 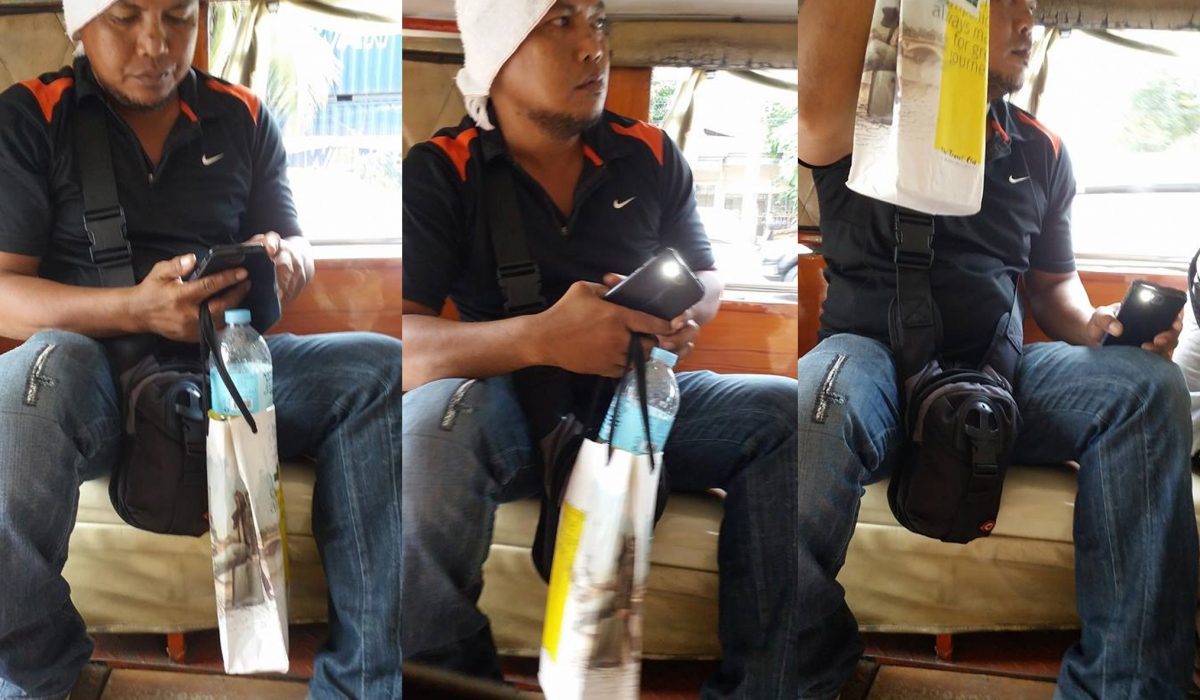 Maria also saw the light of the man’s cellphone, turned on as if he was taking a video on her. He even tried to cover his face with the paper bag which he was holding so he wouldn’t be recognized.  This was the most terrifying experience for her because she was not sure of what will happen next and feared that the man might be armed. 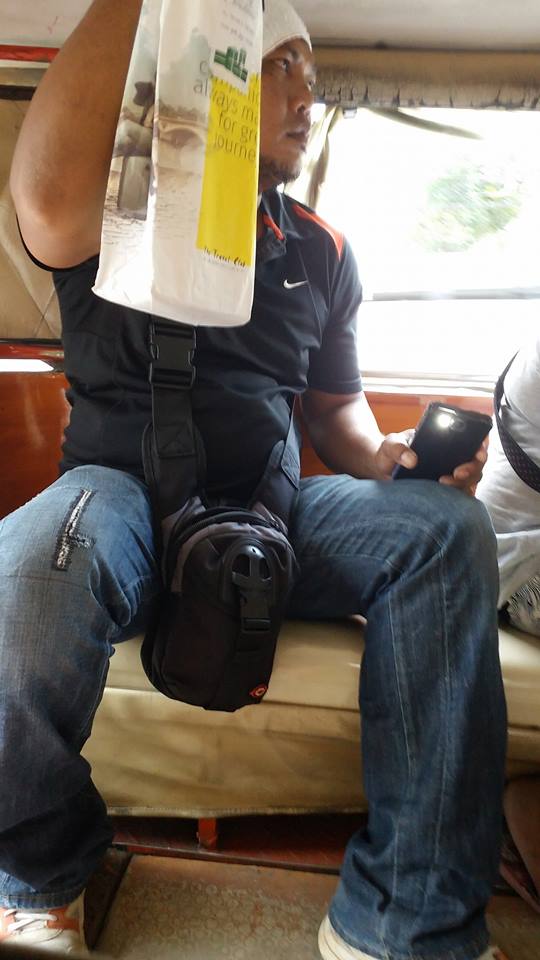 She took photos of the man and recorded a video while this man was in action.  She was also planning to report this to the authorities so occurrence of this kind of pervert modus operandi be stopped.

Concern that this could happen to others, she wanted to warn the public to be vigilant most of the time.

At Press time, this issue has earned various comments from the netizens whether the man on the pictures and video was really a pervert or he has just mistakenly turned the light of his cellphone on.

A thought from the author:

Men or women, old and children alike, deserves the right to be respected in all aspects of humanity.

May we always be responsible for all our actions, so that we may not regret the fruits that we might reap out of it.