A school girl in Central Java, Indonesia often hails a ride on GrabBike on her way home from school but she had no idea this would become the means for her to find her father whom she has not seen in 10 years!

The parents of 17-year-old Salma Zuhara had divorced a long time ago. For over 10 years, she has not seen her father because he left after the divorce was finalized and the children lived with their mother.

In those years, the children would sometimes ask about their dad but all they knew is that he went from one place to another but never came back home. 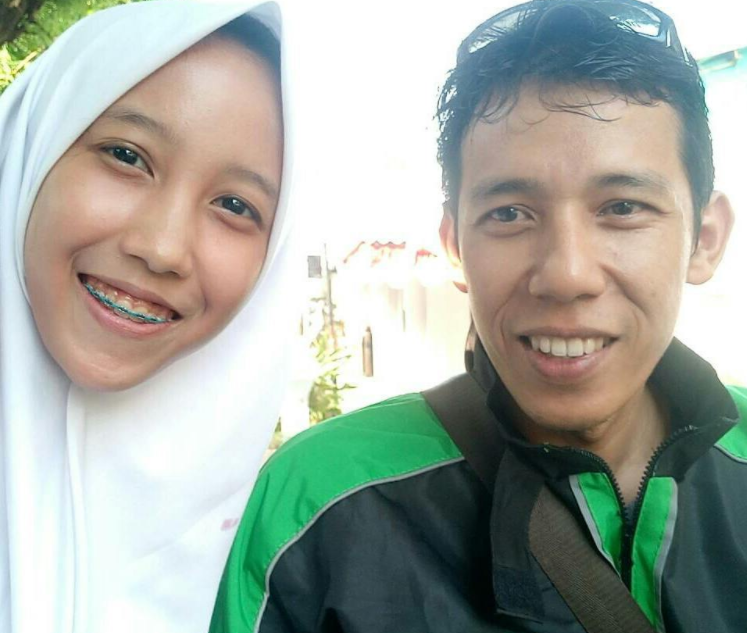 Salma has been using the ride GrabBike for quite some time now but recently, the driver who came to pick her up turned out to be her long-lost dad!

“I went home from school and ordered a GrabBike. I then got a driver. I wasn’t paying attention at first. When the driver arrived, I looked at him, it turned out he was my papa,” she would later post on social media.

“For your information, my mama and papa divorced a long time ago and we hadn’t heard from him since. Now, God arranged our meeting like this. I’m so moved after not seeing my papa for years.”

But the meeting wasn’t all happy because Salma felt mixed emotions, including sadness over what has happened. The two also felt awkward talking to each other, especially considering the circumstances; although Salma revealed they had some small talk about school.

They certainly have a lot of catching up to do but Salma said she gave him her phone number so they can keep in touch. Hopefully, he wouldn’t be lost from her life now that she’s found him.

GrabBike is ride-hailing app that connects passengers with a motorbike rider. While Grab (taxi service) is popular in several countries, GrabBike isn’t as widely used, with services only limited to a few countries, including Indonesia.