A lot of us have many embarrassing photos from when we were kids – and our parents or older siblings seem to love ribbing us about them, laughing at our expense. Yep, families can be really crazy but that only brings more fun, right?

But one lady has brought laughter upon herself on social media after posting a throwback photo of her wearing just panties under her toga for what appears to be her graduation from kindergarten.

While everyone else appears to be wearing their school uniform, Twitter user Bibayyyy (@ItsMeAvssss) was just wearing her underwear. What makes the photo even more hilarious is that she was at the front row, so that there was no one else to keep her rather unique graduation clothes hidden from view.

The post has since gone viral, gaining over 6.8k retweets and 49.2k likes within just 2 days after she made the tweet. 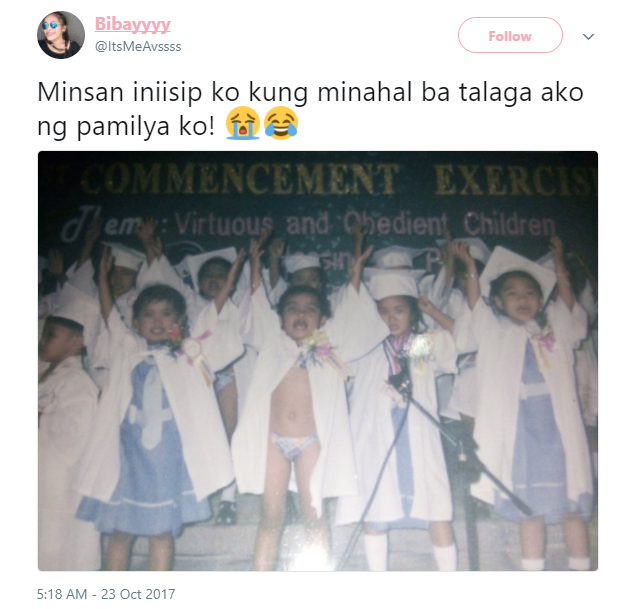 The photo has been reposted on a number of local Facebook pages where it also went viral.

On BV Patrol Facebook page, a parody account for TV Patrol, several netizens couldn’t help but offer explanations as to why she was wearing nothing but panties.

Others theorized that she was part of a dance presentation right before the graduation song and didn’t have much time to change her clothes because the song was about to start. 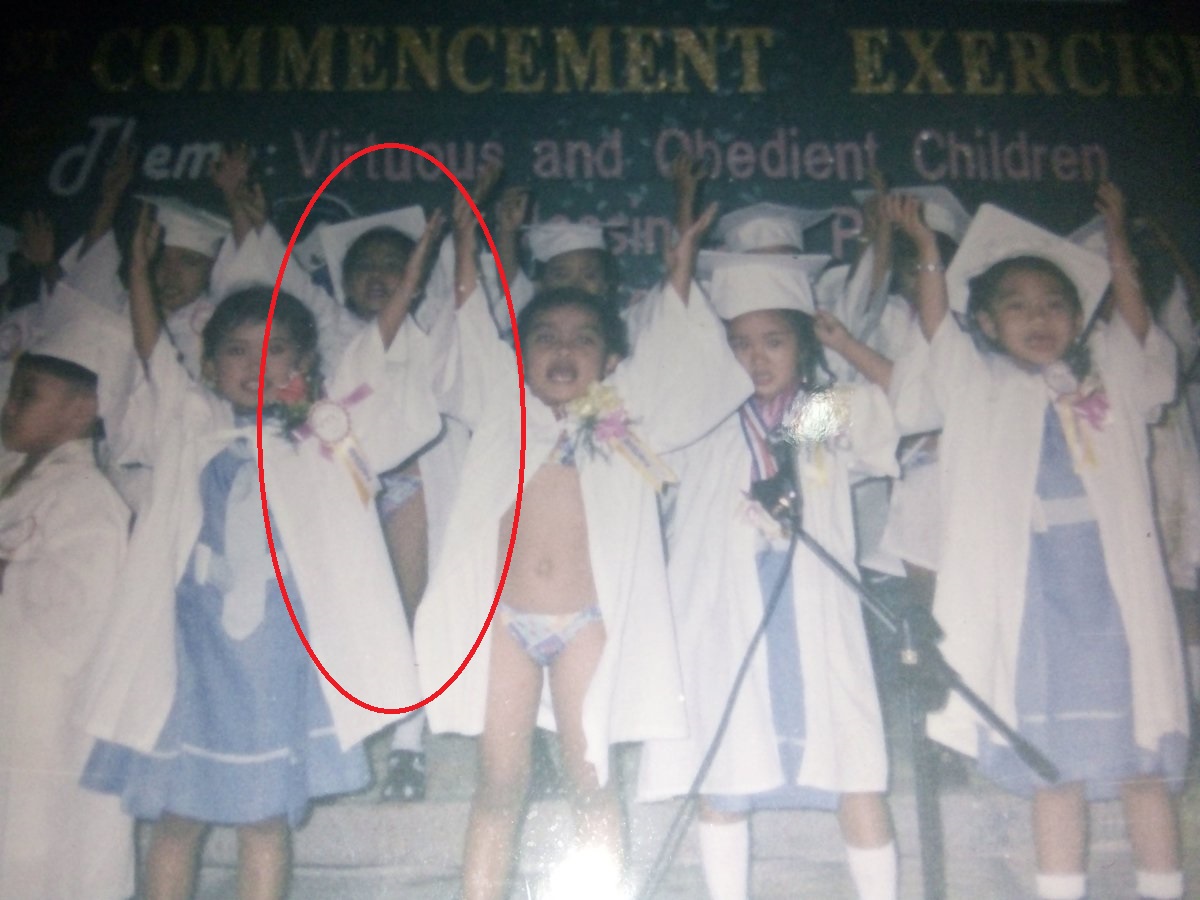 The latter might actually be a plausible explanation because other eagle-eyed netizens noticed that there was another kid wearing nearly identical panties to what she was wearing, but was on the second row!