Valentine’s Day is supposed to be a wonderful moment in a couple’s life, but one Chinese woman went berserk after her boyfriend did not buy the smartphone she wanted – and she hit him 52 times on the face!

Now, it seems that the Chinese love to make their own, separate dates for celebrations that are done on fixed dates in other countries in the world. For instance, while the rest of the world celebrate New Year’s Day on January 1, the Chinese New Year is not a fixed date but could be anytime the new moon first appears from January 21 to February 20. 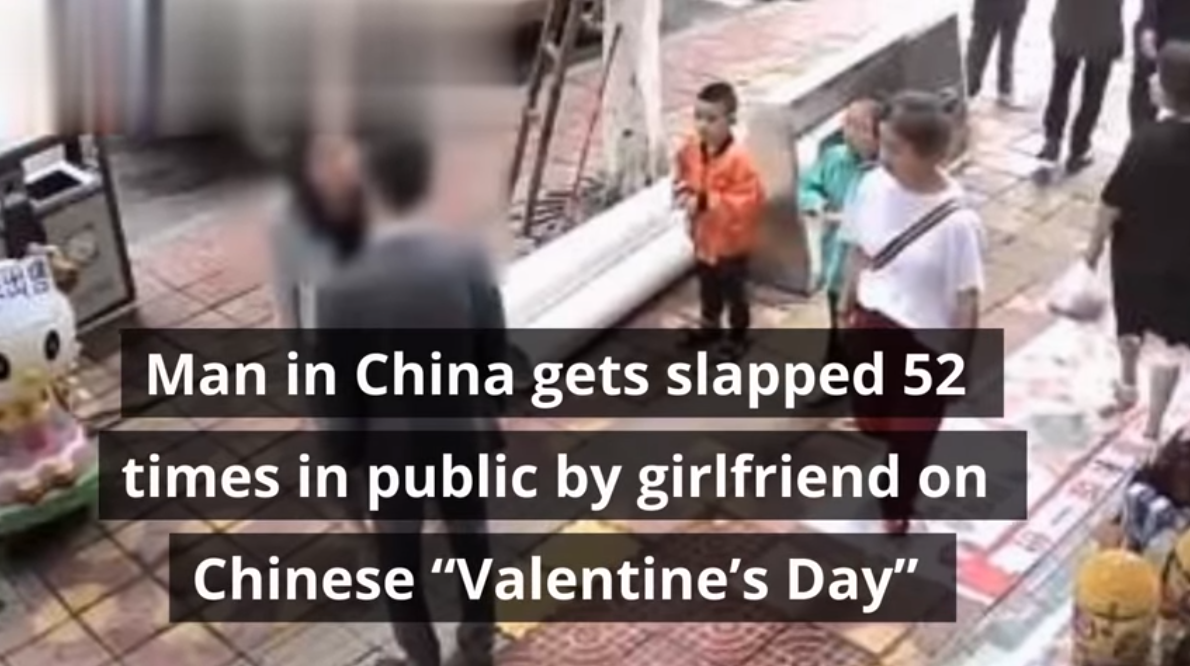 And while the world celebrates Valentine’s Day on February 14, the celebration is done on May 20 in China and is locally known as ‘520’ which actually sounds similar to “I love you”.

Last May 20, shoppers at a mall in Dazhou, Sichuan province in China, were surprised to watch a scene unfold right before their eyes – and they were rather outraged to learn what caused the commotion.

Some onlookers called the cops on the couple, especially because the woman didn’t even seem ashamed that a crowd had gathered to watch her hit her boyfriend in the face. Many were impressed ha that the guy was not even fighting back; though some commented that he should have done something to stop her tantrums. 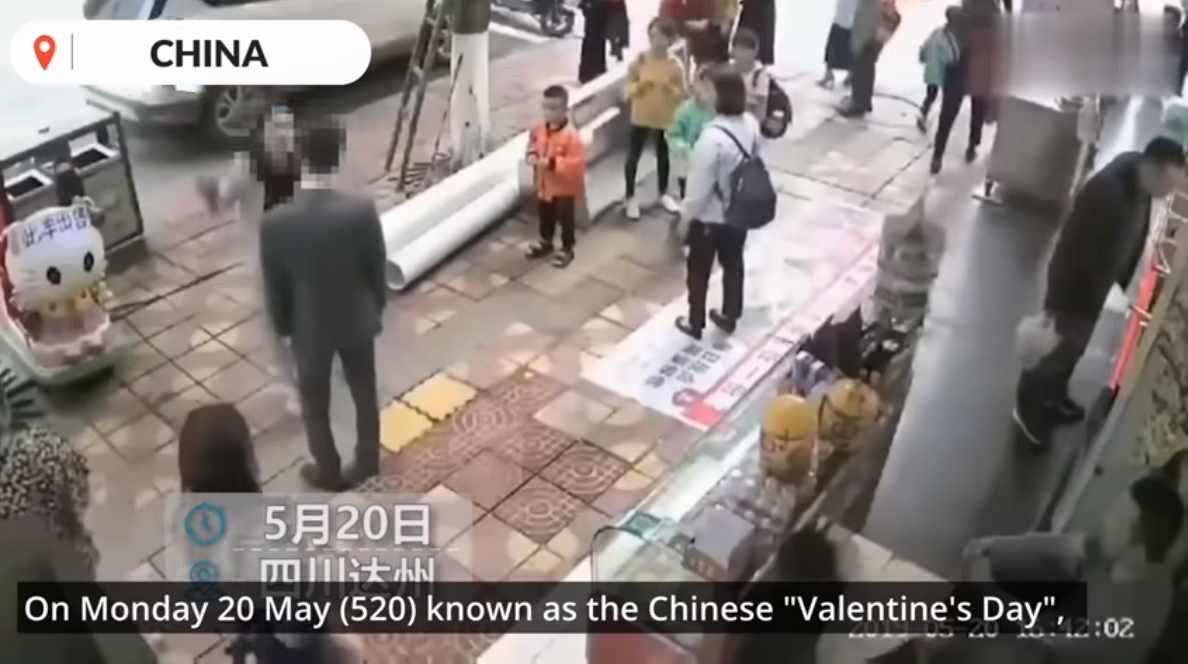 The incident was caught on CCTV as well as many of the curious onlookers’ phones. And they were all surprised to learn that the woman was having a fit because she wanted the guy to buy a smartphone for her, but he refused.

When the police arrived, they were equally perplexed by the man’s reaction, but he told them he’s just letting the girl have a go at him so that she could release her anger and eventually calm down. He also admitted that the girl was always the one buying for him, but he promised to get her a smartphone on the holiday but he was unable to come up with the money so she got furious. 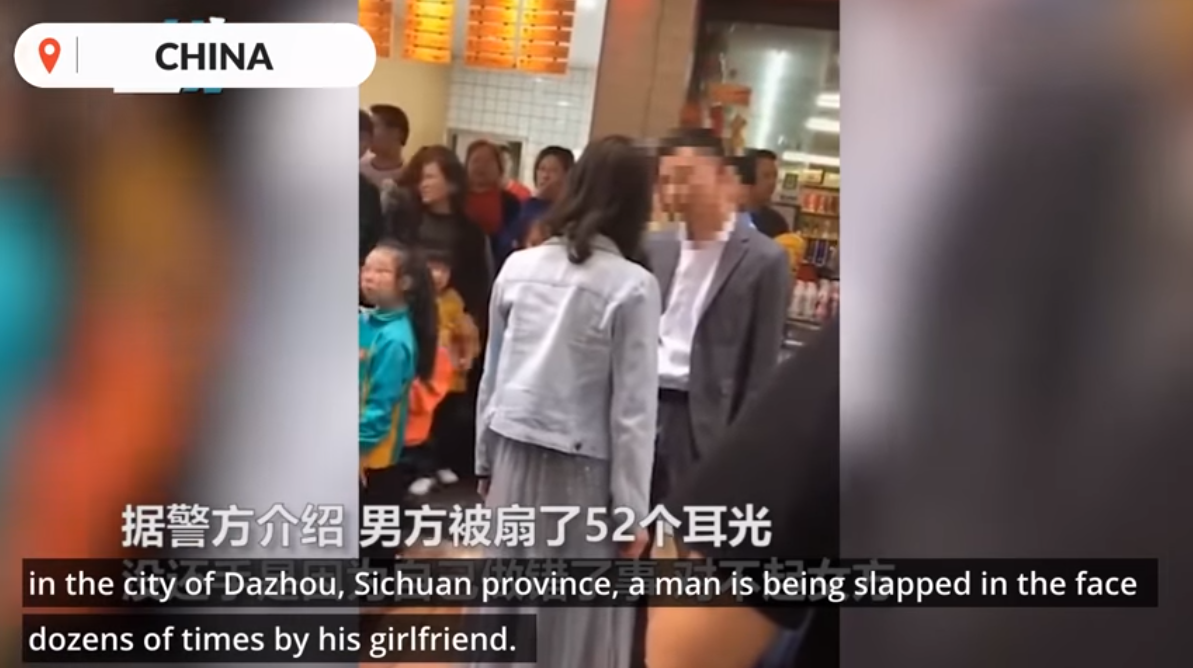 Eagle-eyed netizens counted a total of 52 hits before the woman stopped. Check this out: