Are you friends with your ex? How does your current partner feel about it?

A lot of people went through a bitter breakup that they no longer speak to their exes afterwards. Many of them keep this grudge until they are old!

Yet it is said that time heals all wounds and some ex-lovers eventually become friends again. There are even times when their current partners also become friends, especially if there are kids involved in the relationship.

But one girl has recently gone viral because of her controversial move to hang out with her ex-boyfriend while her current one is at work. She was even quite proud of the move that she posted this on Facebook! 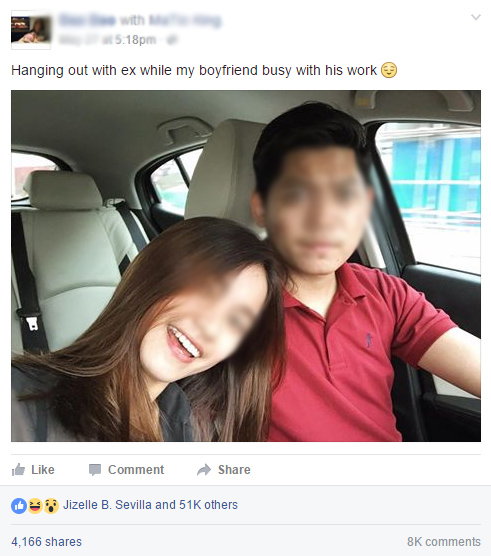 Now, as we already mentioned, a lot of exes have worked out their relationships and have become friends but netizens couldn’t help but think there’s something wrong with this girl spending time with her ex this way, especially because she had to emphasize their relationship status and the fact that she’s doing this while her boyfriend is at work.

There were many, however, who believe this was just a joke considering that it could be ‘cheating’ in a way. Others said she does not deserve her boyfriend’s love.

But there were also those who sided with her, saying that there’s nothing wrong with hanging out with an ex if they’re not doing anything they aren’t supposed to be doing.

Many also made jokes about the matter, saying that this girl is not from ‘their side’. 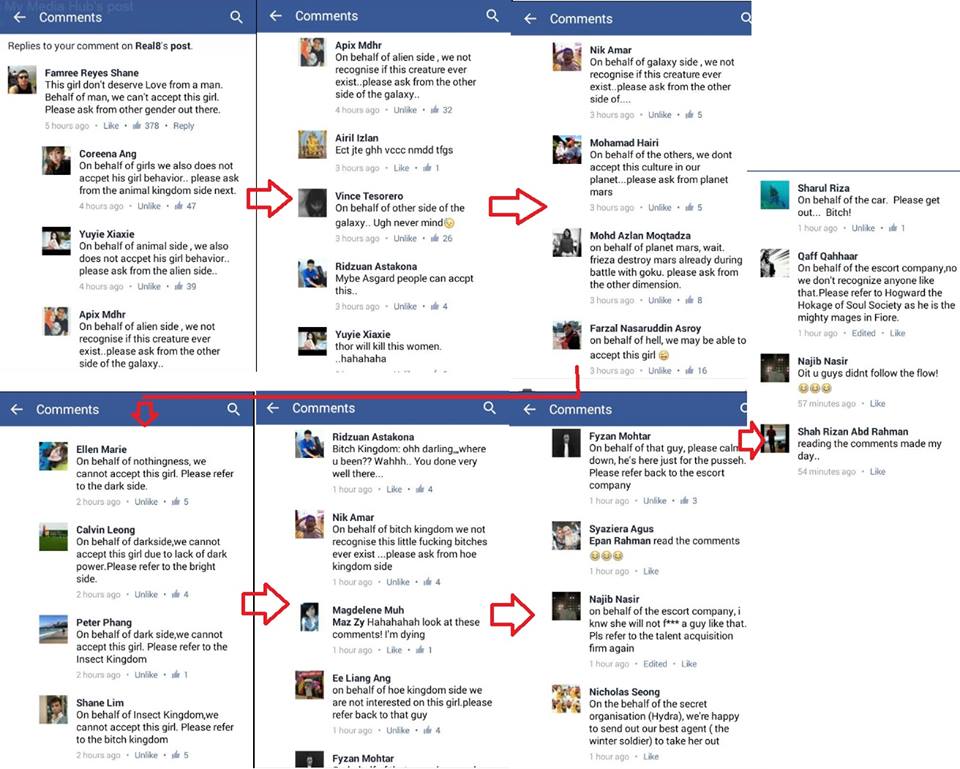 What do you think about this? Should she hangout with her ex-boyfriend while her boyfriend is busy at work? Hmmmmm. We wonder how she would feel if her boyfriend hangs out with his ex…