When 10-year-old Jetta Fosberg cut her long hair to a short, pixie cut, she did it so she could donate her long locks to a charity that uses donated hair to make wigs for kids with cancer.

Jetta’s 14-inch hair locks went to Wigs for Kids – and her parents are very proud of her! We are, too! 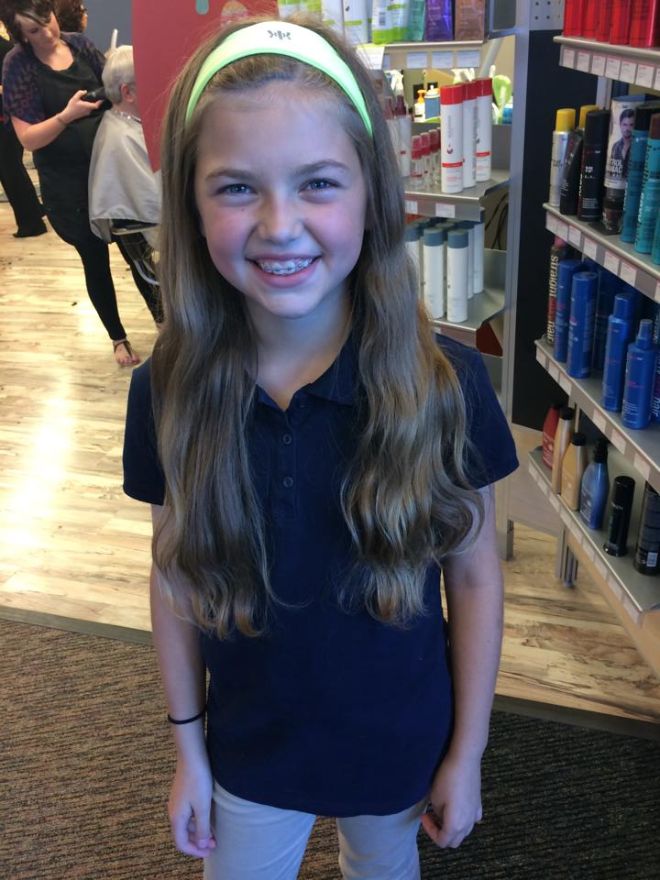 When Jetta went back to Pathway School of Discovery in Dayton, Ohio, after getting the haircut and donating her hair, however, the kids in school made fun of her hair and she was bullied by other kids who called her ugly and laughed at her for wanting to be a boy.

What shocked her mother, Heidi Fosberg, is the principal’s response when she informed him of the bullying. “He told me that he didn’t know of any child that had ever died from words, and that we needed to toughen up and deal with it,” the shocked mother revealed.

So, the family took to social media to spread awareness about bullying and the importance of kindness, in hopes that this will be a lesson to others and to also help Jetta deal with the bullying she received in school. To date, Stand with Jetta has over 120k likers, with the number growing as her story continues to go viral across social media.

The principal and the school’s president and CEO had since issued an apology for Jetta and her parents, saying that they do care about Jetta and want the girl to feel that she is part of the National Heritage Academies where the school belongs…

In many parts of the US and some countries in the world, there are salons that accept hair donations for charities that make wigs for kids with cancer or other hair problems like alopecia. While there is no minimum accepted by most of the salons, longer locks are preferred.

There are plenty of charities accepting hair donations, with several shampoo brands like Pantene also offering a partnership with these charities in providing kids with lovely locks of real hair from kind people.