A touching photo of Paul Walker’s “ghost” standing alongside pal Vin Diesel has gone viral, gaining the praise of fans who missed the actor a lot. According to HensPark, the photo was quite timely, shared by Jeffery Raymond Frohlich mere days after “Fast and Furious 7” was released.

But why has the photo gone viral? Well, who doesn’t love Paul Walker, anyway? Tough men even cried upon learning he died in a car crash!

The photo of the “ghost” was well received because we could not have it any other way. Because he is already dead, a “ghost” was more appropriate in the photo. It was poignant. It reminded us of the actor as he was in the past and the present. This is what touched the hearts of fans. 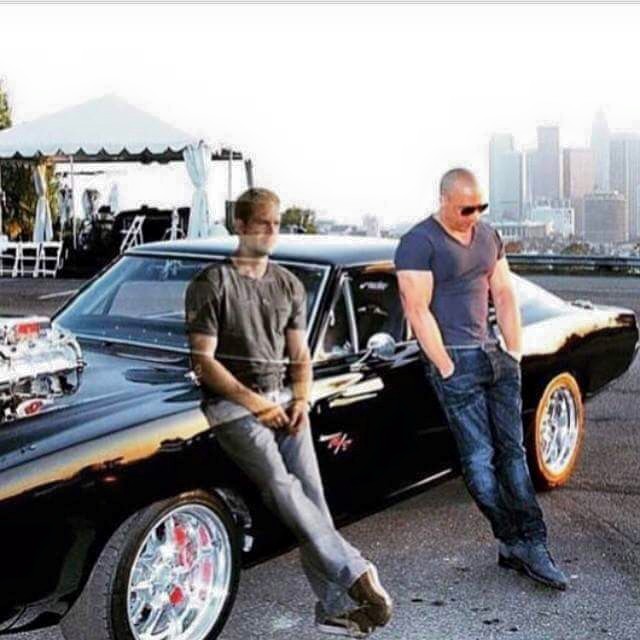 Frohlich probably did not expect for the photo to become such a viral hit but a week after he shared it, the image has gotten over 560,000 shares.

Who is Paul Walker?

Born on September 12, 1973 as Paul William Walker IV, he began his career as a commercial model for Pampers – while he was still a toddler! In 1984, he was in CBS Schoolbreak Special, a TV series. His first film was in 1986 as “Professor” Bennett in Monster in the Closet.

Still, he is best known for his role in the “Fast and Furious” series but he did have a lot of other movies since 1986 and was known for being a great guy.

After Typhoon Yolanda [Haiyan] devastated many areas in Central Philippines, Paul attended a charity event for the benefit of the victims. The day he died in the car crash, he and some friends had just attended a car show, also for the victims of the typhoon. This was reason enough for Filipino fans to venerate the actor, thanking him profusely for his kindness.