A chilling photo of a family swimming in Lockyer Creek in south-east Brisbane with an alleged ghost of a child is making rounds in the internet, according to a report by Mirror UK. 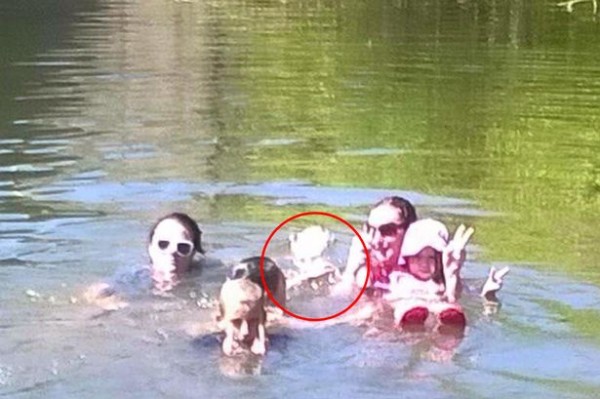 In the caption of the photo she wrote: “There was only three children there on that day. We have had two IT specialists look at this photo.At the time of taking this photo there was nothing between us. Chillingly, the spirit could have been malevolent.”

The face of the ghost was described as “eerily luminescent” with two dark “eye holes”. While some observers noticed two hair buns, others claimed they are seeing horns.

According to paranormal experts who investigated the creepy photo, the ghost that appeared  in the photo can be possibly that of a girl who drowned in the same spot in 1915.

Based on the news published in the Brisbane Courier in November 1915, a 13-year-old girl named Doreen O’Sullivan accidentally drowned while swimming on Lockyer Creek on Friday afternoon. The teenager drowned in the spot called Murphy’s Hole, which is over 20 feet deep and is known to be dangerous. The girl’s body was recovered an hour after the accident. 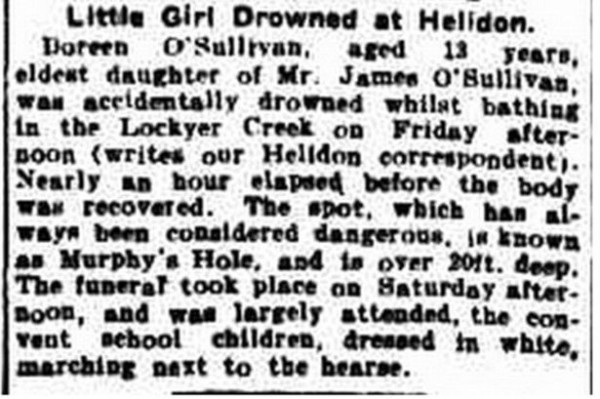 Furthermore, Davison revealed some strange occurrences on that day. She narrated that her daughter’s legs were grabbed two times by something in the water.

“When I went back in for one last dip to cool off I did feel something behind me as I was walking out of water but tried to ignore it,” she added.

Some cynics commented that the creepy image was a result of the sunlight on the water.

Ghosts according to different cultures

Since ancient times, almost every culture in the world believes in ghosts. Also known as a phantom or spectre, a ghost is the spirit of the dead person or animal that can appear via visible form or manifestation to living humans.

In many religions, practices such as spiritualism, ritual magic exorcisms, and even funeral rites are practised to rest the ghosts or spirits of the deceased.