MANILA, Philippines- Nurses and caregivers seeking a career abroad may find their luck in Germany and Japan as the Philippine Overseas Employment Administration (POEA) announced job openings in the two developed countries.

According to a report by Balitanghali on Tuesday, July 5, Germany’s Triple Win Project has openings for 70 ICU nurses while Japan is in need of 48 nurses and 500 caregivers. The Triple Win Project between the country and Germany, which started in 2013 and will end this year, aims to solve the shortage of nurses in the European country by hiring professionals from Herzegovina, Bosnia, Serbia and the Philippines. 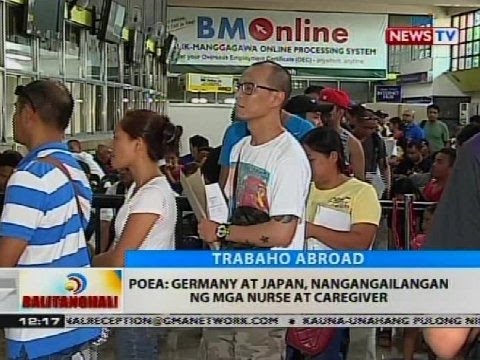 Interested applicants must have a Bachelor of Science in Nursing degree and a valid Philippine Nursing license. If accepted, the successful applicant can expect a monthly salary of P119,000 in Germany.

Applicants in both job openings are encouraged to register at the POEA website.

What are the career options of unemployed nurses in the Philippines?

According to the Alliance of Health Workers, there are 200,000 unemployed nurses in the country as of 2014. With nursing schools producing thousands of graduates every year, most nursing graduates are left without a choice but to settle for salaries below the minimum wage just to be able to pursue their profession.

However, Not all nursing graduates can afford to work with meager income as most them have families to support financially. In fact, about 300,000 nurses explore different careers due to low wages, a report by ABS-CBN revealed.

If you’re a nursing graduate who failed to secure a nursing job in the hospital, here are five career options you may explore, according to Nursebuff.com.

2. Be a coding specialist or medical coder.

5. Be a health or science writer.