A touching video showing a caring German Shepherd helping another dog to safety after getting stuck in the railings is making rounds online.

User Edith Govea shared on her Facebook account the video and photos of the adorable rescue mission she captured in San Luis de Potosi, Mexico.

What is the Video All About?

The adorable video started with a small white dog that got stuck and tried to wriggle through the railings on top of a courtyard wall. It can be seen struggling to push its way through.

Suddenly, a large German Shepherd appeared and decided to lend a paw to the smaller pup. It tried to pull the little dog through the gap to escape. 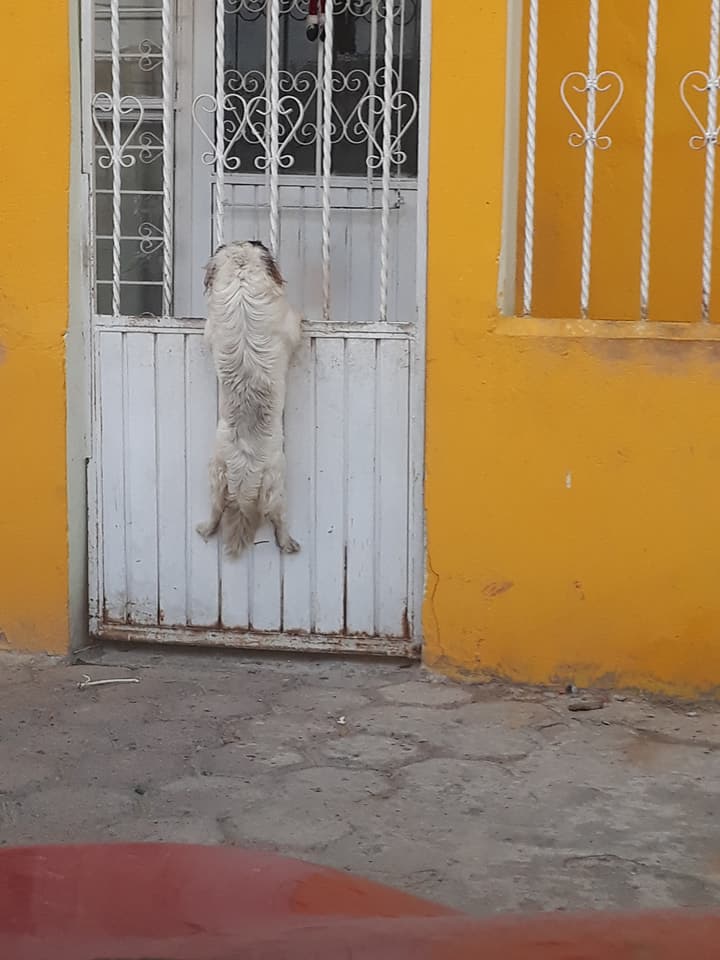 The little dog got stuck in the railings. [Image Credit: Edith Govea / Facebook]

In the beginning, the bigger dog’s efforts may look like it is not making any differences at all. Thinking brightly, the German Shepherd used its two paws and even its teeth to help the smaller one. It gave the other dog a gentle tug by the scruff of its neck.

Because of the bigger dog’s efforts, she managed to drag the little dog far enough through the railings for it to squeeze the rest of the way through and to jump down to the ground. 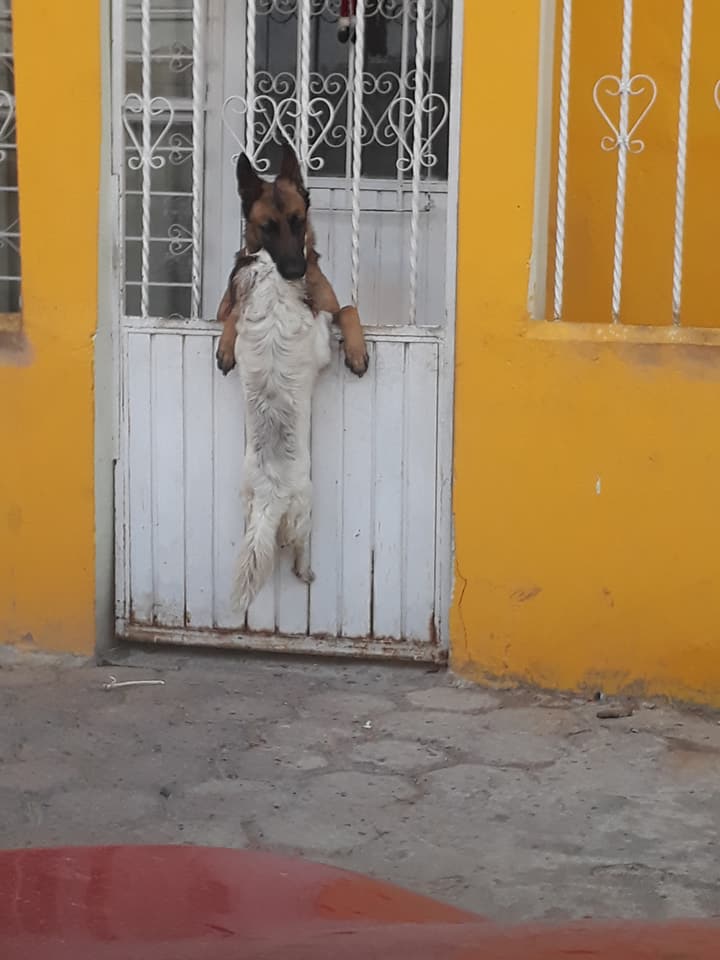 Edith also shared that the German Shepherd’s name is Bunny while the white dog was named Malik. She revealed that she found it bizarre how the bigger dog was able to help the smaller one that’s why she posted the video.

I spend a lot of time in this area and I saw these two dogs and I found it bizarre how he fought to help his friend.

Bunny lives in the house in the video. Meanwhile, Malik lived in the neighborhood and is regularly visiting his friend.

This is not the first time that dogs showed their compassion. A Golden Retriever named Jacob helped comfort the community in Parkland, Florida, after the mass shooting that claimed the lives of 17 people, young students included. Jacob allowed other people to pet and stroke him for them to feel more relaxed and experience a lowering of blood pressure.

Jacob is one of the Lutheran Church Charities’ purebred dogs who arrived in Parkland to bring comfort to the survivors and first responders. 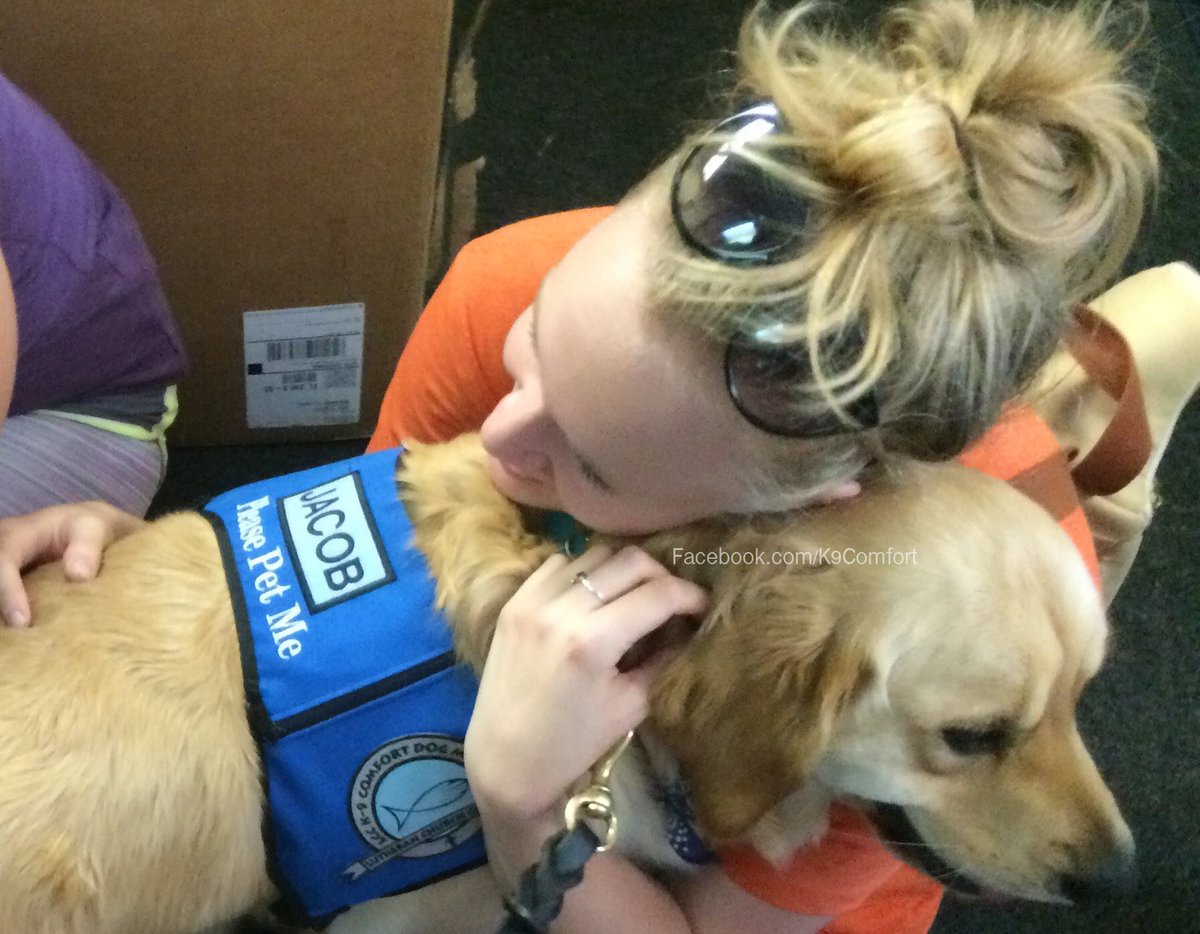 Jacob is one of the rescue dogs who helped the survivors of the recent mass shooting. [Image Credit: LCC K9 Comfort Dogs / Twitter]

It is beautiful to see how dogs also show love and compassion, right? If animals can show their love to each other, humans surely can too!
Share
Tweet
Pin
Share
Tags:caring dogs, dog helping another dog, german shepherd, Jacob the golden retriever, puppy love