Benjamin Holst, a 30-year-old German national who allegedly victimised people in Thailand, is now in the Philippines after being deported from Thailand.

Holst, who is suffering from a condition called macrodystrophia lipomatosa which left him with a swollen left leg, apparently used his condition to milk money from good samaritans.

In a report by  Coconuts Manila, it was revealed that Holst was spotted homeless in Khaosan road in Thailand. After claiming he lost his money and passport, the organisation Deutscher Hilfsverein Thailand provided him shelter.

He also received THB50,000  from the organisation in order to get a flight home.

However, authorities soon discovered Holst spending the cash to party with  some bar girls in Pattaya. 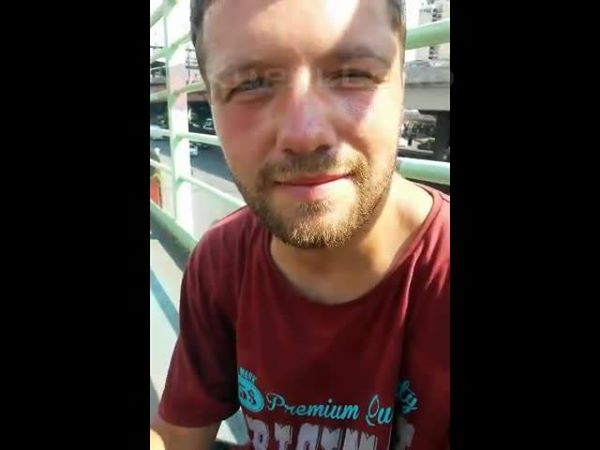 “It took only about one day after he got ahold of the cash for photos to turn up of Holst partying with bar girls in Pattaya, breaking the hearts of his well-meaning benefactors,” reports Coconuts Bangkok.

The Pattaya police then arrested him for “causing a public nuisance”. Eventually, he was deported out of the country in September last year.

In November last year, Holst was photographed by a Thai National begging on the streets of Denmark.

A video posted by Kupal Lord on Facebook showed the dishonest foreigner begging at an overpass in Quezon Avenue confirming his presence in the country.

Reports claimed that Holst arrived in the Philippines on May 15.

It looks like Holst is about to do the same thing as he recently uploaded photos of bar girls and a jacuzzi tub in Angeles City on his Facebook account.

How to Spot a Con Artist

According to Dr. Phil, con artists use tricks, lies and secrets to manipulate people in order to get what they want. Many people who easily trust other people fall prey to their tricks. Fortunately,  there are ways to spot a con artist.