A few months ago, the photo of a doting father who was only watching while his kids enjoyed a meal at Jollibee went viral, with people making him the perfect example of what great dads can be, how they are willing to sacrifice anything and everything just to make their children happy.

The photo went so viral that netizens soon reached out to ensure that the father, identified as Tatay Ryan Arebuabo, would finally get to enjoy a full meal. Several netizens also donated money and goods to help Tatay Ryan have some capital to add to his small business.

While that was a rather touching post, one ‘beki’ (gay) trolled the photo and created his version. This time, instead of two hungry children eating the meager food before them while the dad watched, the photo shows the gay grimly waiting while three guys (her ‘boylets’) heartily ate a feast. 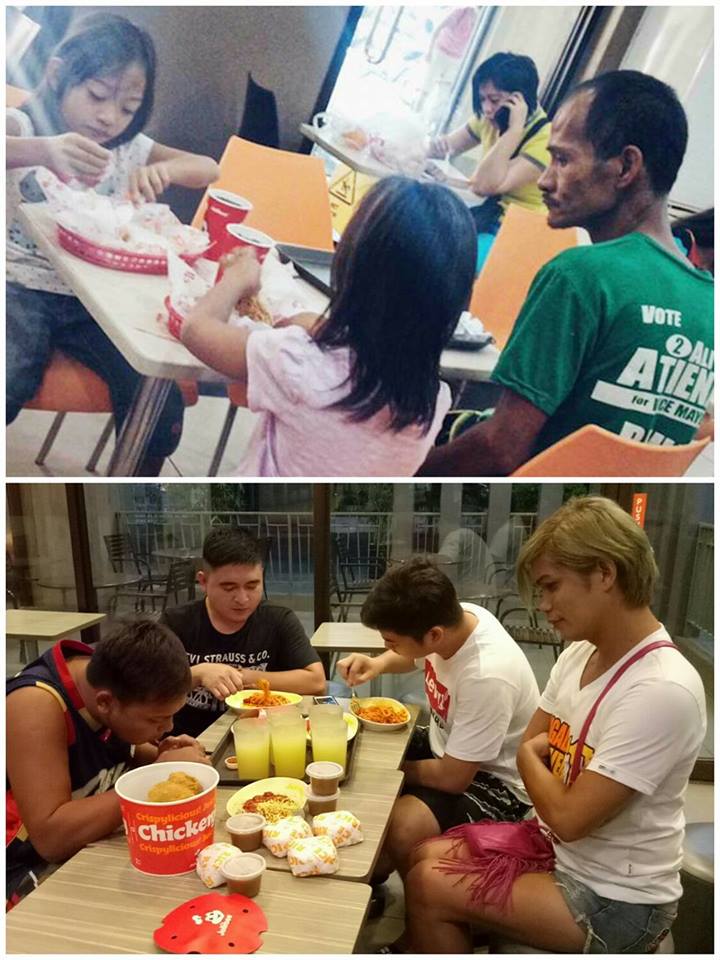 The post quickly went viral after it was shared by Facebook page DYOSA POCKOH, gaining over 38k reactions and nearly 11.5k shares within just 2 days after it was posted. But it drew mixed reactions from netizens.

While most were laughing at the post, seeing humor in the troll version, others were more serious and admonished the gay for making a joke out of something that constitutes pure love. Many pointed out that the love the father had for his children was pure while this gay’s love for his boylets is another thing.

But lighten up, it’s really just a joke! LOL.