In the past, a number of ladies had gone viral for going to a fastfood outlet while wearing their house clothes but one gay has decided to top these ‘records’ by going to Jollibee wearing just a swimsuit! LOL

Videos of the gay identified as Riri Santorini went viral after these were posted by his friend Aljan Dasalla Adolfo on Facebook.

It was certainly a joke post and Riri clearly went there to have fun with his friends as they recorded the clip but it made a lot of netizens laugh, anyway. 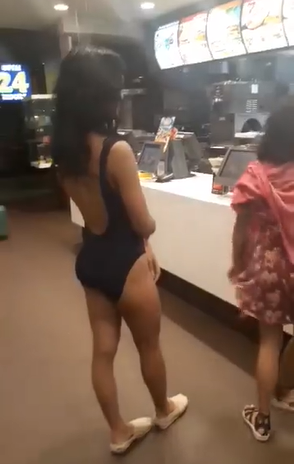 The post quickly went viral, with the videos garnering a total of more than 1 million views. A lot of netizens commented how they felt truly amused with the videos, saying they could not dare do this and were glad someone actually did it and had a lot of fun.

Many tagged their friends, daring them to do this. 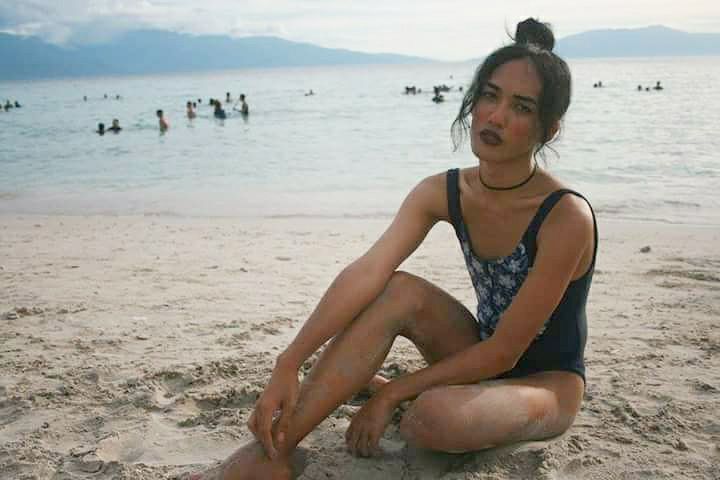 As expected, the post didn’t make everyone happy. There were those who called out the gay and his friends for doing this just to go viral. Well, these guys probably did but who cares? It was fun, anyway, right?

Besides, they did not hurt anyone with their silly prank but actually made a lot of people laugh.

While a lot of fancy [aka expensive] restaurants require a dress code for their diners, fast food joints don’t actually have a dress code. Unless you were wearing something lewd or dangerous, you won’t be refused or asked to get out of a fast food restaurant.