A number of fast food outlets have a drive thru for the convenience of those who just want to order a quick takeout meal. The premise of ordering via the drive thru is that you have a vehicle.

What happens if you don’t have a vehicle but the lines at the counter inside the store are too long and the drive thru window has fewer customers? 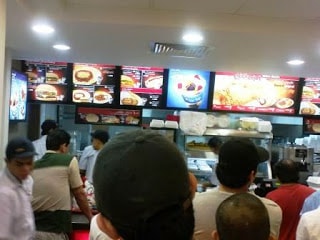 Well, a group of friends had this rather genius idea of ‘riding’ an invisible car so they can order food at the Jollibee drive thru because the queues inside the store were long.

Laughing at their own crazy antics, the group positioned themselves in a manner that people would normally take if they were riding a car. They were standing, of course, but the designated ‘driver’ made sure to drive them carefully towards the important stops at the drive through – and he didn’t forget to ‘release the hand brake’ before moving forward to the counter. 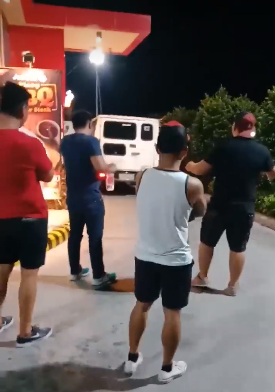 It was really so hilarious to see these guys ‘riding’ their invisible car that the crew at the counter couldn’t help but laugh. They’re so crazy, right? LOL. But the crew played along, accepting the guys’ orders, still laughing at their silliness. 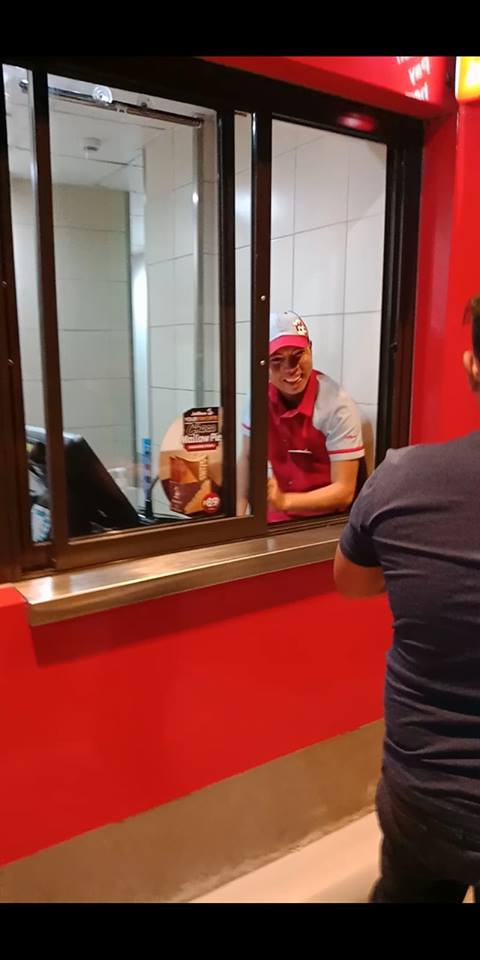 After their order was taken, the group continued towards the claim area without breaking their position. The crew at this counter also laughed at the guys, even gamely giving the ‘driver’ a fist bump.

They continued towards the exit in the same position, Giving each other high fives, knowing they got their way and were able to order much faster than the customers inside the store. Clever trick, isn’t it? 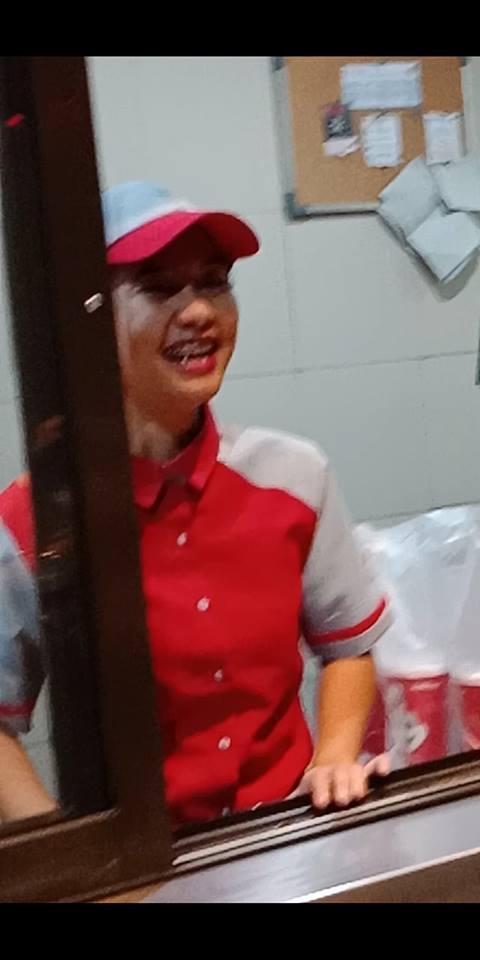 But the guys did not just trick the Jollibee crew, they had also become famous on Facebook. Less than 24 hours after the video was posted, the video has garnered close to 1 million views!