Season 12 of The Voice has just kicked off with stellar performances from singers of various genres but only two of them got all four coaches to turn: a guy named JChosen and a Filipina teenager named Anatalia Villaranda.

According to her website, Anatalia was born in San Diego, California but she’s proud of her Filipino roots. The 16-year-old Pinay who now lives in Temecula, California sang Bruno Mar’s “Runaway Baby” with such power and energy that all four coaches were just blown away!

Blake Shelton, Adam Levine, Gwen Stefani, and Alicia Keys fought hard to entice her to their respective teams but she would pick Alicia.

Anatalia’s performance started great enough but as the coaches pointed out, when no one turned for her during the first minute, she actually sang more beautiful and tried to project so hard that it sounded like she was silently screaming “Push that button!” at them. 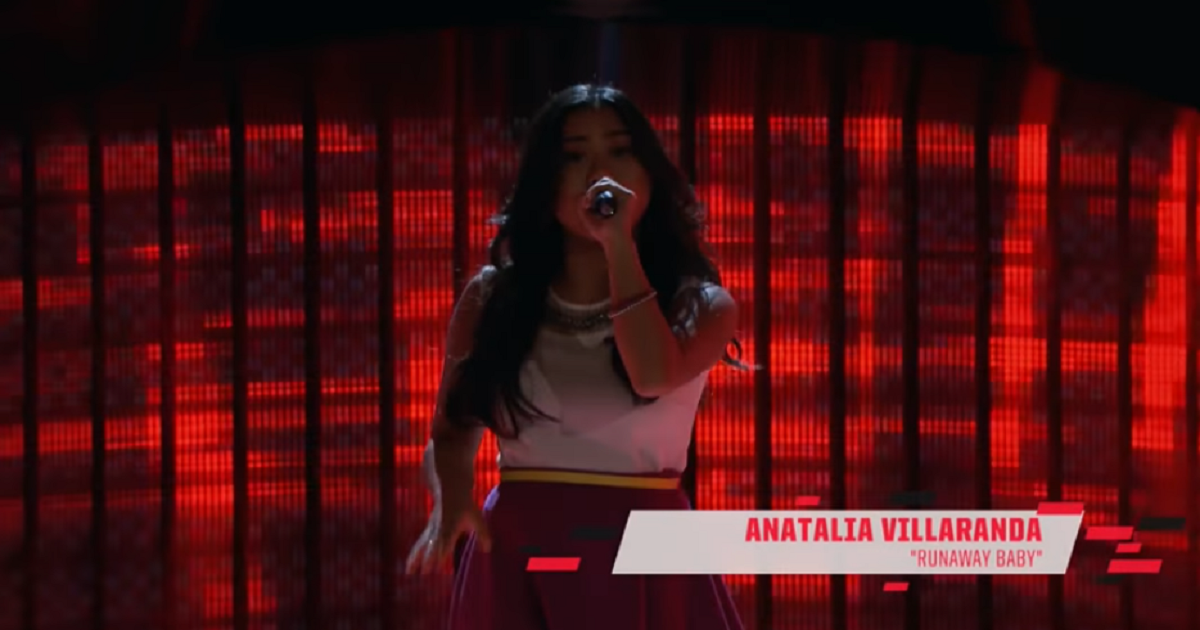 Screenshot from video by “The Voice” // NBC

Blake and Alicia turned at the same time while Gwen and Adam were able to catch up as her performance was about to end. With all four chairs turned, the teen couldn’t help but celebrate on stage.

Her supportive family were also screaming so hard at the side of the stage that the coaches actually invited them on the stage, much to Anatalia’s delight. It was the first time the coaches invited a contestant’s family on stage this season.

It was quite emotional as the family hugged her tight and Blake couldn’t help but comment how her brother was squeezing her so tightly – and the boy apologized, with tears in his eyes.

Truly it was a beautiful moment and we couldn’t wait to see Anatalia win this season! Good luck!

What is “The Voice”?

“The Voice” is an American reality television singing competition broadcast on NBC.

It differs from other shows in that it primarily focuses on “the voice” than the contestant’s overall appearance; thus, all contestants have to go through the blind auditions and sing to the coaches’ backs. The coaches who like the singer’s performance turn their chairs – and the singer, then, gets to pick the one he/she wants to have as coach for the season.