A Facebook post titled “Philippine Nursing is Dying” is making rounds on social media following President Benigno Aquino III’s decision to junk the bill aiming to increase the minimum salary of nurses in the Philippines.

Dr. Carl E. Balita, a nurse advocate and educator, wrote a lengthy post on his Facebook page detailing why the nursing profession in the country is in critical condition. Balita emphasized that there is a global preference for Pinoy nurses but cited issues that lead to condition of the Philippine nursing profession. 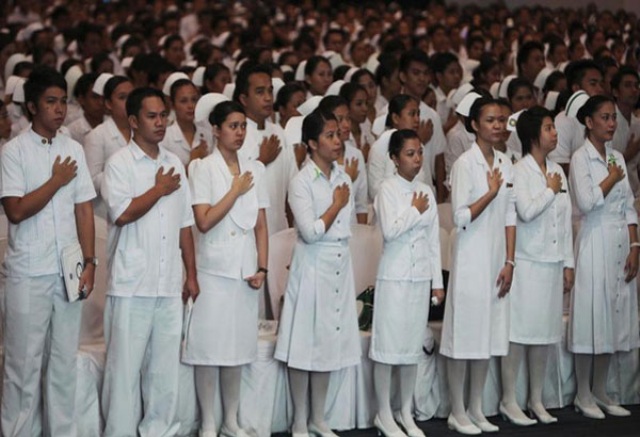 Contrary to the popular notion that there is an oversupply of nurses in the Philippines, Balita claimed that there is underutilization supported by the fact of overloading nurse-to-patient ratio in both government and private hospitals in the country. Because of the insufficient number of nurses in hospitals, Balita said the situation results to poor health care service of Filipino patients.

The limited job opportunities for nurses in hospitals, according to Balita, rob nurses of their chance to get required experience to work overseas. Although a Filipino nurse may pass an international examination, he needs to have at least 2-year experience to explore opportunities outside the country.

“This is why many nurses are desperate in working even for free just to be able to obtain a certificate of employment which can somehow open the doors of their overseas opportunities,” Balita explained.

Despite the passing of the Philippine Nursing Law in 2002, Balita revealed that the law, which mandates that nurses in the government should have an entry level salary grade of 15, is not being implemented in most government hospitals. In private hospitals, nurses are offered salary way beyond the minimum wage.

“This reality brings many nurses elsewhere – from spas to skin clinics and even call centers. Some end up shifting to other careers like teaching, sales, or business. Poor nurses who could have filfilled their noble profession but are pushed into becoming somebody else,” he added.

According to Balita, there is poor utilization of nurses in public health, schools and occupational health, “where they can be most useful”. Balita believes that this deprives nurses the opportunity for career fulfilment and advancement.

Balita also revealed that nursing colleges nowadays “are dying” due to public knowledge of the underemployed and unemployed Filipino nurses.

Lastly, he cited that the disunity among nurses for their cause is “killing Philippine Nursing”.

To end his post, Balita urged nurses to unite in saving Philippine nursing from the critical stage of dying.