The plot thickens in the somewhat exciting, although also anger-inciting, story of the involvement of at least five Philippine National Police (PNP) generals in the rampant drug trade across the country. While thousands of drug addicts and (small-time?) pushers have voluntarily surrendered to the cops or their village officials, many remain quiet and deny their involvement despite supposed evidence against them.

Filipinos were shocked when President Rodrigo Duterte boldly named the five generals who are allegedly involved in drugs – for no one expected that he would so calmly call out their names in public.

This announcement came months after Duterte gave warnings that he would publicly shame those high-ranking ‘drug protector’ officials unless they voluntarily surrendered. It seemed that everyone thought he was just bluffing! 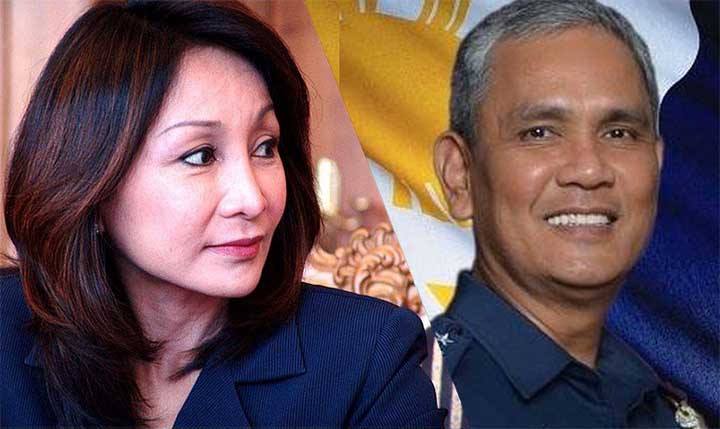 But now that he already named the generals, several people have come forward to add their own ‘testimonies’ and supposed evidence to give credence to Duterte’s accusations. One of these is former Cebu governor Gwen Garcia who claimed that one of the accused, retired PNP general Marcelo Garbo had allegedly refused to help in the province’s anti-drug campaign.

According to Garcia, Garbo told her that it was not the PNP who should work on stopping illegal drug trade in the province but the job of the Philippine Drug Enforcement Agency (PDEA).

“During my second term as Governor of Cebu, I chaired the Regional Peace and Order Council (RPOC) of Region 7. In one RPOC meeting, I remember having a spirited exchange of words with then Assistant Regional Director Garbo. Aware then of PDEA’s limited personnel and resources, I had asked that PDEA, the AFP and the PNP join hands in our total all-out war against illegal drugs,” the former governor wrote in a now viral post on Facebook. “Surprisingly, Garbo refused. He said it was PDEA’s problem, not the PNP’s. Notably, neither PDEA nor the AFP agreed with him.” 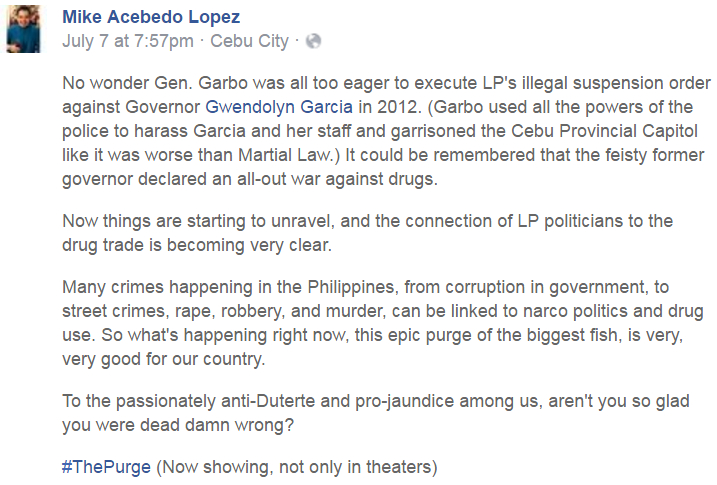 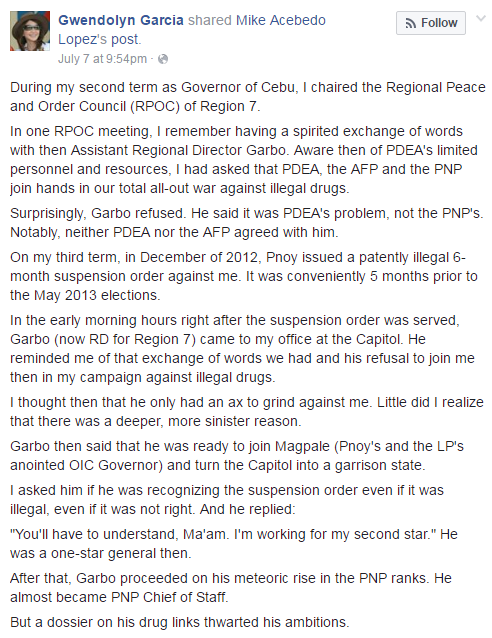