Those who are into beauty and makeup would easily agree that eyebrows are very important. The way you shape your eyebrows can change your whole look.

Eyebrow trends come and go. Some women prefer super thin brows while the more natural and full ones have graced several magazine covers. Have you heard of the latest trend when it comes to eyebrows? The fishtail brows are as crazy as it looks as it sounds.

The fishtail brows trend debuted on social media and is taking the internet by storm. This involves shaping the brows into two distinct sections and are angled in opposite directions, like a fish’s tail fin, just like in a photo of beauty influencer Huda Kattan. But don’t freak out! Her eyebrows are not real.

This brow trend began with people using Photoshop to modify their old photos so that the arch of their eyebrow appears split in two and resemble the tail of a fish. 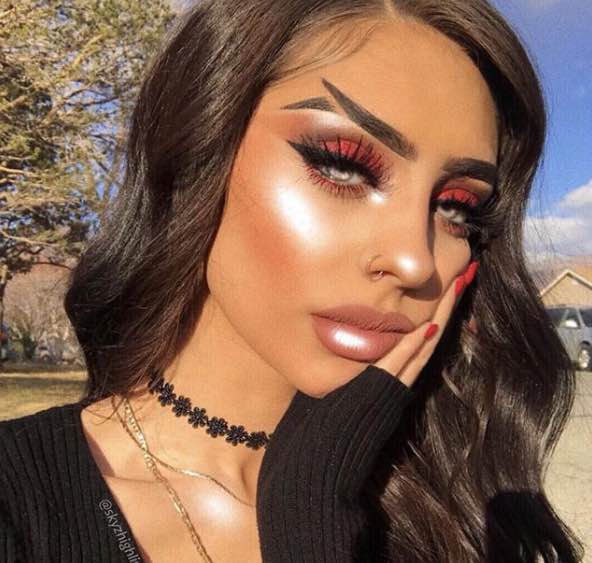 The fishtail brows trend is taking not only the beauty world but also the social media world by storm. [Image Credit: skyzeditz / Instagram]

Who Started the Fishtail Brows Trend?

The fishtail brows started with brow specialist and Instagram influencer Stefan (under his username SkyzEditz) who developed the eyebrow trend while experimenting. According to the self-appointed “leader of fishtail brows,” the key to achieving this look is digital wizardly rather than makeup magic.

I was watching America’s Next Top Model and noticed Rio Summers had a slit in her eyebrow with a tiny lift and thought that was interesting, so I then went onto Photoshop and played around with Huda [Kattan]’s eyebrows, extending the shape and increasing the gap. I then noticed the shape looks similar to a fishtail, but I was debating whether to call it fishtail or horn brows due to the edit I did of @hailey_bui looking more devil-ish then fish-like! 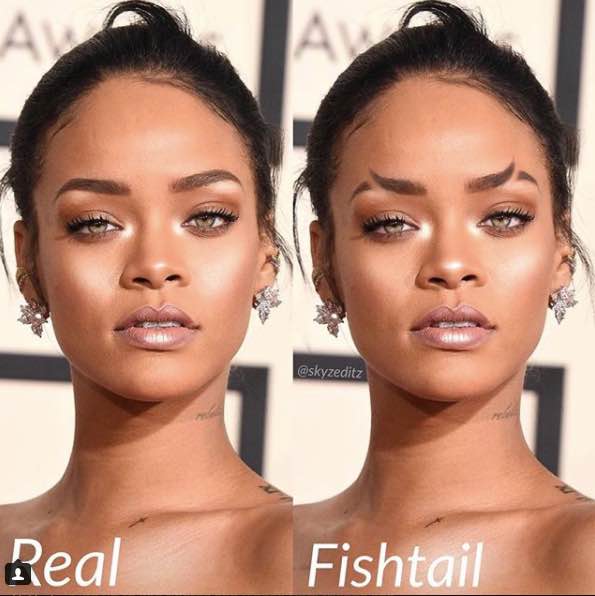 But the brow trend does not involve immediate carving of your eyebrows. [Image Credit: skyzeditz / Instagram]

People Are Trying it In Real Life

Although it started as a Photoshop trend, people cannot stop but to actually draw on their brows. Beauty bloggers Veronica Rose and Kayla Sanchez drew on their brows and copied the fishtail brows trend.

However, according to brow specialist Piret Aava, popularly known as the eyebrow doctor, warned women who enjoy following trends. She stated that no matter how much you love the new trend, drawing on the shape as bold as the fishtail brows or doing a more permanent process like microblading or tattooing an eyebrow, may turn into a regret down the line. 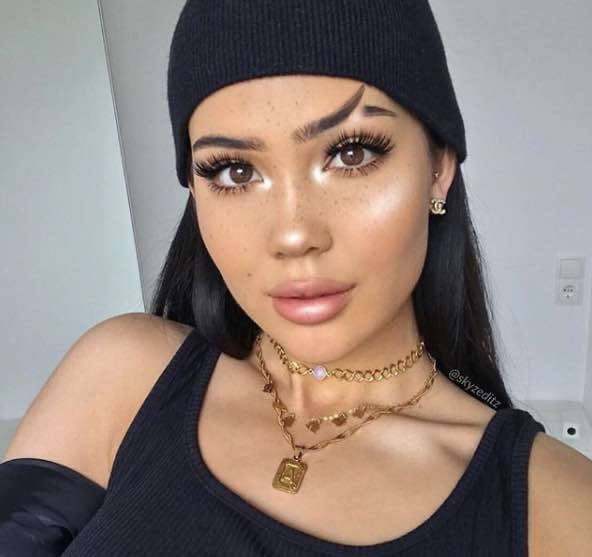 Are you willing to risk your eyebrows to try this trend? [Image Credit: skyzeditz / Instagram]

Before you jump on the bandwagon, make sure that you are 100% committed and ready for the results. Are you willing to take the risk?
Share
Tweet
Pin
Share
Tags:beauty trend, crazy news, eyebrows trend, fishtail brows, microbladding