A lot of people have fish as pets at home but most are for display purposes only, of course. You really can’t imagine a fish being more than a relaxing feature at home, right? Well, one fish has proven that wrong because it shows awesome soccer skills!

In a video that has gone viral on Facebook page Yak Boy Fresh, a fish could be seen swimming in a shallow plastic tub placed near a mini soccer goal pitched near the wall.

Just like a real soccer game, the ground from the plastic tub to the soccer goal was green, simulating a grassy place that the players can roll the ball on. 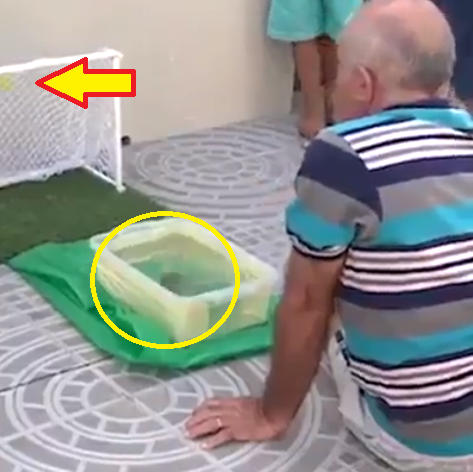 But this is no ordinary soccer game because there are no people involved in the game, except as scorers and spectators.

The fish inside the tub has been trained so well by its owners that it could easily hit a special soccer ball with its tail and make it go inside the goal!

Now, you might say this is crazy because you can’t count the goals as score since there was not goalkeeper to block the shots but considering that this was a fish, it is already quite awesome that it can even hit that ball and make it go towards the goal – because if this had been just random shots, the ball wouldn’t be directed towards the goal in the first place, right?

So, props to the owner of this fish for training it well but we’re definitely quite impressed by this mini wonder! What a great fish. 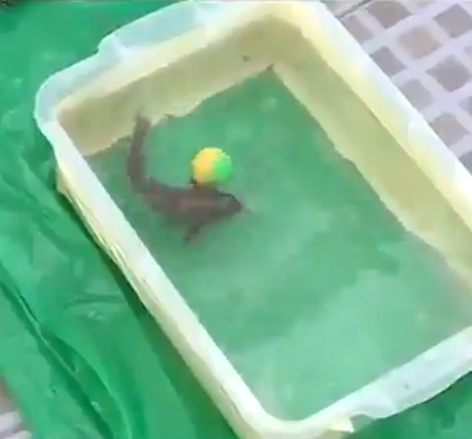 Soccer is a ball game played between two teams, each eleven players each, with the goal of scoring a point by getting the ball inside the opponent’s goal which is guarded by a goal keeper.