Proud of heritage and the fact that he’s the first from his tribe to graduate from the University of the Philippines (UP) Manila, an Aeta walked the stage to accept his diploma while wearing a traditional ‘bahag’ to the ceremony.

Norman King takes pride in being the first Aeta to graduate from the university; thus, he took his mother and grandparents to stage with him as he accepted his diploma.

(I’m not the only one who took the stage; it’s like every one of us, my fellow natives were represented there.) 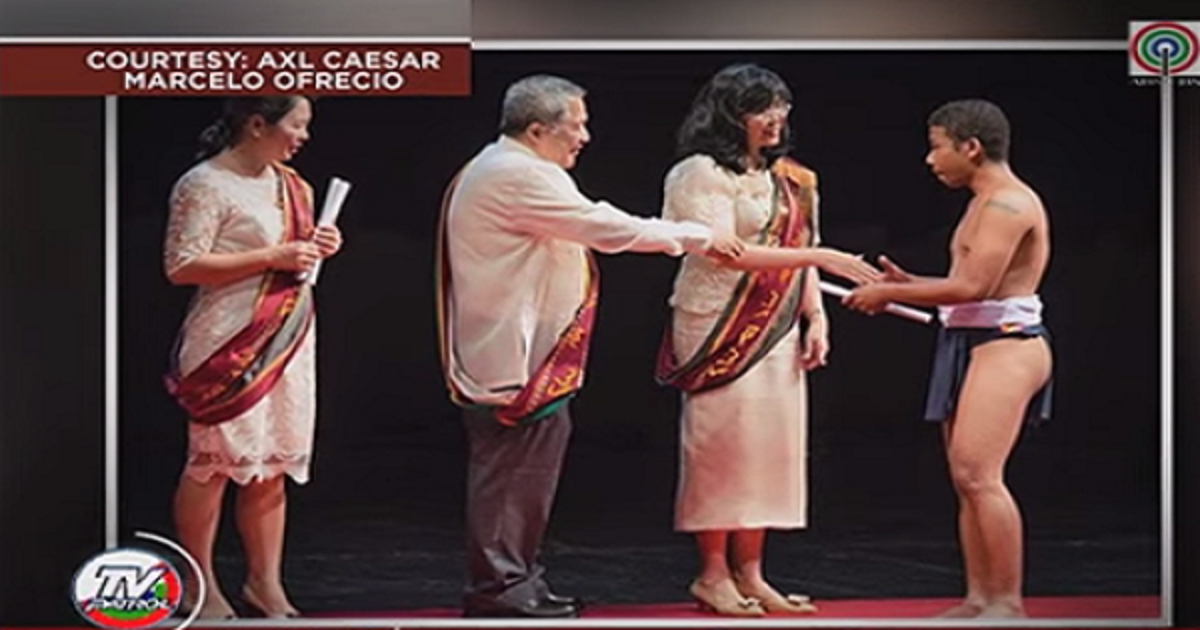 King admitted that graduating from his course Bachelor of Arts, Major in Behavioral Sciences was not easy because he faced plenty of challenges. He said that he’s not ashamed to admit he had failed a lot of subjects throughout his studies, especially math subjects but he plodded on and did his best so he could graduate.

Aside from studying the difficult subjects he had to face in school, King also developed an interest in photography and goes by the name Isagani Malaya. His watermark for his creations is a ‘baybayin’ that means ‘malaya’ (free or independent).

Most of his photographic creations feature culture and nature.

Now that he has graduated from college, King wants to help his family and fellow Aetas. He said he has no plans on going abroad but might actually write a book about the tribe’s history and culture.

King hopes to become an inspiration to his fellow Aetas.

Baybayin is an ancient Philippine script that is now very rarely used in modern times. This writing system has been well documented by the Catholic clergy living in the Philippines but has become much unused as time passed by and the English alphabet was introduced to the country.

There have been bills filed in Congress for Baybayin to be taught in school and used in logos of businesses, especially by government offices so it won’t be completely forgotten.