In a fire that razed a condominium unit in Quezon City in Metro Manila, Philippines last Monday, several firemen rushed up the tall building to save people still trapped inside.

Smoke coming from the stairs made it difficult for people to move downstairs to safety but the firemen risked their lives as they made sure no one will be burned alive or suffocated by the smoke.

Senior Fire Officer 2 Florencio Asonza was one of the firemen tasked to rescue people inside the burning condominium building. Assigned at the Quezon City Fire District, Asonza moved from floor to floor with his colleagues to ‘sweep’ the area of trapped people.

While suffering a heart attack at the 8th floor, he heard someone screaming for help. Despite his condition, he rushed to the direction of the screams and managed to save the family. 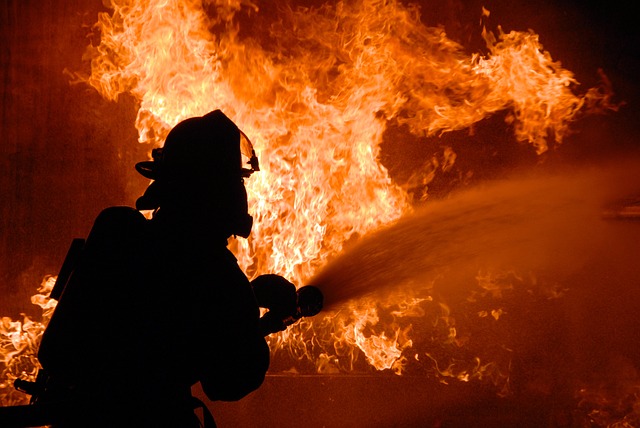 “Nakaramdam ako ng pamamanhid ng kamay ko. Na-heart attack na pala ako nung nasa 8th floor [I felt my hand go numb. I realized I was suffering a heart attack when I was at the 8th floor],” he later narrated.

“Sinubukan kong tadyakan ang pinto at nung nabuksan ko nakita ko isang pamilya, may isang bata na hawak hawak ng tatay at halos nasa bintana na sila [I tried to break the door down and when it opened I saw one family, one child was being held by the father and they were almost at the window].”

“Sabi ko, ‘Hindi ko po kayo iiwan. Kung anong mangyari, sama-sama na po tayong mamatay dito [I told them I would not leave them. Whatever happened, we would die there together],” he added.

Then, he left his breathing apparatus with the child and found a way out of the building for all of them – through the elevator.

Asonza is still confined at the Chinese General Hospital and is set to undergo a bypass operation next week. For going beyond the call of duty even while having a heart attack, he received a “Medalya ng Katapangan” (Medal of Bravery).

What are the Common Signs of a Heart Attack?

Here are most common symptoms of a heart attack: