Have you ever wondered if short hair suits you? If you’ve never tried cutting your hair short, there’s one simple technique that will help you find out and it only takes less than a minute.

We see a lot of beautiful celebrities who sport a short hair, and they actually look pretty. But there’s more to it than just a pretty face. You have to know the angle of your jawbone to know whether it’s better to have long or short hair.

Giles Robinson, International Training Director of Color Wow revealed a simple technique that he learned from his mentor John Frieda. It’s called the 2.25 inch test. You just need a ruler and pencil and that’s it. No calculators needed.

Just place a pencil on the point of your chin horizontally. Next, hold a ruler to your earlobe vertically so the two should create a square. The intersection where the pencil and the ruler meet is your measurement. If it’s less than 2.25 inches, then you would look pretty in short hair. If the measurement is greater than 2.25 inches, it means that long hair best suits you. 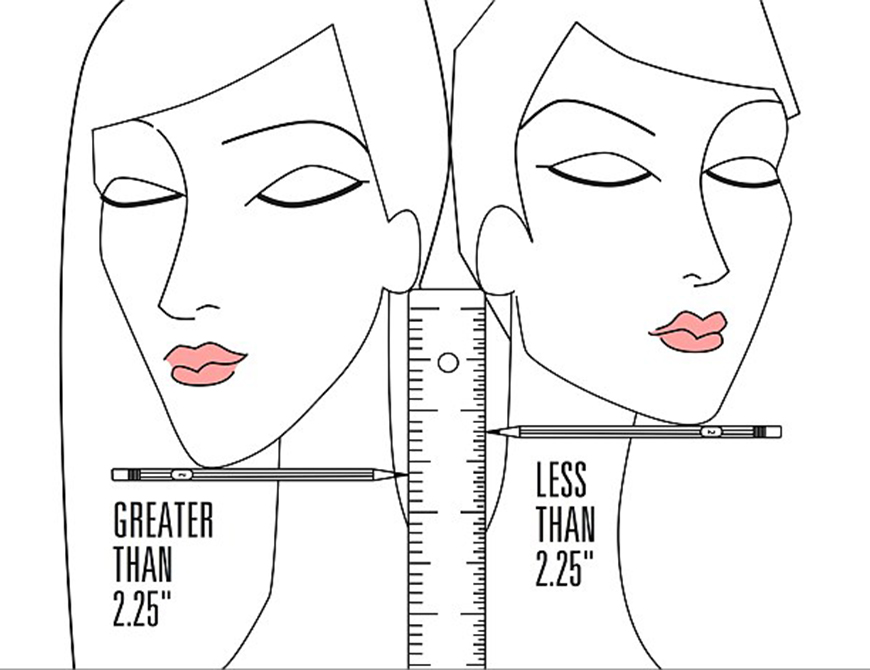 Itching to have your hair cut short? Take the test first and tell us the result by leaving a comment below.

The History of Short Hair for Women

Women always had long locks until the early 1900s. In 1908, Paul Poiret, a modernist couturier, had his models’ hair cut short for the presentation of his collection in Paris. This hairstyle is called mode à la garçonne in France, which means “the hairstyle of a man”. In the U.S., it was called a “bob” in reference to a boy’s nickname called “Bob”, simply because it looked like a boy’s cut.

In 1917, “fashionable people” started cutting their hair short and in just a few years, the “bob” became immensely popular and represented the “New American Woman” who was busy, active and independent.