“Knowledge is an ally of truth and the friend of innocence.” – Anonymous

While education should be a right of  all children,  education became a privilege for only some of the Filipinos who can afford and just a dream for children whose families are in poverty and the means of sending them to school is a hard part for their parents.

Instead of spending time inside the classroom, most children are seen on the streets, while some of them had  worked at a very young age in order to provide for their families.  A reality that we cannot deny.

It’s so heartbreaking to see children asking for alms on the streets while they should be given their access to shelter, food, home and education.   Above all, the love that they need from their families.

Thanks to this man who unselfishly offered his house and made it open for all as a public library, so that the less fortunate children who were not in school, may be given the chance to acquire learning through reading books. 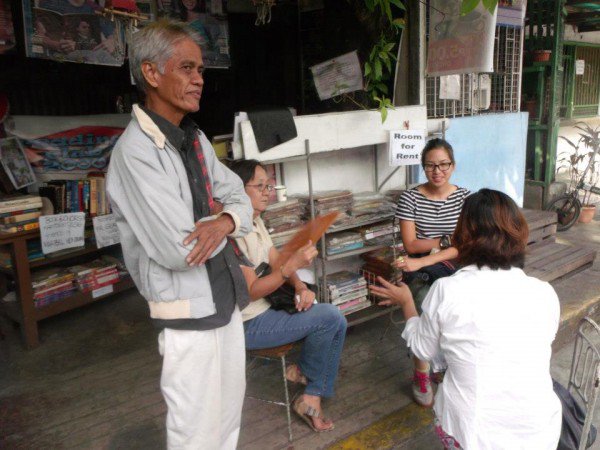 Hernando Guanlao, a retired Filipino accountant from Manila, started to set-up a mini-library infront of his house, and offered it for free particularly for the out-of-school children to honor his father for his unquantified desire for learning.

He said, “As a Filipino who didn’t have the opportunity to go to other places, I wanted to do something before I turned 70 that would help other Filipinos.” 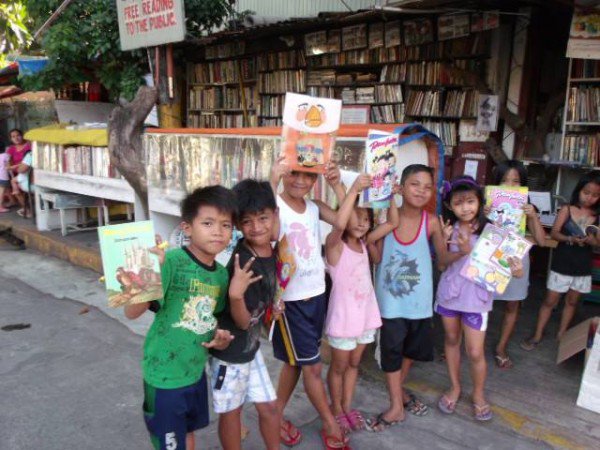 According to Oddity Central, Hernando  started this strategy in the year 2000 as a reading corner filled with his own childhood books.   The rule was, there is no rule.  Readers may borrow as many books as they wish to, and return it any time they wanted to.  Given as is, the books have disappeared in no time!

But thanks again to some people with the same mission that  regularly donates boxes of books to the library.  And in no time again, the house of Hernando has been packed with books in every corner.

In fact, Manila has  about 50 public libraries but they aren’t easily accessible,  reporter Marga Ortigas from Al Jareeza reported. “There are fees to be paid  and strict rules to comply with, before a library card is issued,” she added. 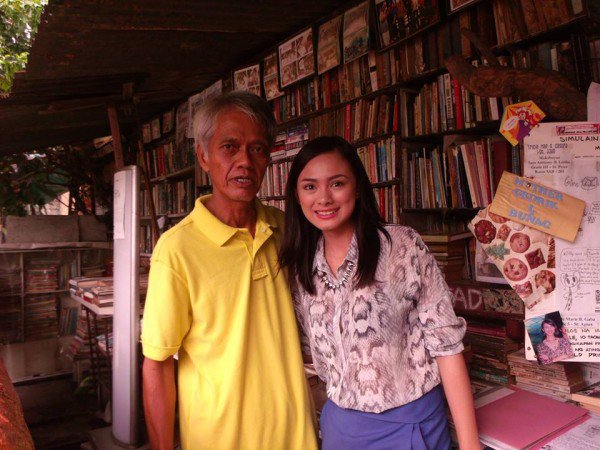 Oddity Central stated the case of a 14-year-old, Stella Monsanto, where the library has made an important significance in her life because her parents cannot afford to send her to school.  Spending her day to earn a living in selling recyclable garbage, she normally spends her free time reading books.

“Because the pages take you away and you can learn about other things through these books,” she added.

According to BBC News, as part of Hernando’s plan in expanding the concept of his library, he was able to support other man in putting-up the same thing in Bicol province by giving several boxes of books. He also donated some to a friend who set-up “book boat” library to serve the islands of Sulu and Basilan.

“You don’t do justice to these books if you put them in a cabinet or in a box.  A book should be used and reused.  It has life, it has a message.  as a book caretaker, you become a full man,” he concluded.

Just like a library that is packed with books, may our minds be filled with knowledge, that our lips may proclaim blessings and  encouragement,  and our hearts be filled with values so that we may able to unselfishly lend a helping hand to others. 🙂