Little do these people know that these homeless people are also human beings who just hit rock bottom. In our world that sometimes gets too cruel, when you hit rock bottom, it may be hard to get back your life.

Even if you want to look for a job, when you don’t look clean, nobody will accept you. You don’t have money for a haircut, and public pools and showers won’t even let you in.

Such is the case of Ian, a homeless man from Australia. For the last 6 years, he had been frequenting the corner of QVB in Sydney.

A nice man by the name of Luis Xavier del Rosario noticed this and decided to sit down and talk to him one day.

Luis sat down beside Ian and asked a question that made him a bit reluctant.

“Can I help you get your life back together?” 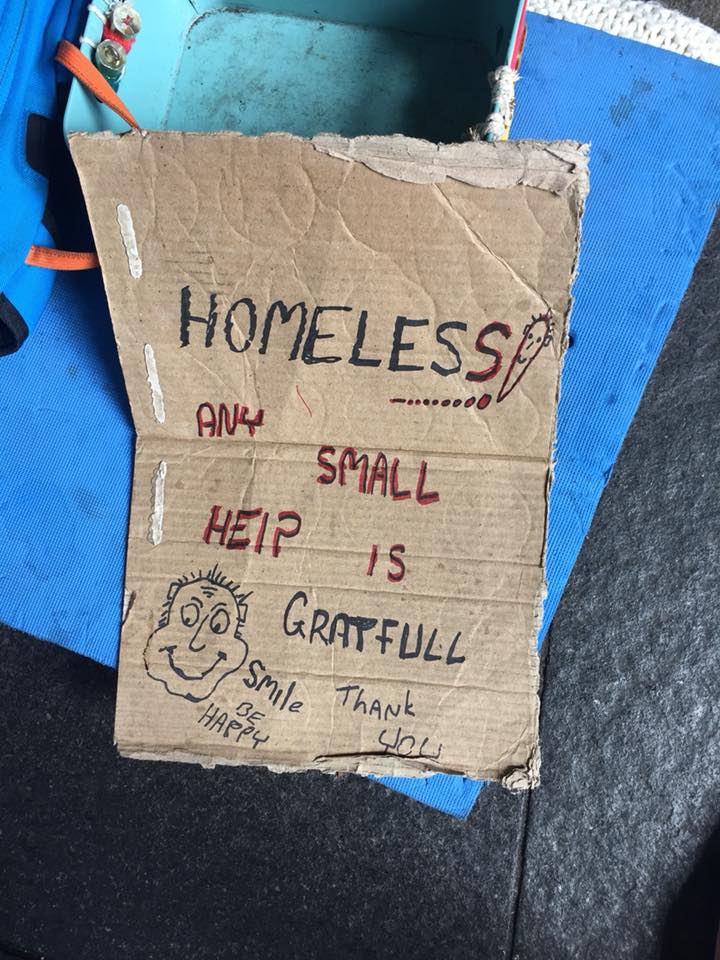 He had a sign with him that says, “Smile, be happy.” Little did he know that Luis was his key to his happiness that day. 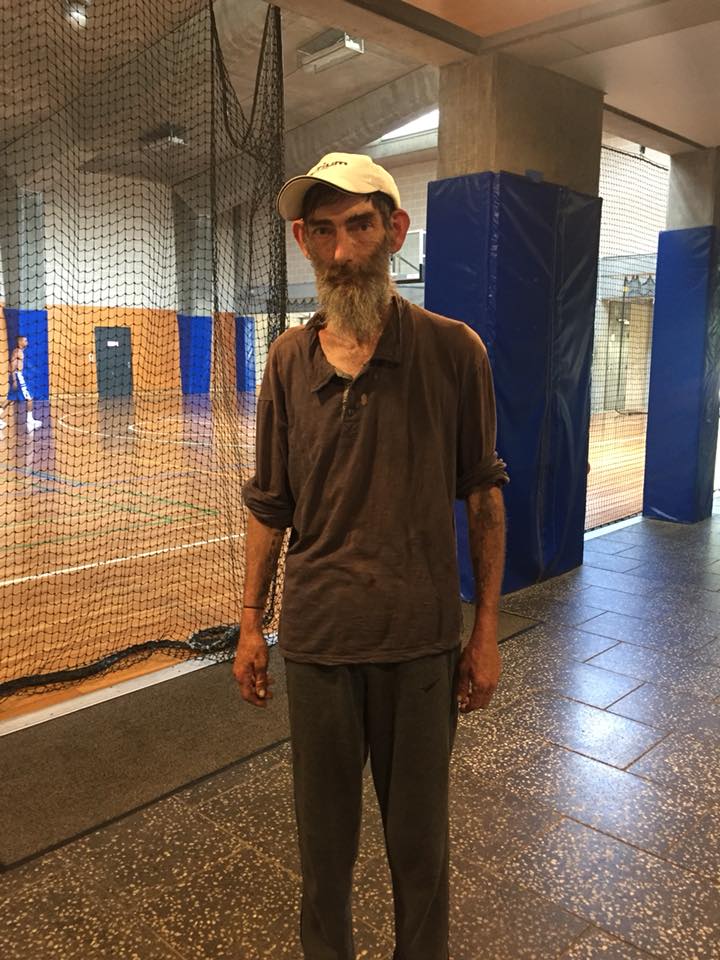 Luis brought Ian to a clothing store nearby, and while shopping, Luis noted that Ian chose the clothes with the cheapest price tag, all the while asking for Luis’ approval. This is a sign that he didn’t want to take advantage of Luis.

After buying clothes, they went to the local pool for Ian to take a shower. According to him, he hasn’t had a proper shower in years! 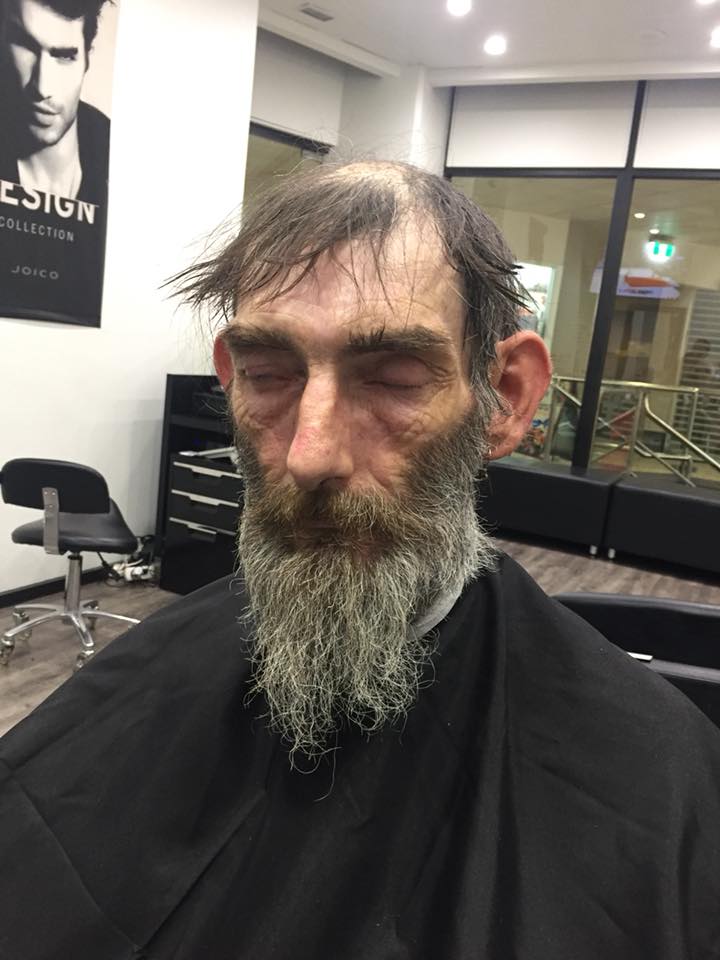 After that, they made their way to a barber shop where Ian asked for a haircut that will make him look clean enough for a job interview. 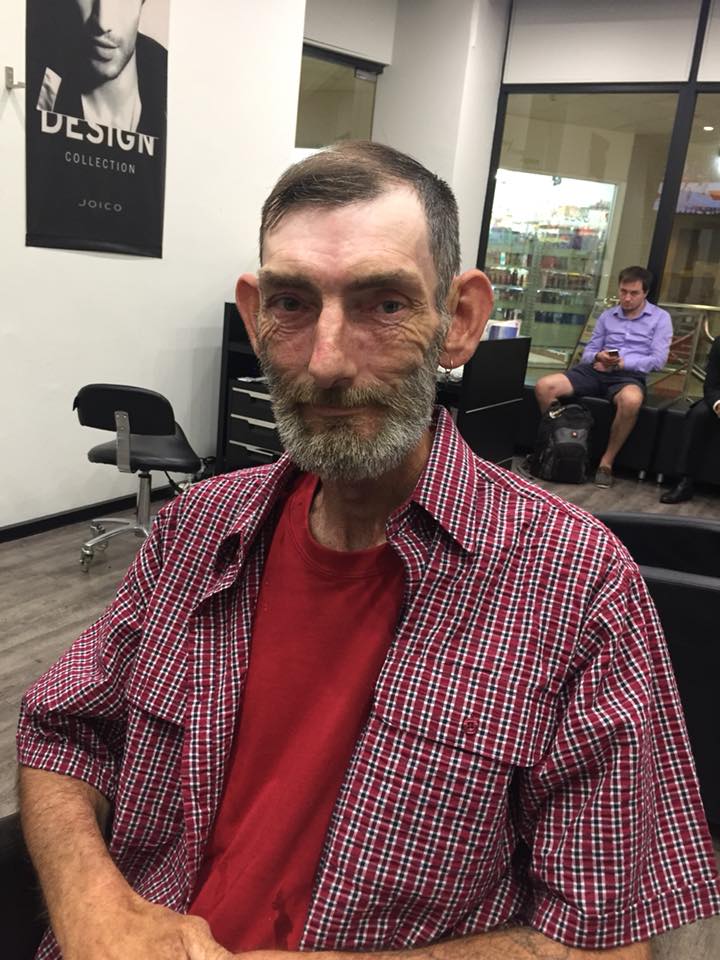 It is admirable that this man just needs a little push, he thought about applying for a job instead of taking advantage of the Luis is giving. 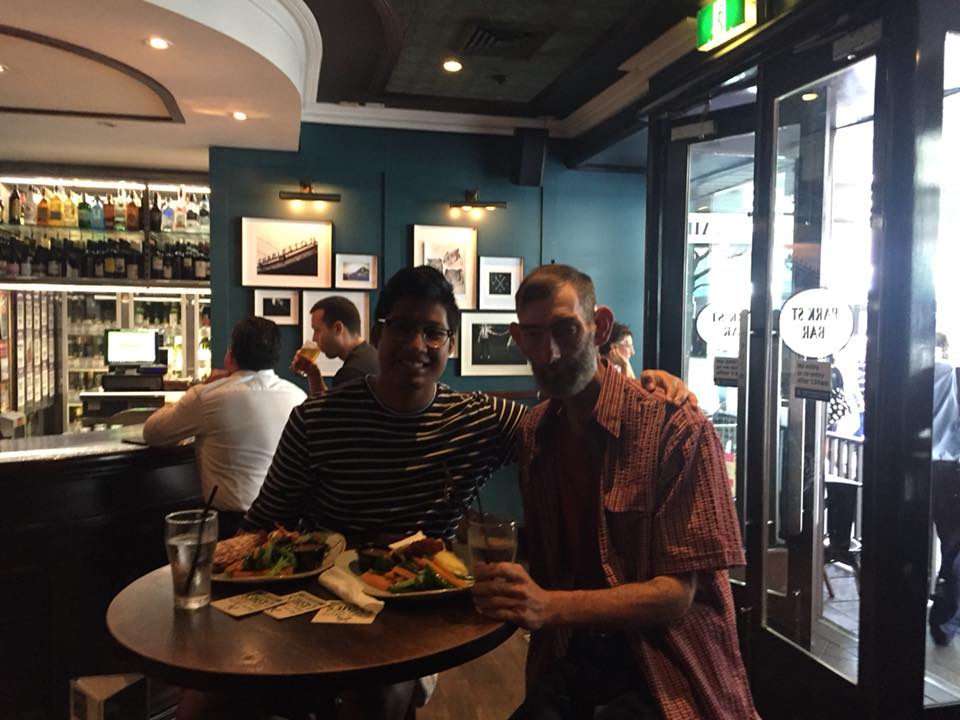 They then went to eat – Luis’ first decent meal in three weeks. Imagine that.

During their talk, Luis found out that Ian came from a broken family and he has been alone since he was young. He never had a proper education. He told Luis how lonely he was, he had no one.

“I’m scared to die, not because of death itself, but because I won’t be remembered “

Luis ended his post with a call to everyone to step up and make a difference.

“I don’t care how many zeros your bank account might have, what color your skin is, what your sexual preference is, or what God you believe in. In this world full of labels, we forget that we, in fact, are all HUMAN. As a species, we should be helping those in need. The world needs more positivity and love! We have to learn to look past the surface, and see what people are really made of deep down.”

And lastly, he gave out Ian’s details in case somebody wants to hire him. Come on, if you have a business in Australia, why don’t you try and give this dedicated man a try?

Here are his details:

He can be seen at the corner of the QVB along York St.